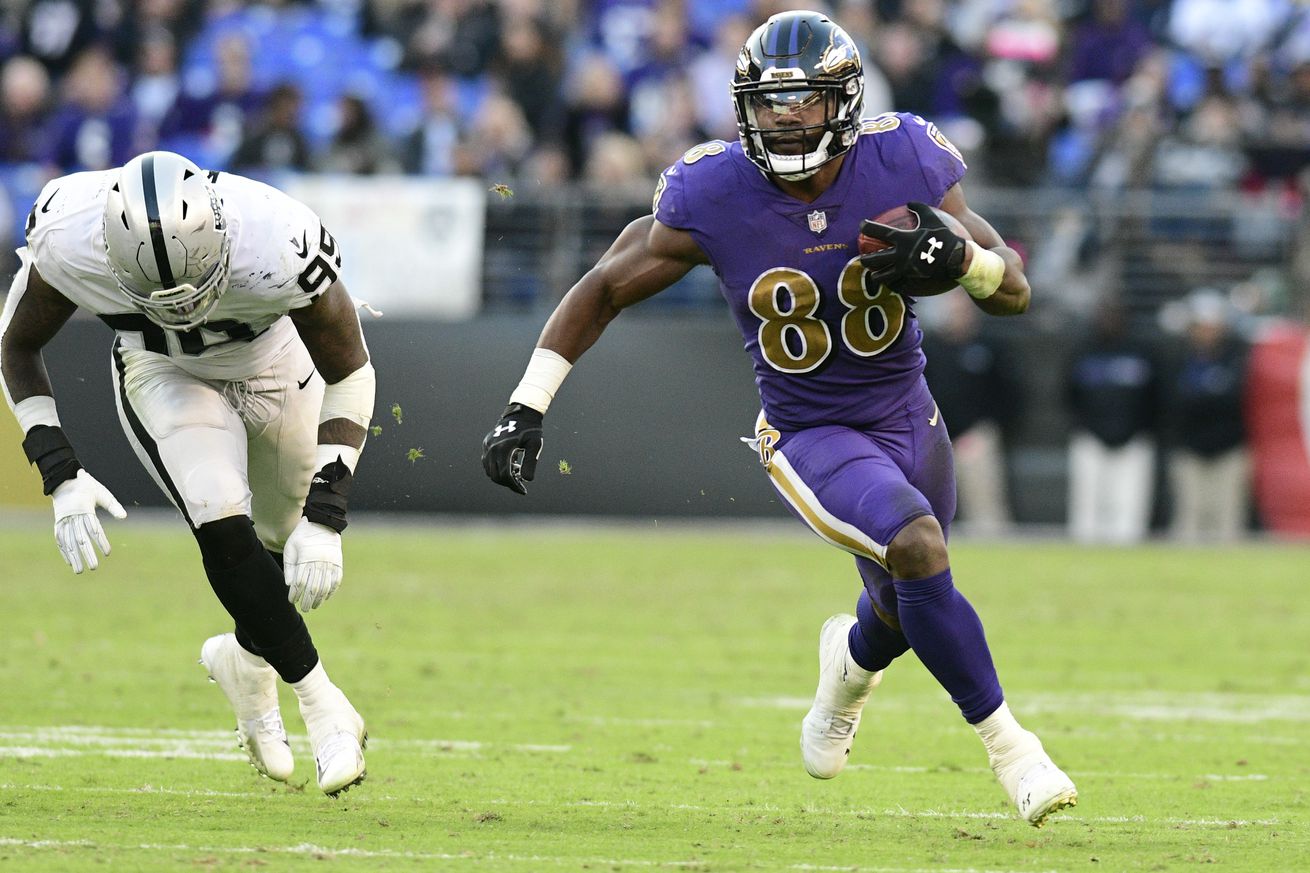 The Jets’ backfield looked pretty thin after Le’Veon Bell. To bolster depth, the team is I bringing in former Packers and Ravens running back Ty Montgomery according to Adam Schefter.

Jets are signing former Packers’ RB Ty Montgomery to a one-year deal, per source. Montgomery expected to be the back to Le’Veon Bell.

Montgomery is more a running back/wide receiver hybrid than he is a pure back. He entered the league as a wide receiver after being picked in the third round of the 2015 Draft by the Packers. In his second year, he started getting time as a running back after Green Bay suffered a number of injuries at the position. He was traded to Baltimore in 2018 shortly after a critical fumble late in a loss to the Rams.

Montgomery has been a productive runner in his career, posting a 4.9 yard average on 177 carries. He also has 97 catches for 827 yards in his four NFL seasons.

I think he’s a good fit as a backup behind Bell. Montgomery has never handled a heavy workload, but Bell will likely be on the field for most of the game only coming to the sideline when he needs a short breather. Montgomery’s background as a receiver will allow the Jets to get creative lining him up and potentially putting him on the field with Bell at the same time.

He also has some experience returning kickoffs, making him a candidate to replace Andre Roberts. It is worth noting, though, that his record as a return man is nothing special, and that fumble that led to his trade from Green Bay came on a return.

I think this signing makes sense and is a solid depth move.