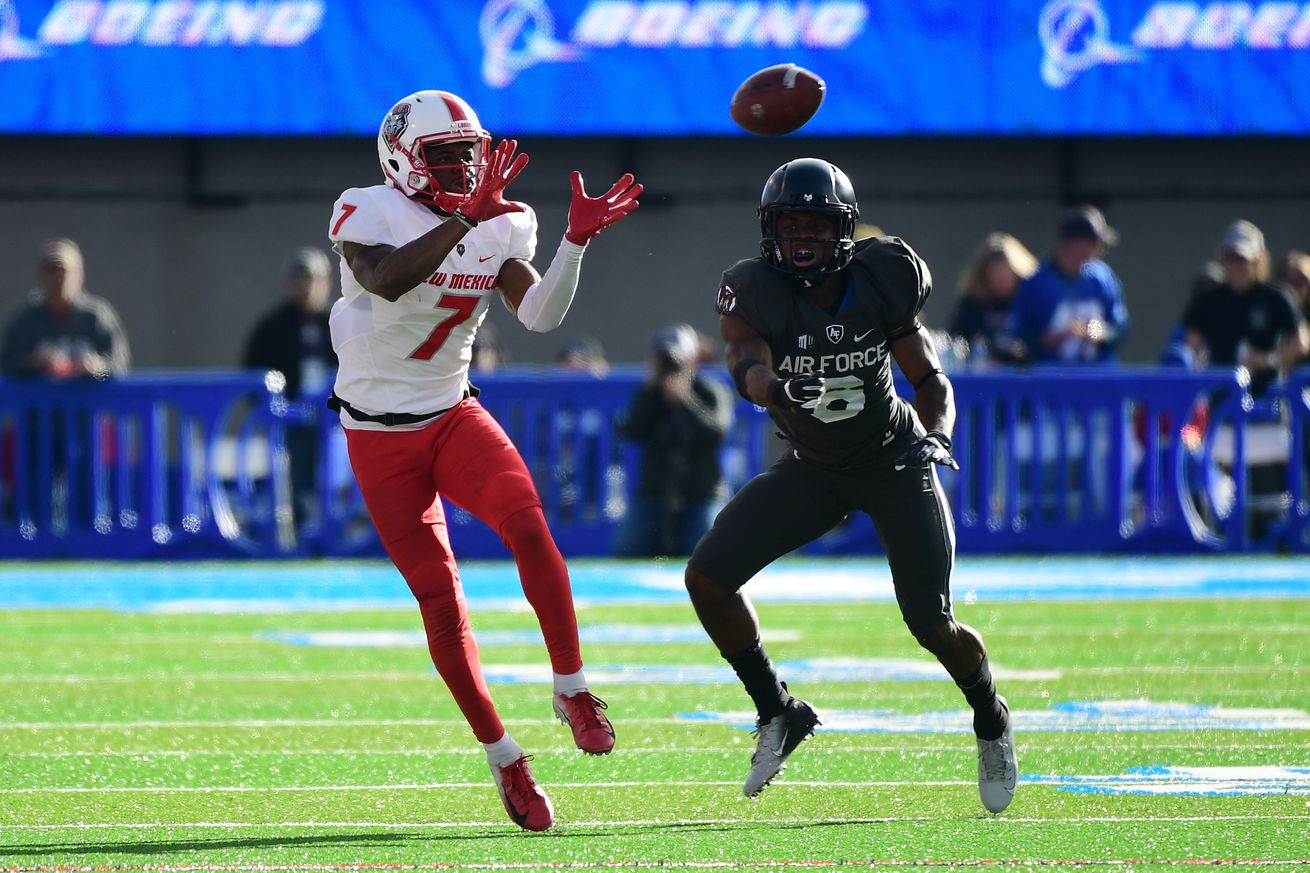 Per Rich Cimini, the New York Jets have claimed 2020 UDFA cornerback Zane Lewis off waivers from the Arizona Cardinals.

The Jets have claimed DB Zane Lewis on waivers from the Cards. Undrafted free agent out of Air Force. #Jets

Zane Lewis is a 6’ 1”, 190 pound cornerback with 4.4 speed out of Air Force. He was originally signed as an undrafted free agent by the Arizona Cardinals immediately after the 2020 NFL draft.

Lewis played in 37 games over three seasons with Air Force. He had 94 tackles, five tackles for loss and two interceptions in his college career. As a senior Lewis played in all 13 games and had 45 tackles and one interception and ranked fourth in the Mountain West conference with 15 passes defended.

Lance Zierlein at NFL.com had this to say about Lewis heading into the 2020 NFL draft”

Lewis has a smooth backpedal to mirror and match the release and has the short-area quickness to maintain feel for the route. Despite the athletic traits, he still needs to cultivate his anticipation so he can play a more instinctive brand of coverage. He’s suited for zone or man coverage and has the top-end speed to run with vertical routes. He’s below average in run support and needs to improve his overall tackling.

For what it’s worth, Pro Football Focus listed Lewis as the second best cornerback in the country on contested targets over the last two years, trailing only Amik Robertson. Fellow Jets rookie cornerbacks Bryce Hall and Lamar Jackson ranked fifth and ninth, respectively, on that list.