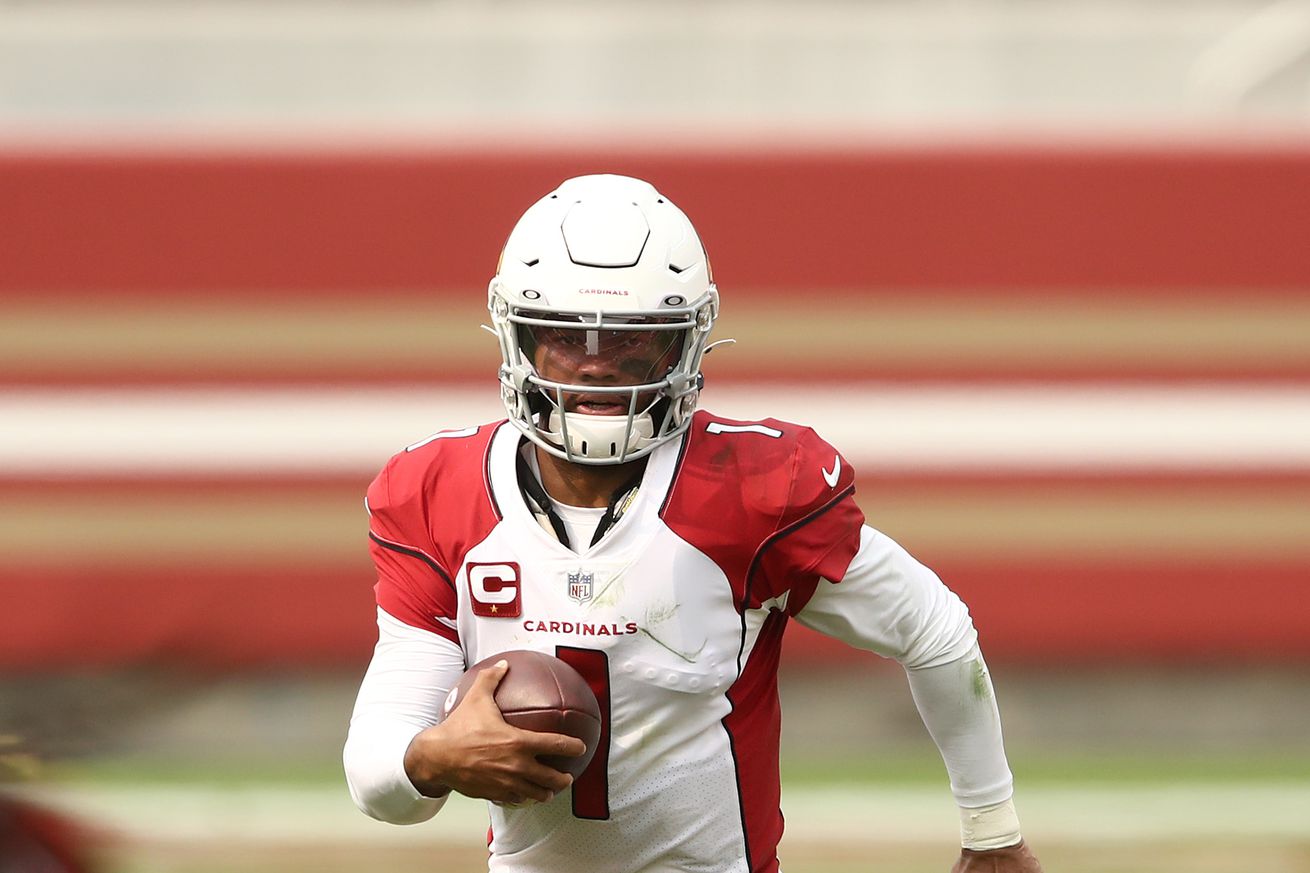 The Jets and Cardinals last met in 2016, with Arizona winning 28-3 at home. This year, they head to Metlife as the favorites after a 2-2 start to the season, but will be looking to avoid a third loss in a row after being beaten by the Lions and Panthers over the past two weeks.

Last year’s top draft pick Kyler Murray has improved his completion percentage from 64 to 69 percent and is getting sacked a lot less often (only seven times so far after being sacked 47 times last season) but his biggest improvement has arguably come in the running game.

Murray is averaging over eight yards per carry and leads the team with 265 yards and four touchdowns, with around two-thirds of that yardage coming on scrambles. Having seen how many tackles in the backfield the Jets missed against Josh Allen in week one, that could be their undoing on Sunday too.

On the downside, Murray has thrown five interceptions already having only had 12 last season.

Chris Streveler, who spent the past two seasons in the CFL is the number two, while Brett Hundley will likely be inactive as the number three.

Blocking for Murray, who likes to extend plays, is a challenge and they gave former first-round pick DJ Humphries a big contract extension to protect his blindside.

Aside from Humphries, both guards are returning starters – veterans JR Sweezy and Justin Pugh.

At center, Mason Cole returns to the starting line-up having started every game as a rookie in 2018 but backed up AQ Shipley last season. Cole missed a couple of starts due to injury though.

The Cardinals hope that third round rookie Josh Jones will develop into a potential starter at right tackle. Joshua Miles and Lamont Gaillard, two players drafted last season, also bring some youth to this group. Gaillard started two games at center with Cole out.

Kenyan Drake faced the Jets six times in the Adam Gase era, winning five of those games, although he didn’t contribute much other than a game-winning kickoff return in his rookie year. Drake is only averaging 3.8 yards per carry this year, but is just about on course for a thousand-yard season which would be the first of his career.

Chase Edmonds backs up Drake. He hasn’t had many carries this year but has caught 13 passes already including two for touchdowns.

The reserves are Jonathan Ward and rookie Eno Benjamin but neither has had any opportunities yet this season.

The Cardinals transformed their team by trading for DeAndre Hopkins in the offseason and that move is paying dividends as he leads the NFL with 39 catches and is fifth in terms of receiving yards. He does only have one touchdown so far though.

These days, the legendary Larry Fitzgerald sees most of his playing time in the slot, although he has just 88 yards on 14 catches this season. He’s still a formidable blocker though.

Christian Kirk is also off to a slow start with just six catches. He caught 68 last year.

Andy Isabella is the number four receiver at the moment, whereas KeeSean Johnson – who contributed last year – hasn’t been getting any reps, other than in week three when Kirk was out.

Ex-Saints tight end Dan Arnold is the current starter with Maxx Williams on injured reserve. He has nine catches. He’s backed up by Darrell Daniels, who is more of a blocking specialist but is listed as questionable for Sunday.

The Cardinals play primarily in a 3-4 base with Zach Allen, Corey Peters and Jordan Phillips listed as the starters, although Allen will play on the edge in some packages.

Peters is a 335-pound space stuffing nose tackle, whereas Phillips’ strength lies in his pass rushing. He had 9.5 sacks with the Bills last year.

The Cardinals’ bench is made up of Angelo Blackson and two fourth round rookies – Leki Fotu and Rashard Lawrence. Both rookies have struggled against the run so far, as has Phillips. The Cardinals are allowing 4.5 yards per carry.

Chandler Jones is the Cardinals’ best pass rusher, although he only has one sack so far this season after having 19 sacks in 2019, which was just 0.5 behind the league leader. He is leading Arizona in quarterback hits though.

Jordan Hicks and De’Vondre Campbell play a full-time role at inside linebacker. Hicks leads the team in tackles and tackles for loss but also in missed tackles. He had 150 tackles and three interceptions to lead the team last season.

The other starting edge is Devon Kennard, but he’s been ruled out of Sunday’s game. The Cardinals will instead probably give more playing time to reserves Hasson Reddick and Isaiah Simmons and play some 4-3 packages with Allen on the edge.

Simmons, the team’s number one pick, gave up two touchdowns in coverage in the opening day loss to the 49ers and hasn’t played much since.

Kylie Fitts and Tanner Vallejo could provide depth off the bench but Dennis Gardeck and Ezekial Turner don’t usually get any defensive reps.

Veteran Patrick Peterson is still Arizona’s best cornerback and he has registered the team’s only interception so far this season. Dre Kirkpatrick is listed as the other starter but Byron Murphy has actually been getting more playing time than him. In the nickel, Murphy has been playing in the slot.

Reserve Kevin Peterson saw action in 14 games last year but hasn’t been used yet on defense this season.

Chris Banjo and Budda Baker are the starting safeties for the Cardinals, although Deionte Thompson started last week when Banjo was out and he’s been listed as questionable again.

Baker’s versatility enables the Cardinals to only carry four cornerbacks on their 53 because he can play the slot if necessary. Charles Washington is the team’s fourth safety.

Kicker Zane Gonzalez only missed five kicks all of last season but he’s missed three already this year. He has made two of three from beyond 50 though.

The punting game is in solid hands with the reliable 38-year old Andy Lee.

Arizona haven’t had much success out of their return game so far this season. Edmonds is the kickoff returner and Isabella is listed as the punt returner, although Kirk has also been getting work in that role.

In kick coverage, Gardeck, Turner and Fitts all contribute well. Banjo was a key contributor too, but he plays less on special teams now that he’s starting. The Cardinals coverage unit did force a key turnover in the win over Washington as Daniels forced a fumble on a punt return and long snapper Aaron Brewer recovered it.