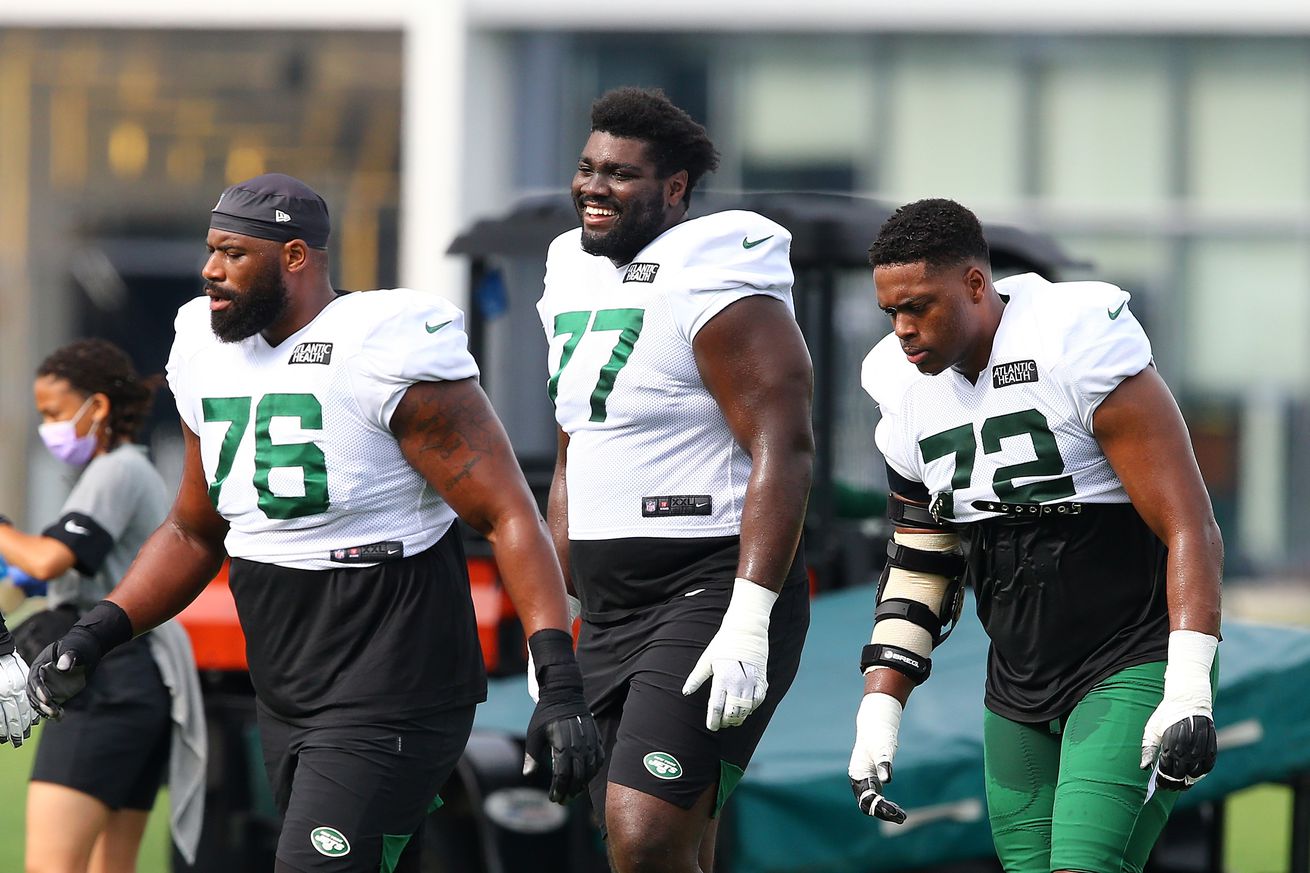 Good morning, GGN! The Jets added a new receiver into the mix in the person of Donte Moncrief. Moncrief was once a promising third round draft choice for the Colts, but his career has fizzled, his early promise largely unrealized. It’s been nearly two years since he last was making meaningful contributions to an NFL team. Moncrief is only 27 years old, so he’s not likely experiencing age-related decline yet, but with just two weeks now remaining before the start of the regular season, it seems unlikely he will be in a position to provide a lift to the Jets passing game any time soon, if ever. The fact that the Jets are adding guys like Moncrief at this point is mostly a sign of desperation, as an already thin Jets receiving group has been wracked by numerous injuries. Breshad Perriman and Denzel Mims can’t get back on the field fast enough. If those two can maximize their talents and Chris Herndon can build on a promising rookie year of two years ago, then Sam Darnold may have enough weapons to be competitive in the NFL. If, on the other hand, the likes of Moncrief and Chris Hogan end up being prominent targets in the passing game, Darnold would have to work miracles to field a decent passing attack, and the Jets would likely be headed to another dismal season.

Here are your links to the Jets this glorious Sunday in August:

Geoff Magliocchetti – As a team, the New York Jets have relatively little to lose

Kristian Dyer – Adam Gase Says Le’Veon Bell Spat is Over: ‘You’re Able to Come to Me With Anything’

Kristian Dyer – Erik Coleman: Marcus Maye is Ready to Replace Jamal Adams, ‘Is Going to be a Pro Bowl Player’

Kristian Dyer – A Day of Listening to Each Other for the Jets: ‘It is Different Growing Up Black in America’