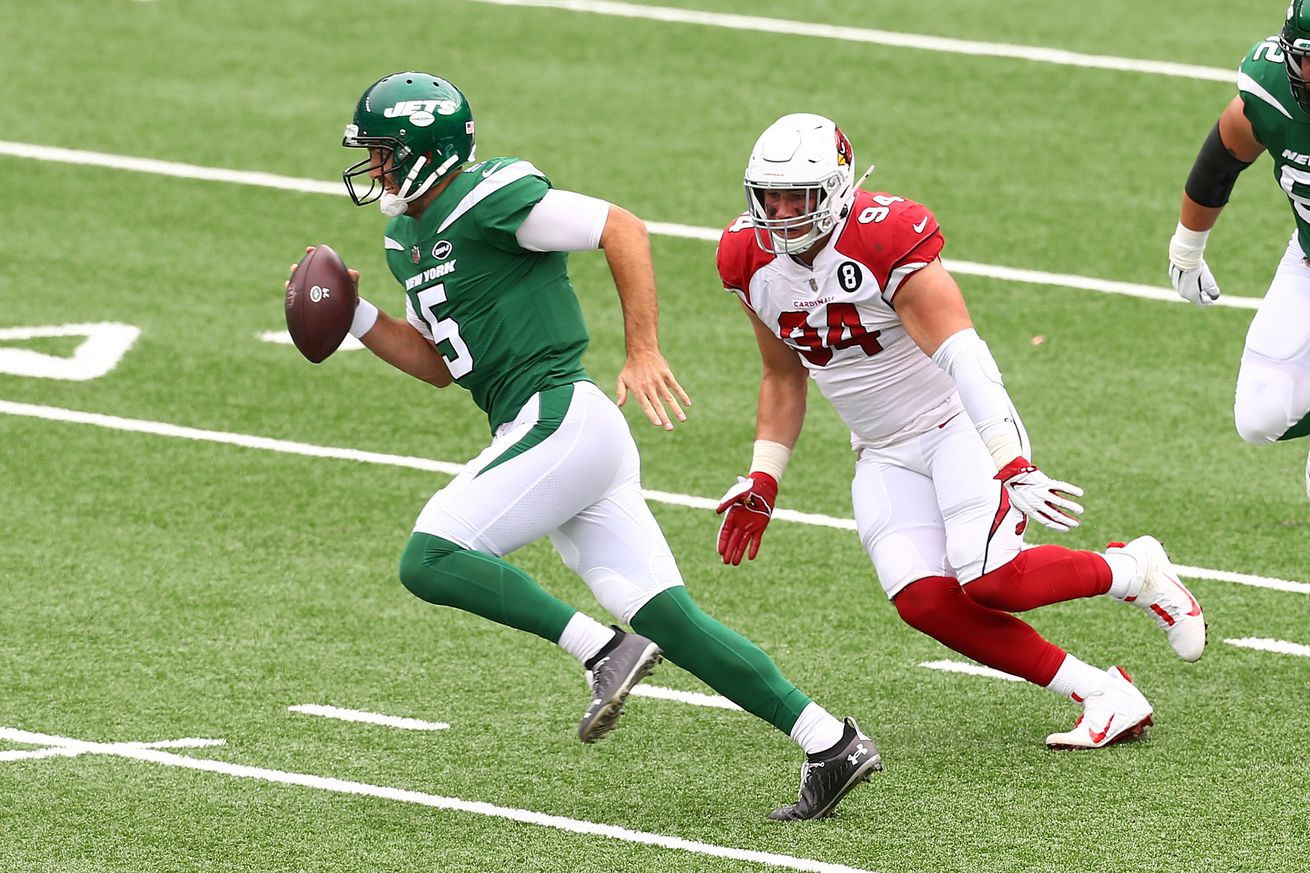 Good morning, GGN! I hope you’re all having a great start to the day. Shout out to Mr. Wells for holding down the fort over the weekend as always. I came back to New York this weekend due to my best friend passing this prior week. In my distress, I completely forgot about the mandatory quarantine for new travelers entering New York. This unfortunate circumstance led me to do something that I haven’t done yet all year – watch a live Jets game in its entirety. It was a mistake I would realize before the 1st Quarter would end. Sam Darnold has looked pretty bad this year, but it’s painfully obvious that the person calling the plays on offense is the problem. Joe Flacco didn’t get much help with some bad drops and miscommunication, but HC Adam Gase continues to show that he just doesn’t get it. When 3rd (4th?) string TE Trevon Wesco is receiving as many targets as RB Le’Veon Bell, that’s a problem. There’s so many issues it’s nearly impossible to name them all, which is disappointing because the defense actually looked decent for the first half of the game. With Dan Quinn being fired from the Falcons, it seems like it’s only a matter of time before the Johnsons decide to wake up and do the same with Gase. With that, here are your links to the team today.

Frank Schwab – NFL: Jets’ Adam Gase punting on fourth-and-short like no other

J.P. Pelzman – New York Jets GM Joe Douglas In It For The Long Haul, But He’s Had A Rough Start To The 2020 Season

Here’s the thread about nothing, don’t forget to join the conversation!