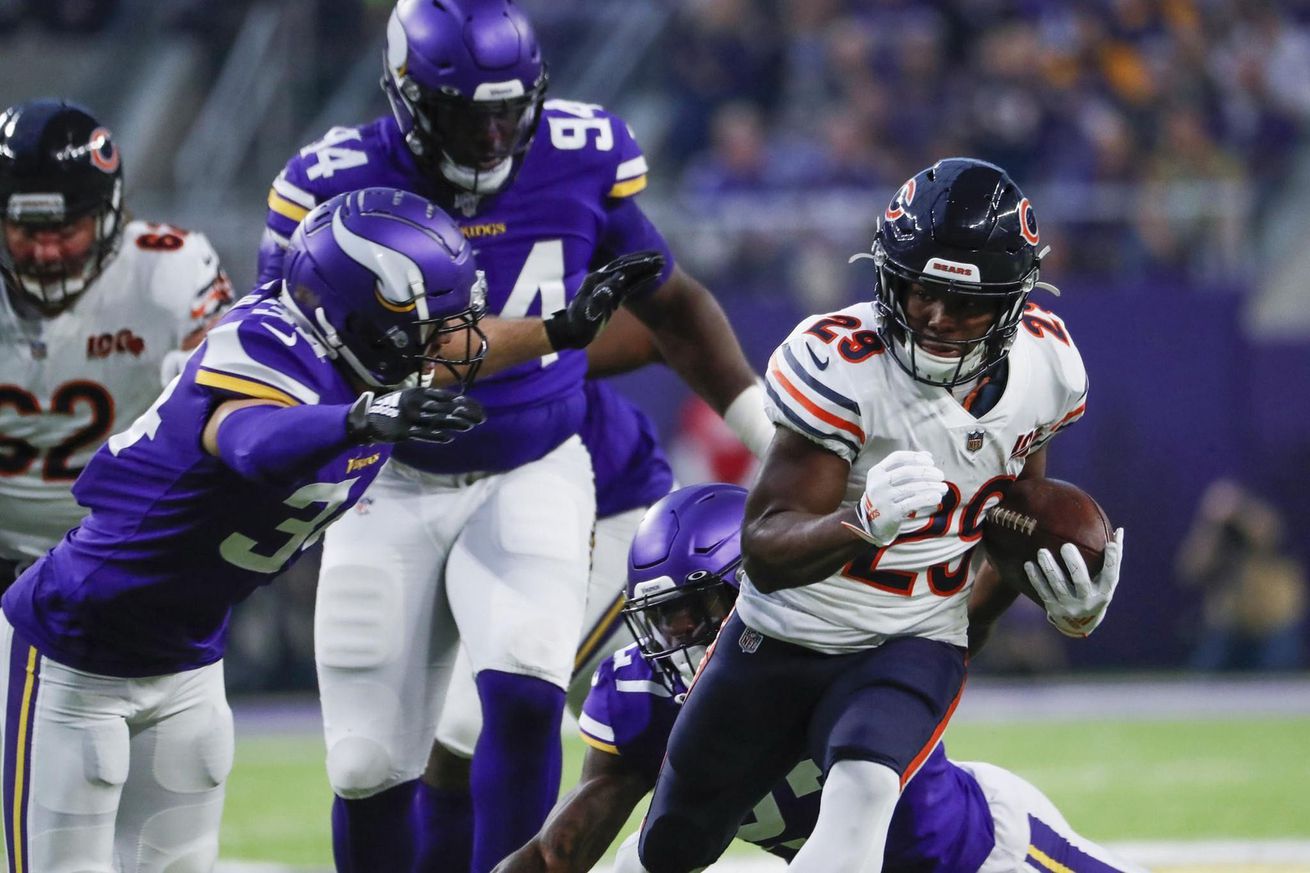 The Chicago Bears come into this game fighting for their playoff lives. Right now the Bears are on the outside looking in; if the season ended today the Bears would not make the playoffs. After opening the season with five wins in their first six games, the Bears have fallen on hard times. They have lost three straight games, all to playoff contenders. Nick Foles replaced Mitchell Trubisky as the Bears starting quarterback after week 3, when the Bears were 3-0. Since Foles took over the Bears have gone 2-4, and Foles hasn’t played much better than Trubisky. Unless and until the Bears get improved quarterback play they will have a difficult time contending for a playoff spot. The Bears offense ranks 30th in the NFL, but the defense is a top 10 unit, and it’s the defense that will likely carry the Bears however far they go this year.

The Minnesota Vikings come into this game winners of their last two games after losing five of their first six games. The Vikings are sort of the Bears’ opposites. The Vikings have a top 10 offense and a 30th ranked defense. Running back Dalvin Cook is having a monster year, averaging 123 yards per game and six yards per carry. If he can stay healthy and keep up the pace this will rank as one of the all time great seasons for a running back. Cook anchors a Vikings running attack that is leading the NFL in yards per carry. The Vikings are still clinging to faint playoff hopes, but they likely need a win tonight to keep those hopes alive.

It’s the Bears and the Vikings in a NFC North showdown on Monday Night Football.