Mekhi Becton is only heading into his second season in the league, but he’s already considered one of the best at his position.

A survey of more than 50 league executives, coaches, scouts and players ranked Becton the sixth-best tackle in the NFL, according to ESPN’s Jeremy Fowler. All participants of the survey voted for their top-10 players at every position, and the 22-year-old Becton rose as high as the second-best and fell to as low as the 12th-best.

One NFC executive said the 6-foot-7, 369-pound Becton is “generational in terms of athleticism and size,” which is “very rare.” An AFC scout claimed Becton had “Hall of Fame traits.”

Becton started 13 of the 14 games he played during his rookie season with the Jets and produced solid numbers considering the team’s horrific offense. He finished with an 83.8 percent pass block win rate, according to ESPN, which ranked 49th at his position. He had a run block win rate of 76 percent, good for 16th.

Becton will look to improve on his 2020 performance this season under a wide-zone blocking scheme with a better supporting cast around him on the offensive line and in the backfield. 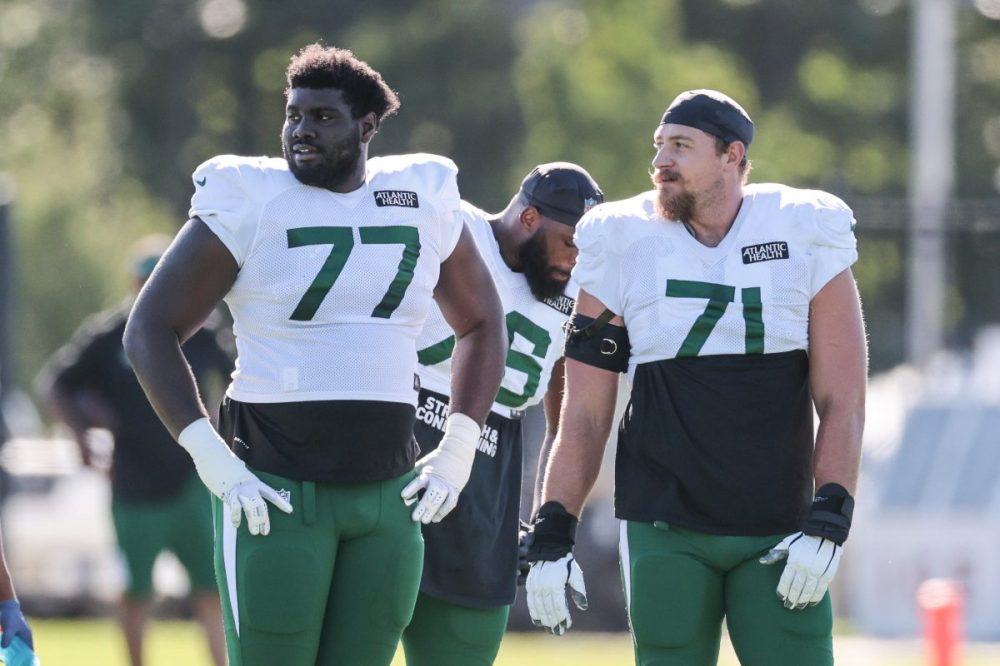