Maye hoped to join them when the offseason began, but he will play the 2021 season on the franchise tag after he and the Jets failed to agree on a long-term deal before the July 15 deadline. He’ll have to wait another year while playing on a one-year, $10.6 million contract.

Now Maye is focused on the season ahead.

“Once that was over with it was about putting it to the side and getting back to basics, getting back to playing football, learning new coaches, new teammates, new scheme,’’ Maye said Thursday. “Once you get on the grass, you don’t worry about anything else other than just trying to get better.’’

Maye didn’t share too many thoughts on the deals Adams and Smith signed. He said he only noticed them when alerts popped up on his phone. Maye added that he lets his agent “do all that stuff.”

But when it comes to his own financial future, Maye did say he hopes to sign a deal as big as the ones he saw this offseason.

Money has been the focus of Maye’s offseason and summer, but the safety said that “winning games” is his priority.

“That’s what you play the game for,” he said. “But obviously also taking care of your family, making sure you’re set up for the future, that’s also important.”

Maye understands that he is a veteran in a very young secondary despite only being 28. He said he was also “surprised” the Jets cut Blessuan Austin considering the cornerback’s experience.

“I didn’t see it coming at all,” Maye said. “I don’t think anybody did. It was tough. He’s been a starter for us. So, I guess we’ve just got to figure out what’s next now.’’

“You can’t sit here and worry about what year guys are in, how many years they’ve been playing,” he added. “We’ve all got to find a way to get on the same page as fast as possible so we can go out and win games.’’

That will be the key for Maye in 2021. His next contract will obviously be on his mind – and rightfully so – but he said he’s able to compartmentalize that part of his life and focus on football first.

“Control what you can control. That’s basically it.” he said. “If you have no control over it, ain’t no point in getting all upset.”

Wth Marcus Maye not extended, what happened to other Jets who were franchise-tagged? 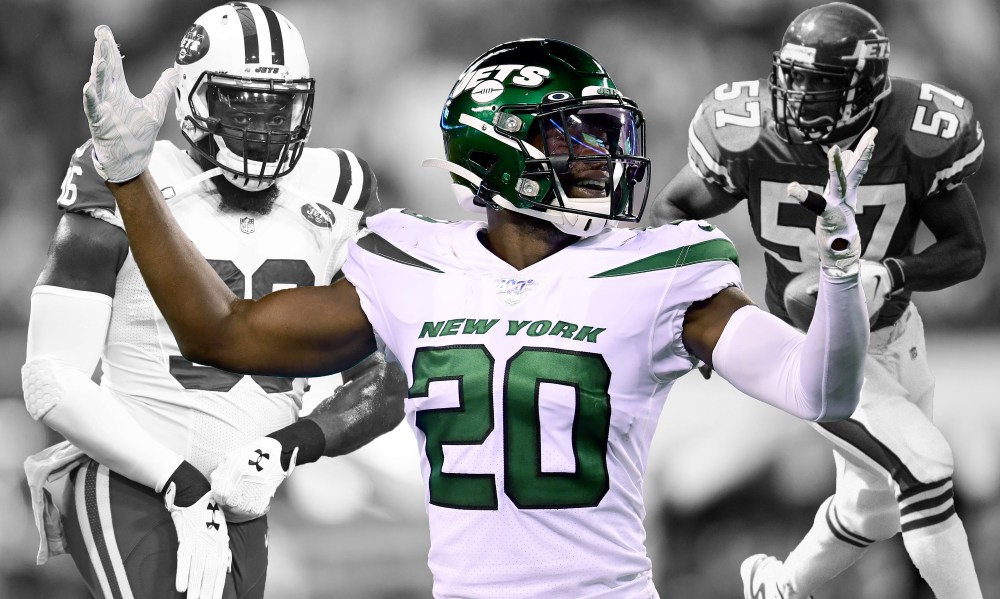