The Jets entered their season opener against the Panthers in somewhat of a peculiar position at wide receiver.

Jamison Crowder and Keelan Cole were unable to suit up, leaving Zach Wilson without two of his top wideouts. Elijah Moore was an obvious candidate to join the starting lineup, but Mike LaFleur still had another receiver to replace.

Denzel Mims profiled as a natural fit to take on more of a prominent role against Carolina. Even after struggling with short and intermediate routes and missing time due to food poisoning over the summer, he could theoretically operate as a deep threat with Corey Davis and Moore working to their strengths underneath.

Instead of giving Joe Douglas’ 2020 second-round pick an extended run, LaFleur opted to go small. Moore took most of his snaps on the outside, while Braxton Berrios took the bulk of the snaps in the slot. Mims was left to watch on the sideline for most of the game, but he made a big 40-yard catch late in the fourth quarter to get the Jets into the red zone.

It was Mims’ only target of the game, and he played just three snaps.

Robert Saleh provided some insight into Mims’ minimal usage on Monday, saying that his lack of playing time stemmed from not being up to speed at all three of the wide receiver spots in LaFleur’s west coast offense. Gang Green’s rookie head coach dove deeper into the subject in an interview on The Michael Kay Show, disclosing that Mims was not a top-three option over Berrios, Davis or Moore.

“He can really help himself out by knowing all those positions, which he’s doing a good job of,” Saleh said.

Saleh’s rationale is understandable, but it could also be considered a prime example of a coaching staff overthinking its personnel usage. The Jets need to play their most talented wide receivers in order to maximize what Wilson has to work with. He might not be a master of the west coast offense just yet, but Mims is still one of New York’s better pass catchers from a skillset and athleticism perspective.

If Moore knows all three wide receiver positions in LaFleur’s offense, why not make him the one to move around and leave Mims on the outside at a position he knows? Moore has already shown that he is capable of working on the outside and in the slot. There’s no good reason to leave a playmaker like Mims on the sideline just because he can’t do every single thing the Jets are asking of him just yet, especially when New York’s offense was stagnant for half the game.

Crowder is likely to return from the COVID list in Week 2 and Cole is day-to-day with a knee injury, leaving the door open for the veteran to suit up against the Patriots. If Crowder and Cole take the field against New England, the “Mims should play more” argument essentially becomes a moot point. If there isn’t a solidified role for him in New York’s offense with those two out of the picture, there definitely won’t be one when they return.

If the Jets are down a receiver or two again at any point this season, though, Saleh and LaFleur might want to re-think their approach to Mims’ usage.

How did Zach Wilson’s NFL debut compare to other rookie quarterbacks? 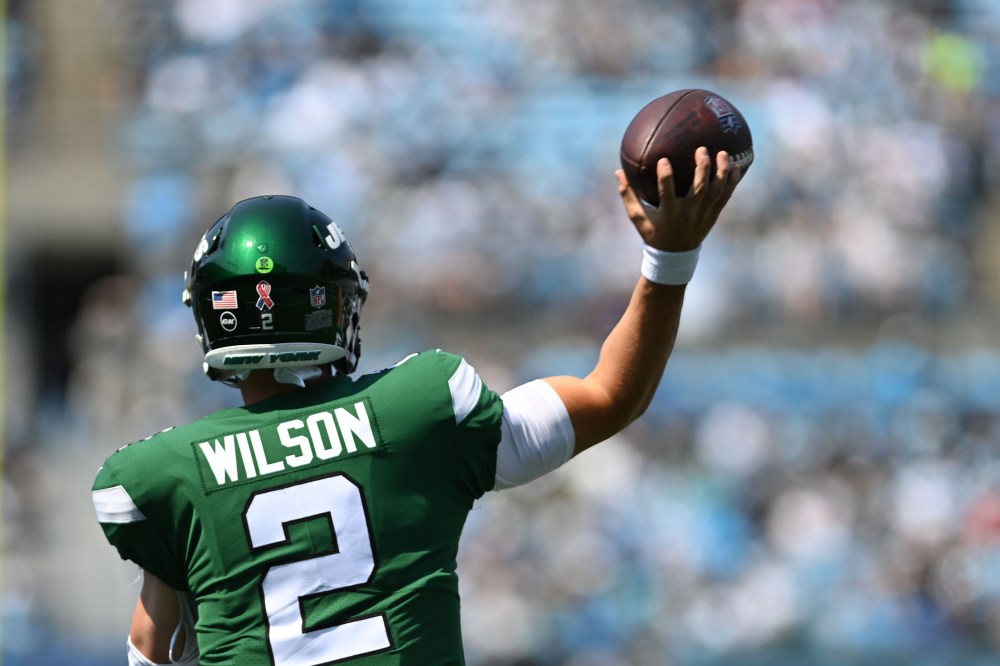