Sam Darnold is officially available for the taking.

Joe Douglas said Wednesday that he will take calls from teams interested in trading for Darnold. Douglas deemed Darnold untouchable last offseason, but with the 23-year-old struggling in 2020 and the Jets in possession of the second pick in this year’s NFL draft, that is no longer the case.

Darnold showed signs of regression last season, throwing for just 2,208 yards and nine touchdowns to 11 interceptions in 12 games. Injuries hindered Darnold throughout the year, but when healthy, the USC product’s play remained underwhelming, bringing into question his status as the Jets’ quarterback of the future.

“I will answer the call if it’s made,” Douglas said, per NFL.com’s Nick Shook. “As it pertains to Sam, like I said, Sam, we think, is a dynamic player in this league with unbelievable talent who really has a chance to really hit his outstanding potential moving forward. But, like I said earlier, if calls are made, I will answer ’em.”

The Jets have yet to make a decision on Darnold’s future with the organization. However, with New York owning the No. 2 pick in a draft littered with potential franchise quarterbacks like Clemson’s Trevor Lawrence, BYU’s Zach Wilson and Ohio State’s Justin Fields, there is a chance Douglas and company ultimately opt to move on from the embattled Darnold.

There is also the chance the Jets roll the dice with Darnold for another year and hope he takes to Mike LaFleur’s west coast offense.

Either way, New York is on the clock with free agency and the draft quickly approaching. With Douglas’ phone now open for business, the Jets could be presented with an offer that determines which direction they go under center in Robert Saleh’s first season as head coach.

“Our stance on Sam hasn’t changed,” Douglas said. “He’s an extremely talented player and he’s very smart, very tough. We have no doubt that Sam is gonna achieve his outstanding potential. Obviously, we’re in the process of gaining as much information as we can leading up through free agency and the draft but our stance on Sam has not changed.” 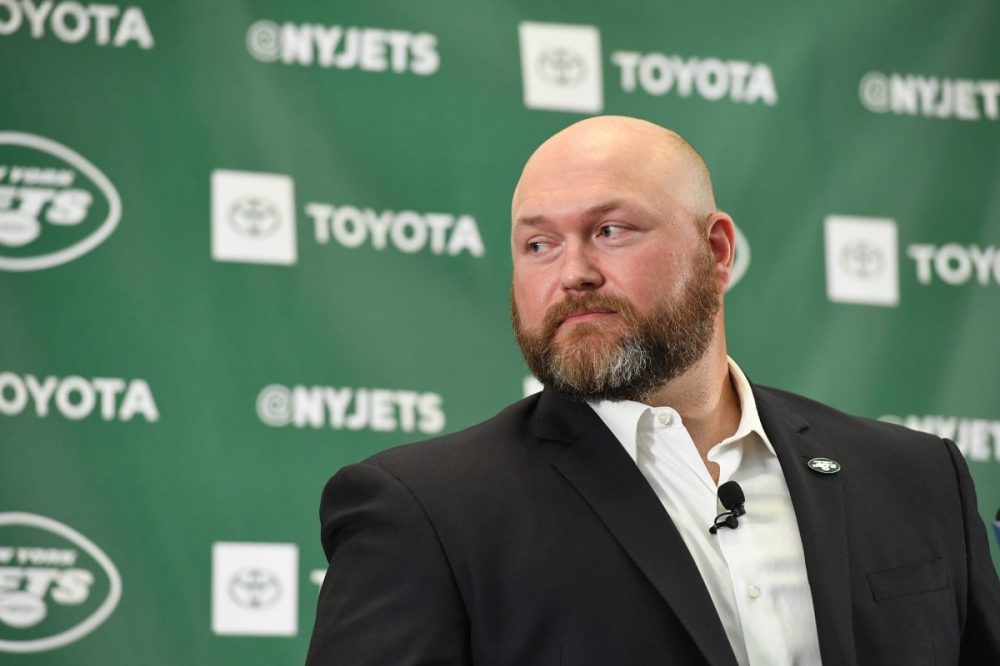