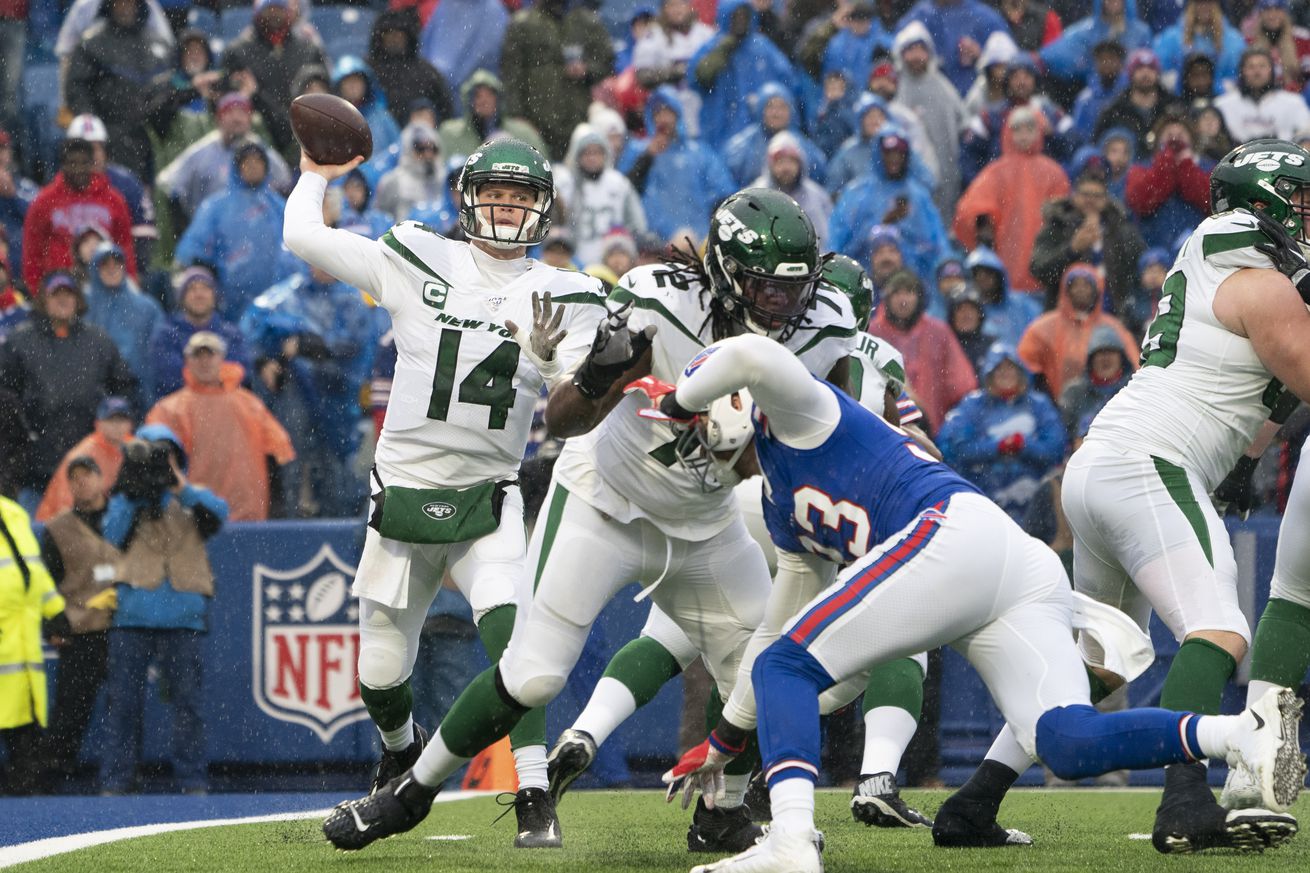 The New York Jets go on the road to take on the Buffalo Bills in the Jets 2020 season opener. Previewing this matchup, Corey Giacovelli of Buffalo Rumblings was kind enough to answer a few questions for me regarding the 2020 Bills.

1. The Bills are a popular pick as favorites for the AFC East crown this year, something we haven’t seen going into the season from any team other than the Patriots since Tom Brady and friends started winning Super Bowls. Do you think the Bills should be favorites, and how far do you think it is reasonable to expect the Bills to go in the playoffs, assuming they make the playoffs?

Last year the Bills were a good football team. I try not to use the word great because they took advantage of a relatively easy schedule but they did have some big prime time wins against the Cowboys and Steelers. However, it seemed that they were missing something to become one of those great teams. We saw that in the post season game against the Texans blowing that comfortable lead. That brings us to this season. I want to consider the Bills to be the favorites in the division but I need them to beat the Patriots. Even though they do not have Brady anymore you will still have to beat them if you want to be standing on top of the division at the end of the season. Until I see that happen, I do consider the Patriots to be the favorites with their Hall of Fame coach still standing on the sidelines with his sleeveless hoodie. If the Bills do make the playoffs I can see them making some noise with at least one win but it is going to be tough in the divisional round dealing with the teams with high powered offenses.

2. Do you think Josh Allen is the guy for the next 10 years at QB for the Bills? Why or why not?

This is a tough question with no right answer because obviously you do not know what will happen over the years. What I will say is that Allen is currently the guy in Buffalo until his rookie contract expires. The team and the community loves everything about him and the players love him as a leader. This has been shown countless times with linemen immediately coming to his aid if they feel that Allen was hit late after a play. To be the guy for the next 10 years a couple of things need to improve for Allen. The first thing is his deep ball accuracy. He was among the worst in the league in accuracy when the ball is traveling 20 yards plus in the air. The only good thing about that was that he was usually over throwing his receivers which prevented interceptions. Now he has Stefon Diggs which means the deep plays will be there but Allen will need the accuracy to complete them. The second thing I need Allen to improve on is ball security. When he gets hit fans usually hold their breaths because he has the tendency to let go of the football and kill momentum for the offense with a turnover. I love Allen but right now I consider him a middle of the road quarterback.

I am going to take the easy way out and go with Stefon Diggs. The one thing the Bills were lacking last season was a true number one receiver with no disrespect to John Brown. Diggs is that guy and so far in practice he has shown that during and after plays. During practice he is going against one of the best cornerbacks in the league in Tre’Davious White and has been making some nice looking catches. After the play, if he does not like a way that a rep turned out he is not afraid to tell Josh Allen why and make them repeat it. Diggs is going to expand the possibilities of the offense and even give other players a chance to shine due to double teams on Diggs. Opposite of Adam Theilen in Minnesota, Diggs had back to back 1000 yard seasons being the second option. Now we get to see what he can do as the main guy.

As for off season loss I am going with linebacker Lorenzo Alexander who elected to retire after the season. Alexander did it all for the team on defense and special teams and would always be making plays out there even though he would usually be the oldest player on the field. More importantly the team lost his leadership. He knew how to fire up his teammates and get the most out of him. He was also one of the first players to believe in what Sean McDermott was doing when he first became the head coach. Sure, Alexander mentored a lot of players so that they can be leaders in his place but you can never have too many leaders on the team.

4. Which underrated Bills player are casual fans of other teams likely overlooking, but shouldn’t be?

I am going with cornerback Josh Norman who signed with the team in the offseason. Most fans have overlooked Norman due to the poor years he had in Washington after signing a big deal. What most people are forgetting is that before that deal, he was one of the best corners in the game. Who was his defensive coordinator during those years in Carolina? Sean McDermott, I believe that McDermott will bring the best out of Norman once again and that Josh could return close to the form that he had during those years. With lining up opposite of Tre, Norman will also be locking up against the second and third best receivers on opposing teams which should also give him an advantage.

5. Predictions time. What will the Bills record be in 2020, and what will be the complete AFC East standings at the end of the regular season?

I am going with 10-6 and a division title for the Bills due to a tough out of conference schedule playing the NFC West. Those games against the Seahawks and 49ers will really show what this football team is made of. Second place I will go with the Patriots at 9-7. They will be a good football team but they had many players elect to opt out of the season which I think will catch up to them in the long run. Third place I will go with the Dolphins at 7-9. Head Coach Brian Flores has done an excellent job rebuilding this football team and they should continue to move in the right direction. Which means that the Jets have to be last but I am predicting a 6-10 record. I do not feel that they will be a bad football team but it is a tough schedule ahead of them.