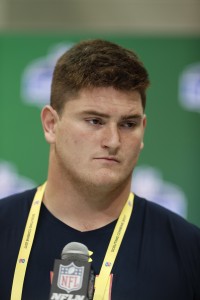 It’s the first offensive line addition for the Jets this offseason, and a fallback move after they struck out on fellow guard Joe Thuney. Feeney was a third-round pick of the Chargers back in 2017. The Indiana product started nine games as a rookie, and then all 16 in each of the past three years.

That’s a lot of starting experience, although to be sure the Chargers’ offensive line was never a particularly strong unit during those years. There’s a reason the Chargers just opted to sign Matt Feiler to help replace him.

That being said, it’s a presumably cheap signing that can’t hurt the Jets too much. Feeney likely won’t be counted on to be a starter, and will slot in as a versatile reserve who can play both center and guard. They can take as many O-line flyers as they need as they look to set up solid protection for Sam Darnold or whoever their next quarterback of the future is.