Nkansah has only played in one NFL game since going undrafted in 2018, but he has spent time with the Titans, Seahawks, Texans and Colts. Dawkins was one of the Jets’ final roster cuts this summer.

The Jets also signed S Jarrod Wilson and OL Isaiah Williams from the practice and onto the active roster. OT Mekhi Becton, P Braden Mann, LB Blake Cashman and S Lamarcus Joyner were all placed on injured reserve to make room for the new arrivals.

The Jets found some replacements for their injured players on Tuesday.

Both should immediately step into prominent roles after the Jets were ravaged by injuries in Week 1. Morstead should become the team’s starting punter after Branden Man suffered a knee injury that will force him to miss 4-6 weeks. Goodson gives the Jets more depth at linebacker following injuries to Blake Cashman and Jamien Sherwood. New York previously lost Jarrad Davis to an ankle injury. He’s out until at least Week 6.

Morstead, 35, punted for 12 years in New Orleans before the Saints released him this past March. He finished the 2020 season first in fair catch rate, fifth in lowest return rate allowed, seventh in hang time and 13th in net punting. However, Morstead’s 43.1 yards-per-punt average was the worst of his career and ranked 32nd in the league.

Goodson, 28, started 14 games in a career year for the Browns in 2020. He finished 91 combined tackles, seven defended passes, two interceptions, one forced fumble and half a sack. The 6-foot-1, 241-pound outside linebacker had a 65.4 overall Pro Football Focus grade last season. Goodson also spent time with the Giants and Packers from 2016-2019 after being drafted in the fourth round by the Giants out of Clemson.

Before signing Morstead and Goodson, the Jets worked out a few other players, including some familiar faces.

Former Jets linebackers Avery Williamson and Noah Dawkins were among those in the team facility. Williamson played two-and-a-half seasons with the Jets before being traded to the Steelers midway through the 2020 season. Dawkins was among the Jets’ 2021 training camp cuts. Punter Lachlan Edwards also worked out for the team. Edwards punted for the Jets from 2016-2019. 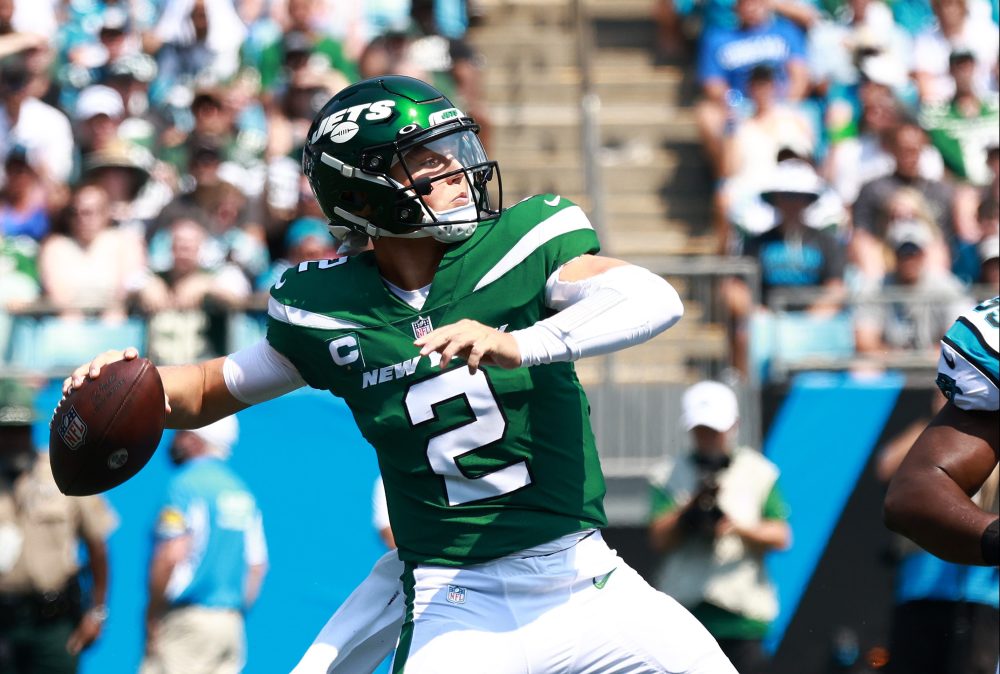