The Jets did something they’ve never done before in the common draft era.

By picking Zach Wilson in the first round and Elijah Moore in the second round, it was the first time New York selected a quarterback and a receiver within the first two rounds, according to ESPN’s Rich Cimini.

Moore’s selection is also the first time since 2009 that the Jets drafted three offensive players with their first three picks. That year they traded up to take Mark Sanchez and used their third-round pick on running back Shonn Green and guard Matt Slauson (they only had three picks that season).

It’s also the second consecutive draft that the Jets took a receiver in the second round after taking Denzel Mims 59th overall last year. The Jets haven’t had much success with second-round receivers in the past, but Mims looked great during his rookie year and Moore is a nice fit in Mike LaFleur’s offense.

This selection, plus drafting Alijah Vera-Tucker 14th overall, validated the idea that Joe Douglas is doing everything in his power to give Wilson the best opportunity to succeed in New York as quickly as possible. Sam Darnold notoriously didn’t have much talent around him during his three years with the Jets and Douglas doesn’t want to repeat the mistakes of his predecessors.

2021 NFL draft: What picks do Jets have left after trading up for Alijah Vera-Tucker? 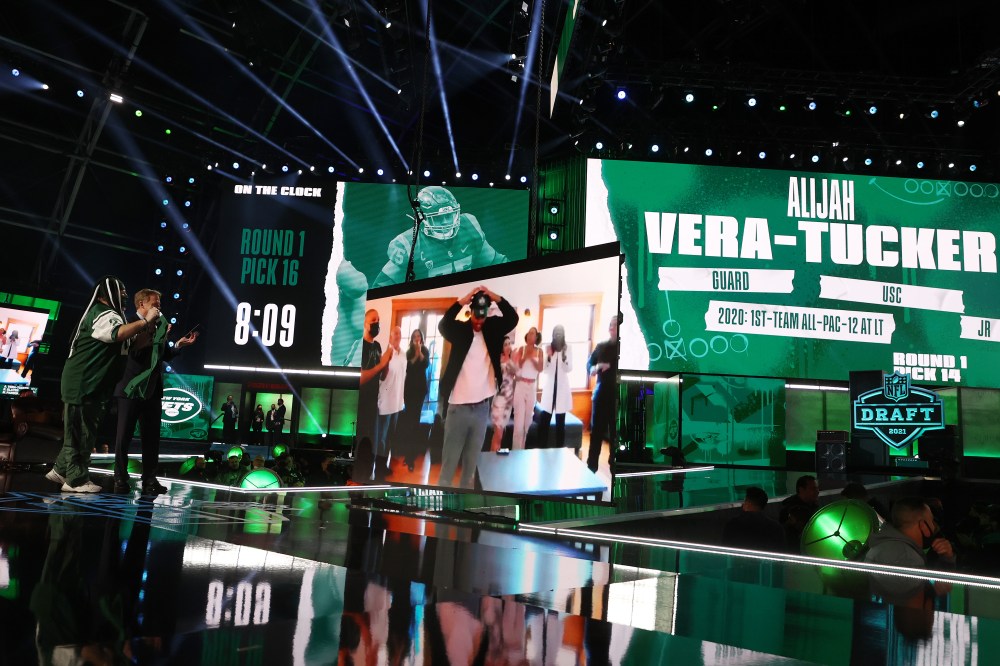