The Jets went offense-heavy for their first four picks of the draft and closed things out with a defensive run on Day 3. What almost every one of Joe Douglas’ picks has in common, however, is athleticism and versatility.

New York tied for the fourth most athletic draft class in the league, according to NFL NextGen Stats. They trailed only the Dolphins, Cardinals and Panthers. The Jets also drafted the most players with at least a 75 athleticism score (6), per NextGen Stats, highlighted by second-round pick Elijah Moore and sixth-round picks Jonathan Marshall and Brandin Echols. Moore finished with an athleticism and production score of 91 – the only receiver in the draft to do so – while Marshall and Echols both scored a 99. Marshall’s score was the highest of all defensive tackles in the draft.

Athleticism scores aside, the Jets also drafted a ton of flexible players throughout the draft. Guard Alijah Vera-Tucker can also play tackle, while  Moore and running back Michael Carter can make plays from all over the field. On defense, the Jets will convert hybrid safeties Jamien Sherwood and Hamsah Nasirildeen into weakside linebackers. They also picked two defensive backs, Echols and Michael Carter II, who can play in the slot and on the outside cornerback. They also drafted CB Jason Pinnock, whose length and speed are his greatest attributes.

Even Zach Wilson fits this mold at quarterback. Though he was incredibly productive last year at BYU, the Jets appeared more enamored by his traits than his stats. Scouts raved about Wilson’s arm strength during the season and at his pro day, as well as his mobility inside and outside the pocket. The Jets didn’t care that Wilson played against lesser competition than Justin Fields or Mac Jones – what mattered was his ability to make great plays.

This is the Douglas and Robert Saleh way: find as many talented athletes as you can and use them all over the field. Saleh saw it firsthand in Seattle when Pete Carroll built his defense in the early 2010s with positionless defenders and when third-rounder Russell Wilson took over as the starting quarterback. Douglas, meanwhile, played a role in the development of Ravens and Eagles championship teams built around athletic draft classes.

For the offense, it makes sense to go this route. Mike LaFleur’s scheme is all about making space for the quarterback, running back and receivers. The best way to do that is to acquire talented athletes. He watched Kyle Shanahan deploy this strategy during their stops together, especially in San Francisco. The 49ers’ best offensive weapons were their tight end, an undrafted running back and two speedy receivers in Deebo Samuel and Brandon Aiyuk.

Wilson, Moore and Carter all fit that mold perfectly and give LaFleur a lot of options when it comes to his weekly game plan. Any type of play will be on the table for him, especially with an offensive line that excels in zone-blocking. That’s where Vera-Tucker comes in to join Mekhi Becton and George Fant.

The defense benefits the most from this idea of positionless football, though. The Seahawks defense is the best example of this idea working flawlessly and the Jets have tried to emulate it as well as they could. The defensive line was already super athletic and versatile with Quinnen Williams and Foley Fatukasi in the middle with Carl Lawson and John Franklin-Myers on the edge, but the addition of Sherwood and Nasirildeen gives the front-seven the added bonus of impressive coverage skills in the middle of the field.

Just watch Sherwood drop into coverage after lining up over the A-gap here and playing fantastic defense on the receiver:

Lined up in a “MUG” look over the A-gap before the snap, drops into a deep-third and blankets #2 vertical on the Slice route.

Eyes, hips, and leverage are all excellent. He’s way faster than 4.7 pic.twitter.com/3eoiwdpCKA

The Jets didn’t have anywhere close to that type of playmaking ability in years past. That will change with defenders with experience at safety and linebacker playing alongside C.J. Mosley in the middle.

The opportunities the Jets will have with an offense and defense that features skilled players who won’t be pigeonholed are almost endless. It also puts a big burden on the coaching staff to reign in its players to ensure maximum potential. There is a lot of benefit in drafting this way, and also a lot of risk.

If the Jets can take advantage of what they accomplished, the team’s young core could develop into a threat on both sides of the ball. 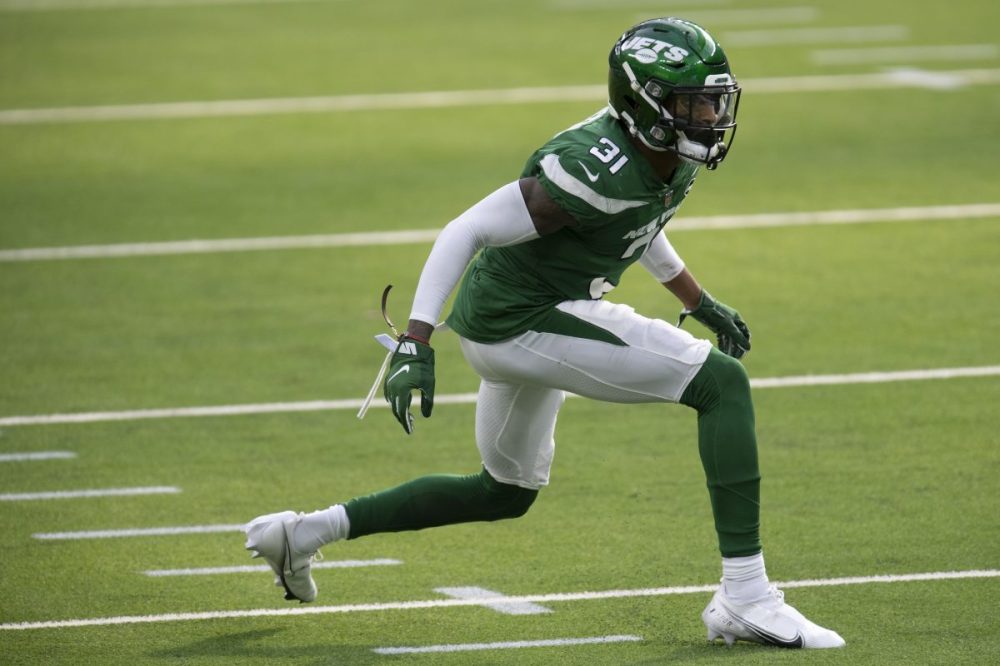