Alijah Vera-Tucker agreed to a four-year, $15.85 million deal Wednesday after the Jets traded up nine picks to draft the offensive tackle. The fully-guaranteed deal also comes with an $8.9 million signing bonus and a fifth-year option.

The Jets identified Vera-Tucker as the best guard in the draft and knew they’d likely need to trade up to get him. Joe Douglas gave up the Jets’ 23rd overall pick and both of their third-round picks to make the move.

Vera-Tucker will lock down the left side of the Jets’ offensive line alongside 2020 first-rounder Mekhi Becton. Both are adept blockers in the wide-zone scheme that the Jets will run this season and should provide great protection for Zach Wilson’s blindside and for the team’s running backs. 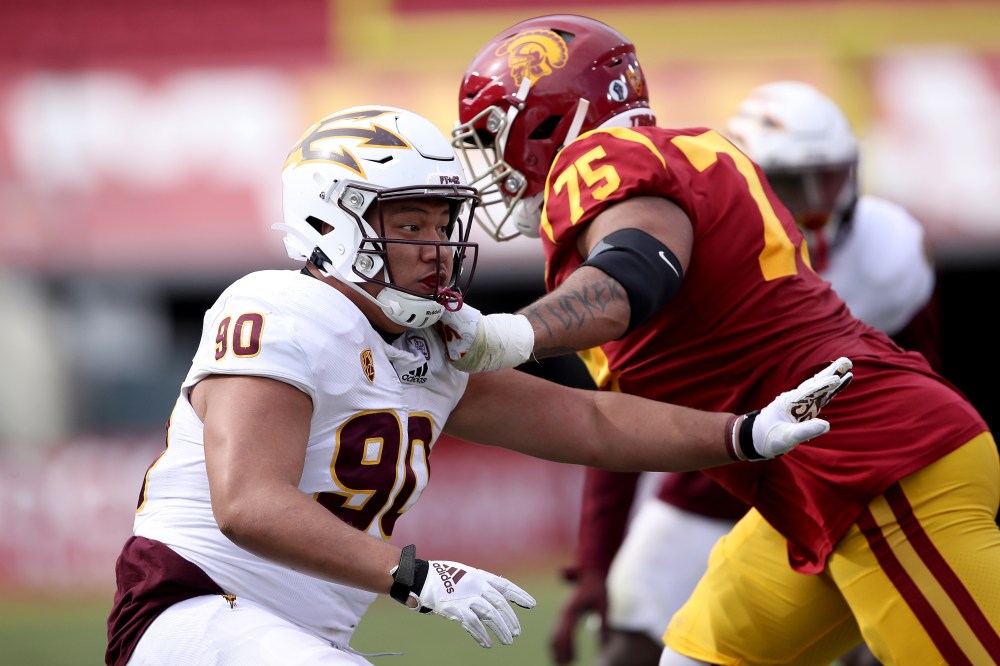