Mekhi Becton suffered a potentially serious knee injury in the third quarter of the Jets’ game vs. the Panthers while blocking on Zach Wilson’s 22-yard touchdown pass to Corey Davis.

Becton was helped off the field by trainers before being carted off with a towel over his face and tears in his eyes. Robert Saleh had no further update on Becton’s condition postgame, but NFL Network’s Ian Rapoport reported that early test results indicate a sprained MCL for New York’s star offensive tackle.

A sprained MCL would be the best-case scenario for Becton and the Jets, as a sprain likely won’t keep him on the shelf for all of 2021. Morgan Moses slid into the lineup at right tackle after Becton’s injury, with George Fant shifting over to left tackle. That will likely be New York’s offensive line alignment in Week 2 assuming Becton cannot suit up.

Saleh did not have an update on Lamarcus Joyner, who departed early in the game with a shoulder injury and did not return. New York also lost Blake Cashman to a hamstring injury, Jamien Sherwood to a foot injury, and Braden Mann to a knee injury after Panthers running back Chuba Hubbard ran into him on his first punt attempt of the game. Mann did not return, leaving Matt Ammendola to handle both kicking and punting duties. Del’Shawn Phillips fared well in relief of Sherwood, leading the Jets in tackles with 12.

Zach Wilson said postgame that his neck was sore after his NFL debut, as he suffered “whiplash” during the game thanks to a putrid offensive line. Wilson’s neck did not impact his performance late in the game, as he bounced back from a rough start to finish 20-37 for 258 yards, two touchdowns and a second-quarter interception.

6 takeaways from the Jets’ Week 1 loss vs. the Panthers 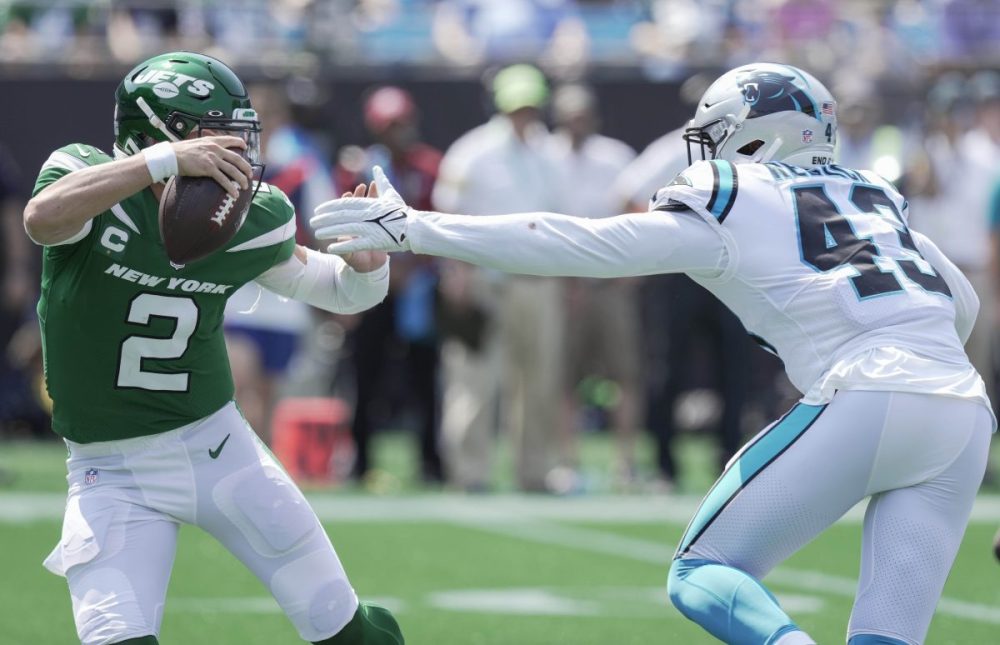