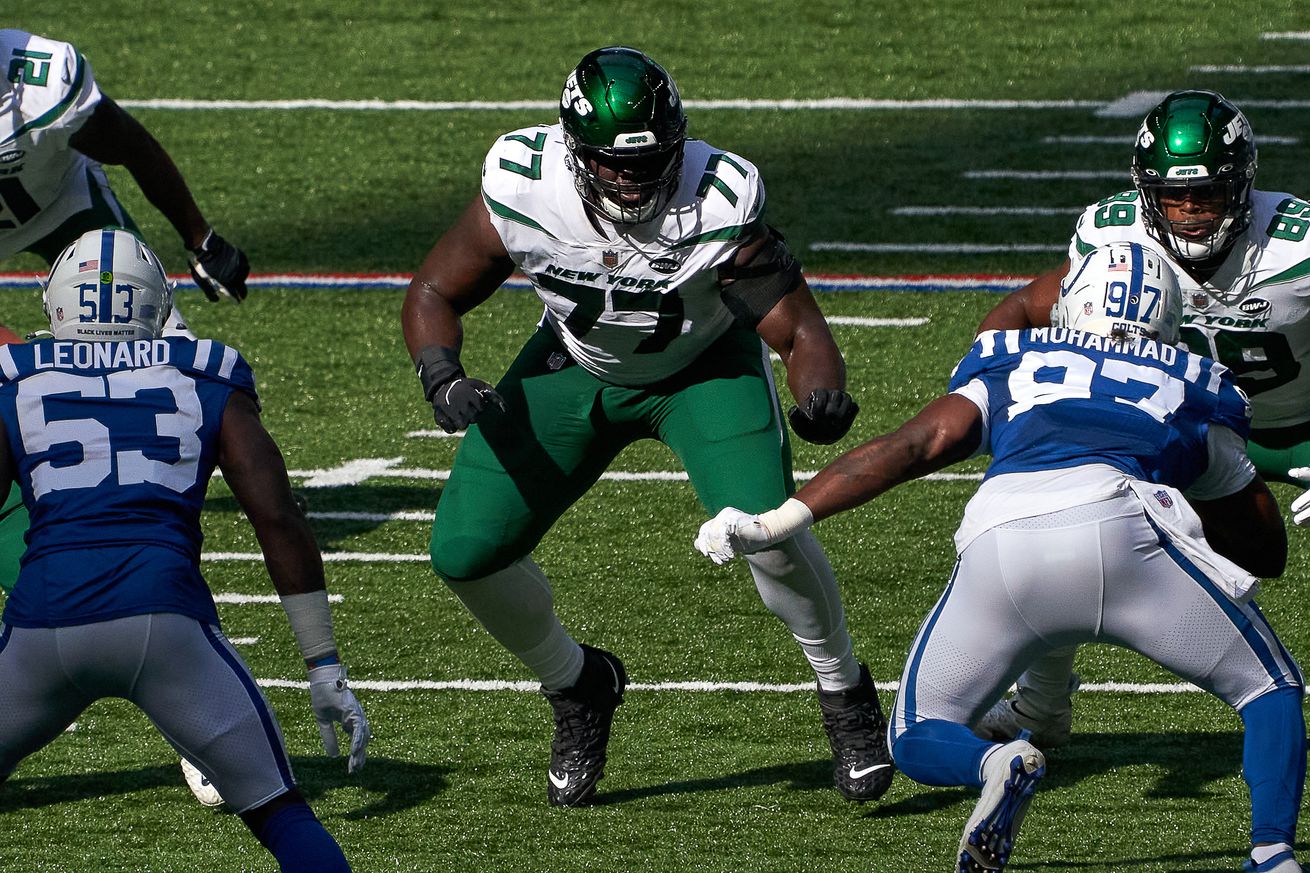 The Jets have released their injury report for Thursday.

The bad news is left tackle Mekhi Becton missed another day of practice with a shoulder injury. This was an injury he sustained against the Colts. It forced him to leave shortly before halftime of that game. He was limited to a handful of snaps the next week against Denver and missed last weekend’s game against the Cardinals.

The good news is almost all other injured Jets were able to practice on Thursday. Aside from Becton, the only Jets to sit out were Sam Darnold, who has already been ruled out for the game, and Frank Gore, who isn’t injured. The Jets have given Gore a day off each Thursday this season.

Notably left tackle Alex Lewis was upgraded. He was limited on Thursday after missing Wednesday’s practice. With Becton potentially missing this game, the Jets don’t need another offensive line injury.