The man who blocked Joe Namath’s blindside in Super Bowl III is officially a Hall of Famer.

Winston Hill, who died in 2016 and played 14 seasons with the Jets from 1963-1976, was posthumously elected into the Pro Football Hall of Fame in 2020. His bust was officially enshrined over the weekend after the coronavirus pandemic cancelled last year’s ceremony.

Hill was originally drafted in the 11th round by the NFL’s Baltimore Colts in 1963 but signed with the AFL’s Jets as a free agent. He went on to become one of the longest-tenured Jets of all time. Hill played the fifth-most games in franchise history and started every game for the Jets from 1964-1975, during which he earned eight Pro Bowl nods.

Hill finished his career with the Rams in 1977.

“Our dad, he was amazing. He loved to share stories about his experiences,” Hill’s daughter, Heather Hill said at the ceremony. “But our dad was keenly aware that when you have a great event, and Super Bowl III was a great event that changed football, coupled with a platform, you can change lives. Our dad used every platform. He used his platform: every accolade, every honor he received, every accomplishment, as a way to inspire people, as a way to elevate people.” 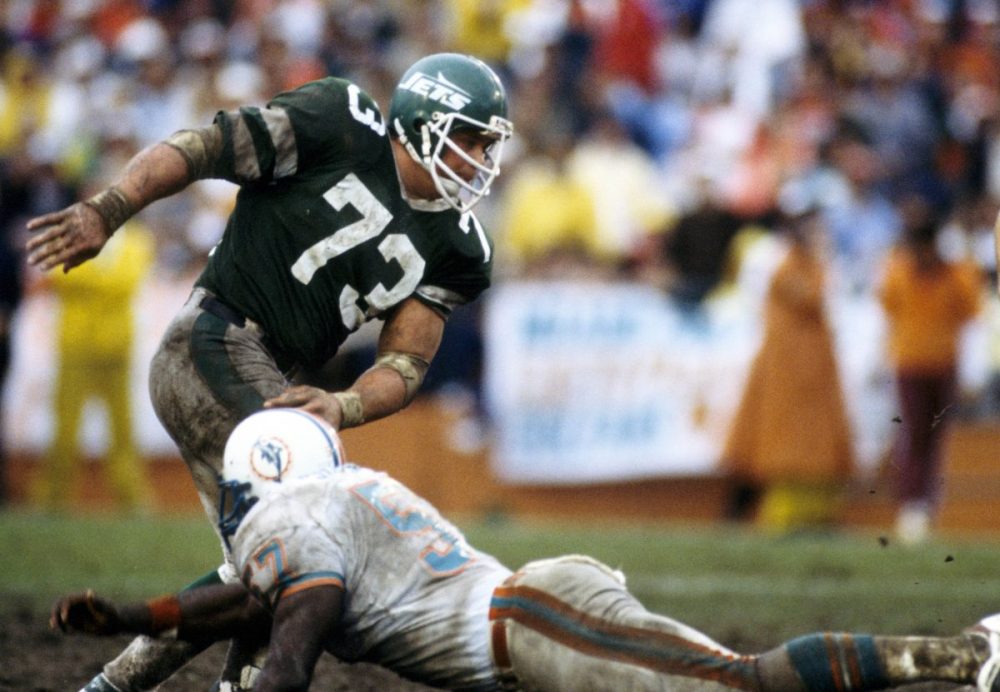