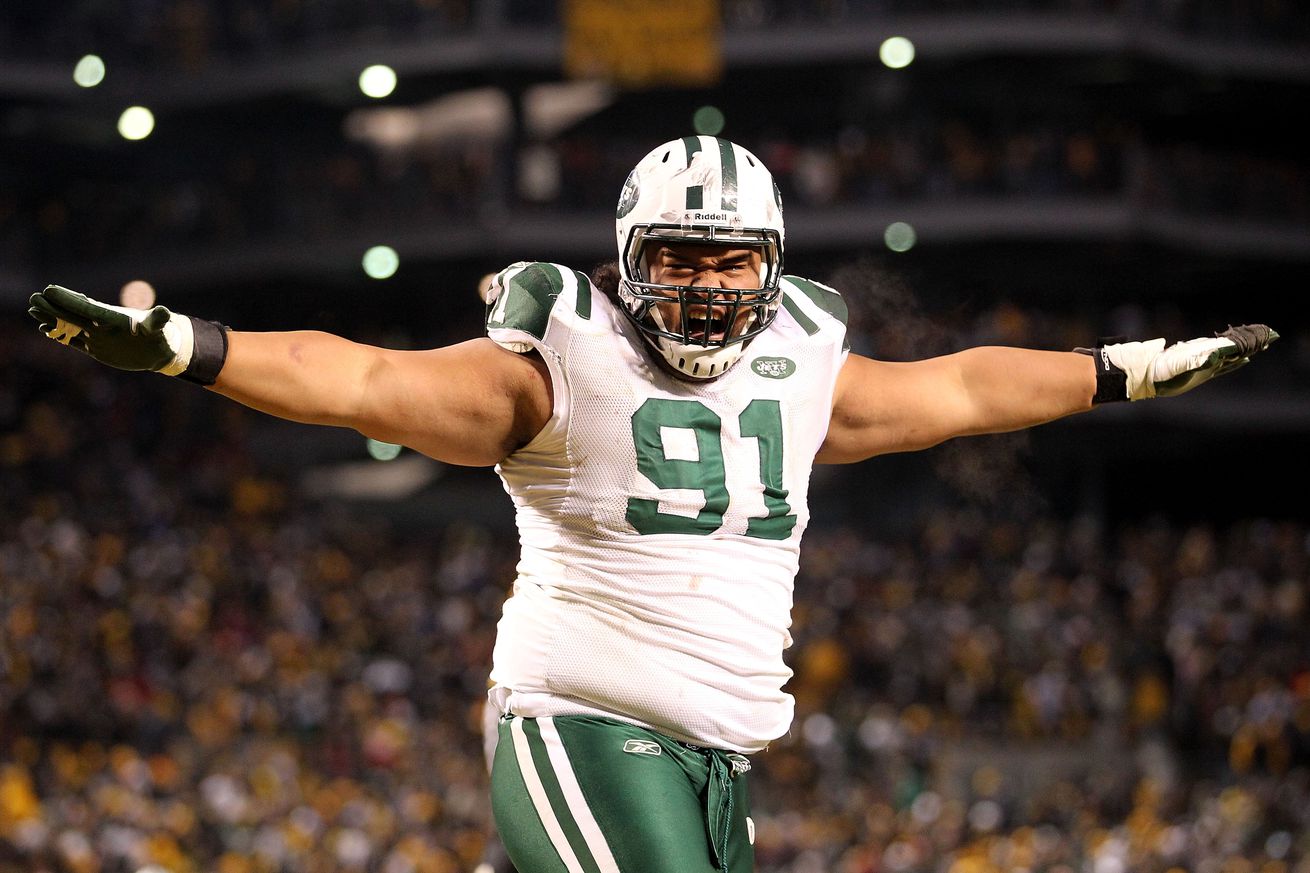 It’s April 16th, meaning there are only nine days to go until the 2019 NFL Draft kicks off in the heart of Nashville, Tennessee.

As we count down the days until the Jets prepare for their fifth draft under Mike Maccagnan, I thought it would be fun to climb up the ladder of the best Jets draft picks of the 21st century.

Each day until the fateful morning of the 25th, I’ll name off one of the top eleven most productive Jets selections of the millennium. How did I rank them, you might ask? Good question! I stacked them up according to their scores as calculated by my genius formula — proven to be 100% accurate and 0% arbitrary!

Players earned points for accomplishing any of the following while in a Jets uniform:

Yesterday, I kicked off the rankings at #11 with Jerricho Cotchery. Let’s move up to #10!