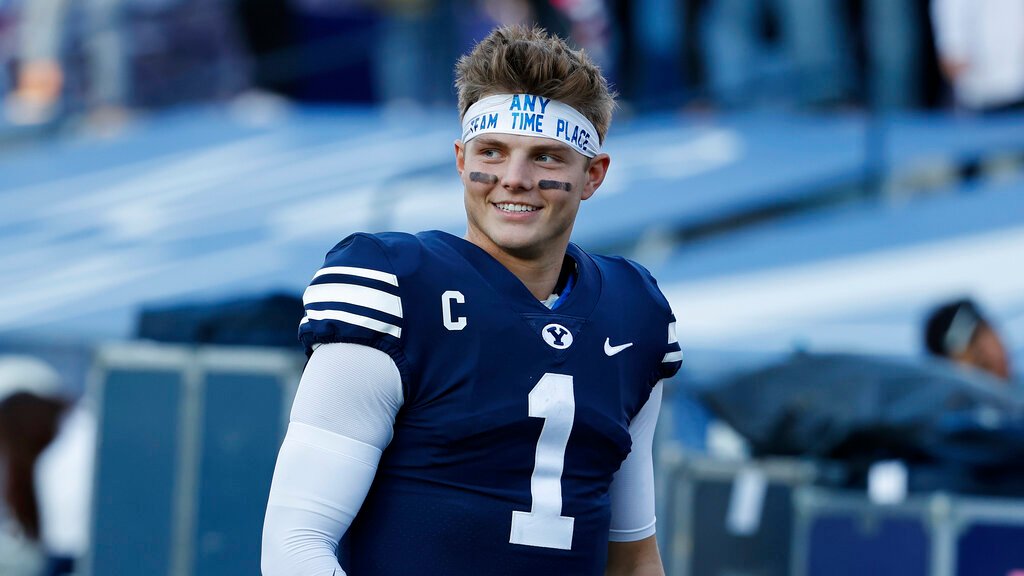 As expected, the New York Jets have used the second overall pick in the 2021 NFL draft to select BYU quarterback Zach Wilson to pilot the team’s offense for what Jets brass hopes will be the next couple of decades.

In Wilson, the Jets add the most accurate quarterback in the country who showed at BYU that he can consistently squeeze the ball in to tight spaces at multiple levels of the field.  His fluid throwing motion, ability to use multiple arm angles and improvisation under pressure all came together to make Wilson the clear choice for Joe Douglas and company.

While Wilson didn’t face top-tier competition at BYU, he did register wins against at Tennessee and against USC and UCF in his final collegiate contest.  Picking up wins against major programs while playing on an undermanned BYU team had to raise Wilson’s stock just a bit as his 2020 schedule was largely a cake walk.

As is the case with any quarterback in and draft class, there are some questions about Wilson that will only be answered once he steps on to an NFL field and starts taking live reps.  For example, will the increased talent he’ll be facing on defense, will he still be able to sneak the ball in to tight spots or will he see an increase in turnovers?  The Jets are banking on the answer to that question being “no” as Wilson will not only be playing against better players, but with better players.

Having added free agent wide receivers Corey Davis and Keelan Cole who will be joining Jamison Crowder and Denzel Mims, Wilson will have some big bodied and experienced receivers to work with in Gang Green.

There are also some concerned with the fact that Wilson once had shoulder surgery to repair a torn labrum, a procedure for which he showed no ill effects last season in completing 73% of his passes while tossing 33 touchdown passes to just 3 interceptions.