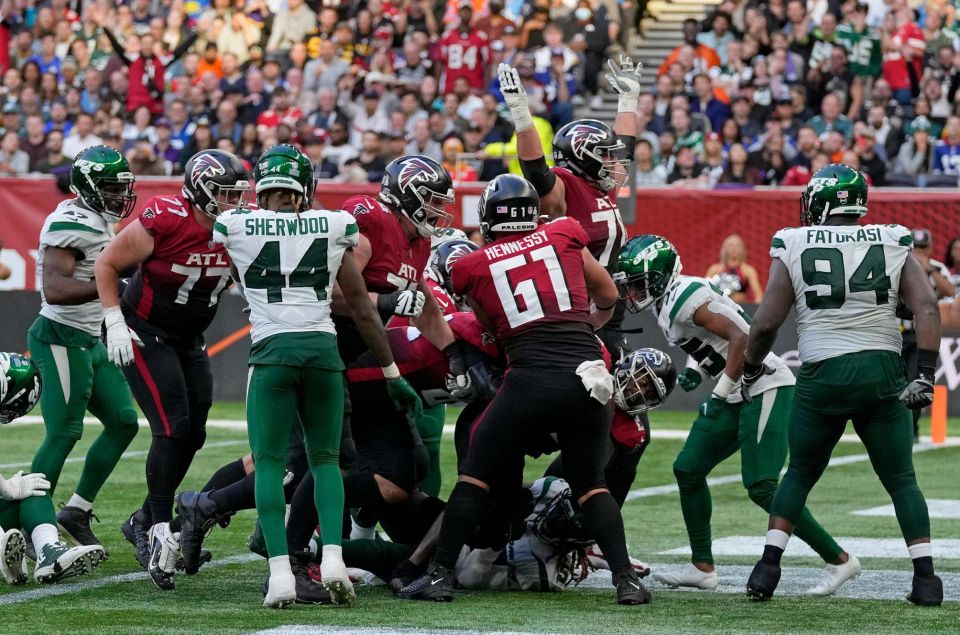 The New York Jets had London buzzing.  Gang Green fans filled local pubs as J-E-T-S chants rained down from the thousands of  partygoers being treated to a rare Jets game across the pond.  And it was all for naught.

Once again, the Jets came out flat.  The Falcons dominated in every single facet of the game through the first half as they took a 20-3 lead in to the locker room.  Did Atlanta get some help on a phantom roughing the passer call on their first drive for 3 free points?  Absolutely.  Would that have made any difference in the long run? No.

The Jets have now established themselves as an undeniable first half flop of a football team.  Week after week they come out and look awful on offense.  Once again Denzel Mims was essentially nailed to the bench while Elijah Moore was largely ignored.  In fact, injured left tackle Mekhi Becton went so far as to call for more Mims via his twitter account during the game.

Meanwhile, Moore saw fewer reps than he has in weeks past and was targeted just twice.  Once leading to a flag as Moore went out of bounds before catching the pass and then a second that drew a pass interference call.

On defense, the Jets got reckless in asking their defensive linemen to cover the Falcons tight ends.  The result?  Both Atlanta touchdowns came with D-linemen in coverage.  The first with John Franklin-Myers covering first-round pick Kyle Pitts.  Then later on Hayden Hurst beat Bryce Huff.  Hurst’s score gave the Falcons a 17-0 lead, essentially ending the game before halftime.

The Jets are facing a TE who plays like a WR so they’ll probably cover him with a corner.

There was plenty of blame to go around in this one on both sides of the ball.  Zach Wilson missed some easy throws that could have led to big gains.  This, while the defense played soft coverage far too often and got picked apart underneath.

Given the early deficit, the run game was a non-factor once again as the game had to be put on Wilson’s shoulders.  He did not respond well.  Needing to be almost perfect, Wilson get the Jets in the end zone twice in the second half, but still missed far too many short “gimme” throws.  It’s still early, but that doesn’t mean it’s not ugly.

Those two scores got the Jets within a field goal, but the defense had nothing left in the tank.  Worn out and tired after an overtime game last week and spending too  much time on the field Sunday, they couldn’t hold up.  The Falcons marched down the field for a TD that was the final nail in the coffin, making it a 2 score game with just over 2 minutes to play.

Now the Jets have the bye week to get some things fixed.  First and foremost, they have to sustain some drives early on.  Too much pressure on the defense is taking its toll.  And perhaps in the coming weeks, let the defensive backs play defensive back while the D-lineman play D-line?