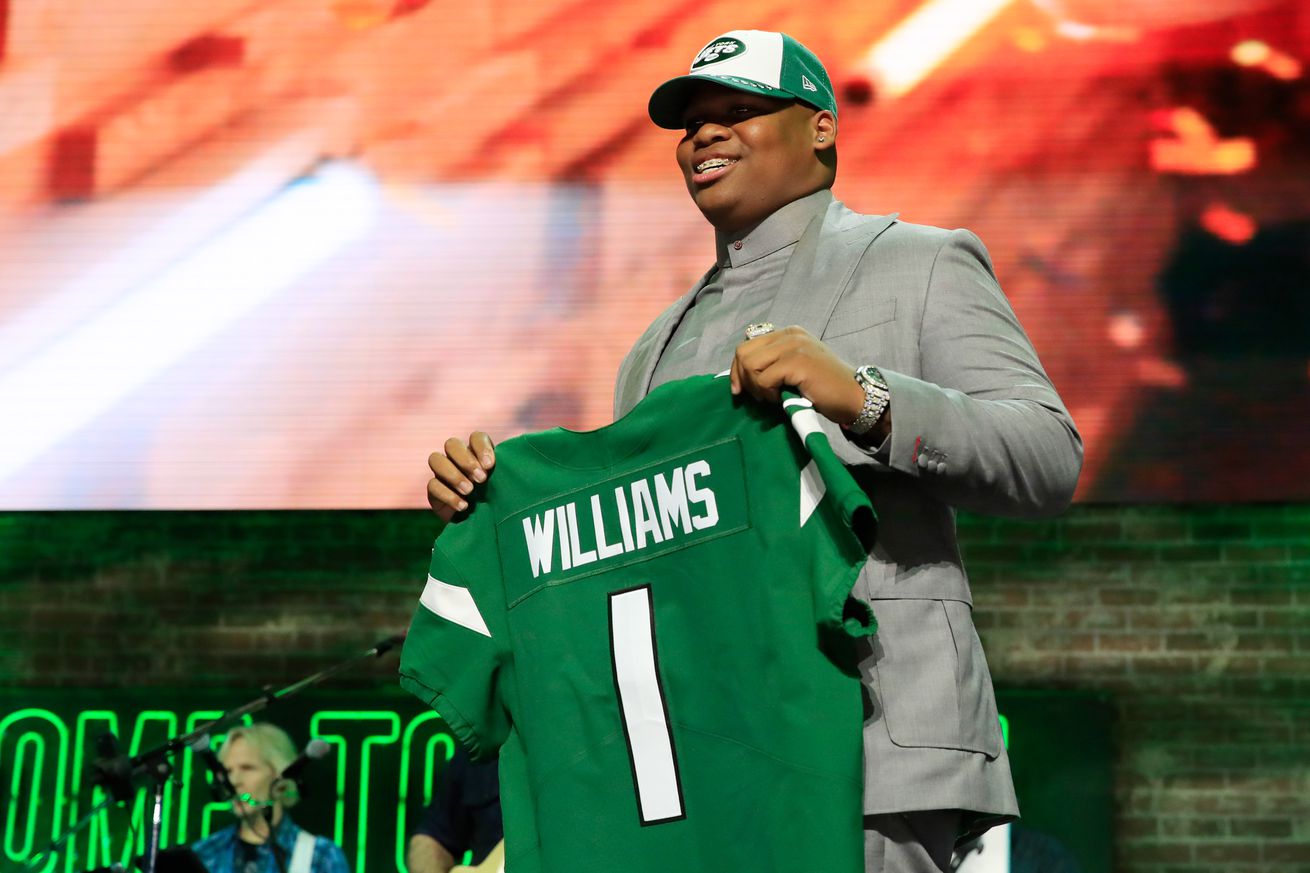 In the lead up to the NFL Draft, many analysts put together a big board. This their ranking of the prospects. Over the next few days, I want to take a look at various big boards and compare them to the slots in the NFL Draft where the Jets made their picks.

I am going to start by looking at the big board of Mel Kiper from ESPN.

As a reminder, none of these will definitely prove the Jets or an analyst are right or wrong. By doing a number of these, we will be able to see whether a consensus believes the Jets got good value from their picks.

There probably won’t be much of a gap for any analyst with this pick. Williams was a consensus top player, and the Jets owned a top pick.

I’m guessing Kiper buys into the bad process more than the tape on this player.

If you believe Kiper, this was the best value pick the Jets had.

It seems like the Jets and Kiper were simpatico on this player. Not only were they within eight slots of each other in the fourth round, the Jets traded back twice to target Wesco.

I have a feeling we will see other analysts be much higher on this pick.

Meanwhile I have a feeling this one won’t score well on many big boards.

So there you have it. I direct you to the comments for Mel Kiper bashing.