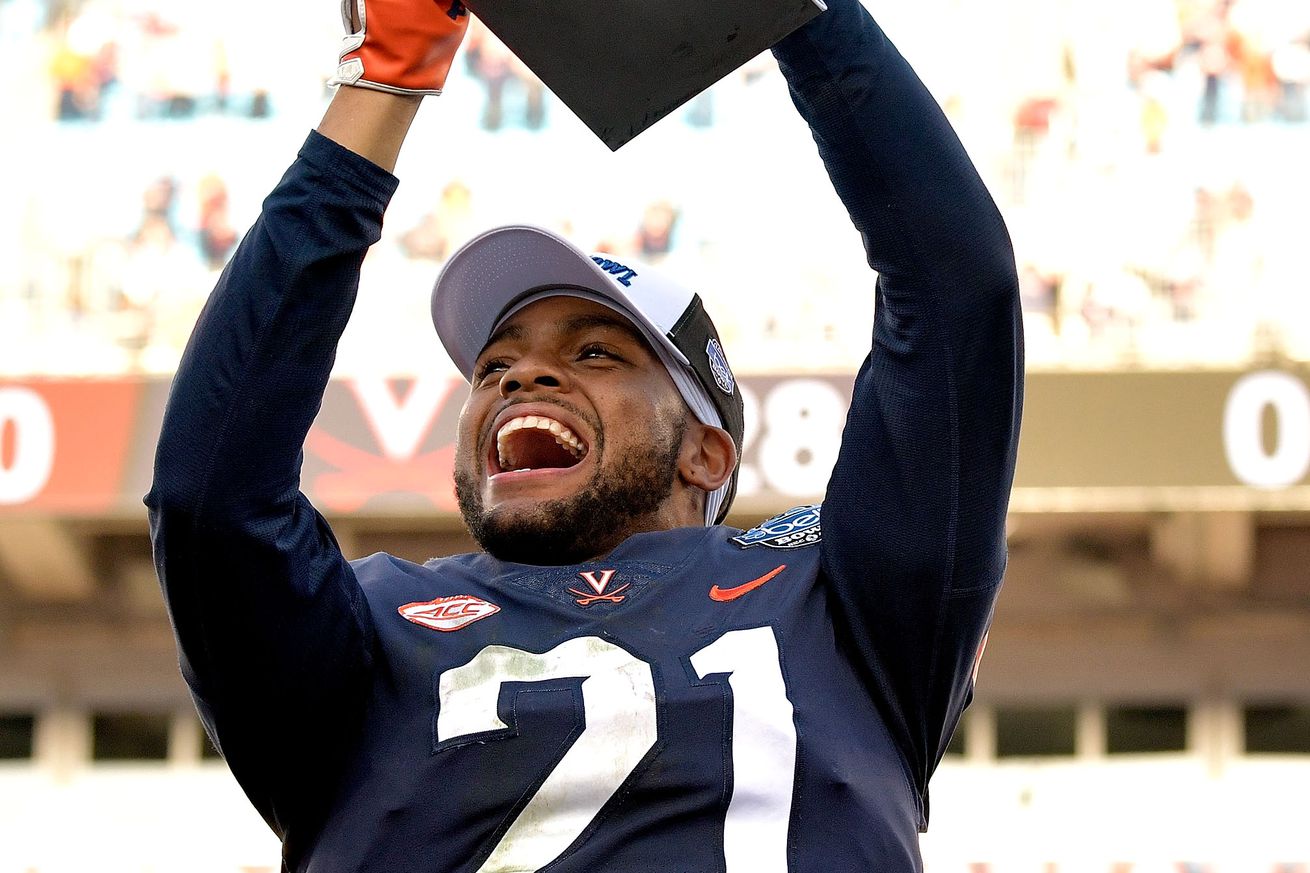 We have the 58th and 59th prospects on the GGN Big Board! It’s a tie! And the winners are: Trayvon Mullen, CB, Clemson and Juan Thornhill, S, Virginia! With Mullen and Thornhill taking the 58th and 59th spots, our crowd sourced Big Board now looks like this:

From now until mid April I’ll be putting up a daily poll asking GGN to vote on the best available player from a rolling list of 15 candidates. The idea here is to build a generic Big Board reflecting the community’s view of this year’s draft class regardless of the Jets’ (or any other team’s) particular needs. So for instance, the Jets do not need a QB this year, but that should not prevent you from placing a QB high on the Big Board. Each day we will close the previous day’s poll and the candidate with the most votes will be added to the GGN Big Board. In the event of a tie vote the tie will be broken by surname in alphabetical order. By the time the draft rolls around we should have enough players on our Big Board to cover two rounds of the draft.

Try not to get overly frustrated if your guy isn’t being voted to the top of the board. We all have different views and what we’re looking for here is a composite of the best players in the community’s collective mind. Your views may or may not coincide with the community’s, and either way that’s OK.

So let’s get to it. Today we vote for the #60 prospect on the 2019 crowd sourced GGN Big Board. Who will it be? Vote early, vote often, and let’s hear who you think are the best players in this draft.