Patriots tackle Trent Brown, who New England brought back in a trade with the Raiders this week, will take that crown away from Becton. Brown weighs 380 pounds, making him the heaviest player in the league. Becton is right behind him, though, at a listed 363 pounds. Brown is also an inch taller than Becton at 6-foot-8.

Though Brown and Becton are the two largest players in the league, they don’t move like it. Becton posted a 5.11-second 40-yard dash time at the NFL combine last year after Louisville helped him train to play fast with his massive frame, while Brown showed he can be explosive too with hops like this:

Almost one year ago

Now Robert Saleh and the Jets defense will go toe-to-toe with literally the biggest player in the league twice next season. Saleh knows Brown well; they were both in San Francisco in 2017 when the 49ers hired Saleh as their defensive coordinator. Brown started 10 games in 2017 before finishing the season on injured reserve.

Some Jets players have faced Brown in the past as well after he played with the Patriots in 2018. Impending free-agent linebackers Neville Hewitt, Jordan Jenkins, Tarrell Basham and Frankie Luvu, as well as defensive linemen Nathan Shephard and Foley Fatukasi all, saw action in the two Jets games against the Patriots when Brown started.

Brown is a good pickup for a Patriots team that underperformed in 2020. He didn’t allow any sacks this past season, was only penalized once and finished with a 68.9 Pro Football Focus grade. The Jets defense, meanwhile, should be much-improved with Saleh and defensive coordinator Jeff Ulbrich coaching the unit and with the development of Quinnen Williams and the return of C.J. Mosley. 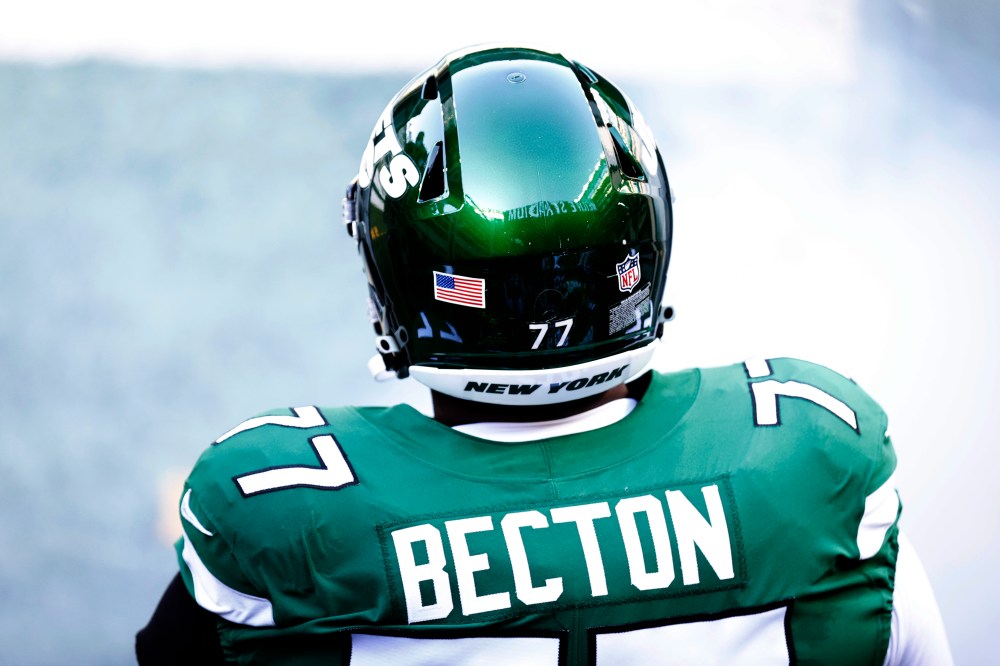