With the Jets thin at running back, they brought in a local product in former Monmouth star Pete Guerriero.

Guerriero went to Lyndhurst High School, which is 28 miles from The Atlantic Health Jets Training Center. He then went on to Monmouth University and became one of the school’s greatest running backs in just three seasons. Guerriero declared for the 2020 NFL Draft even with one year of eligibility left but went undrafted.

Now he’s getting an opportunity with the Jets. Let’s get to know a little more about the New Jersey running back. 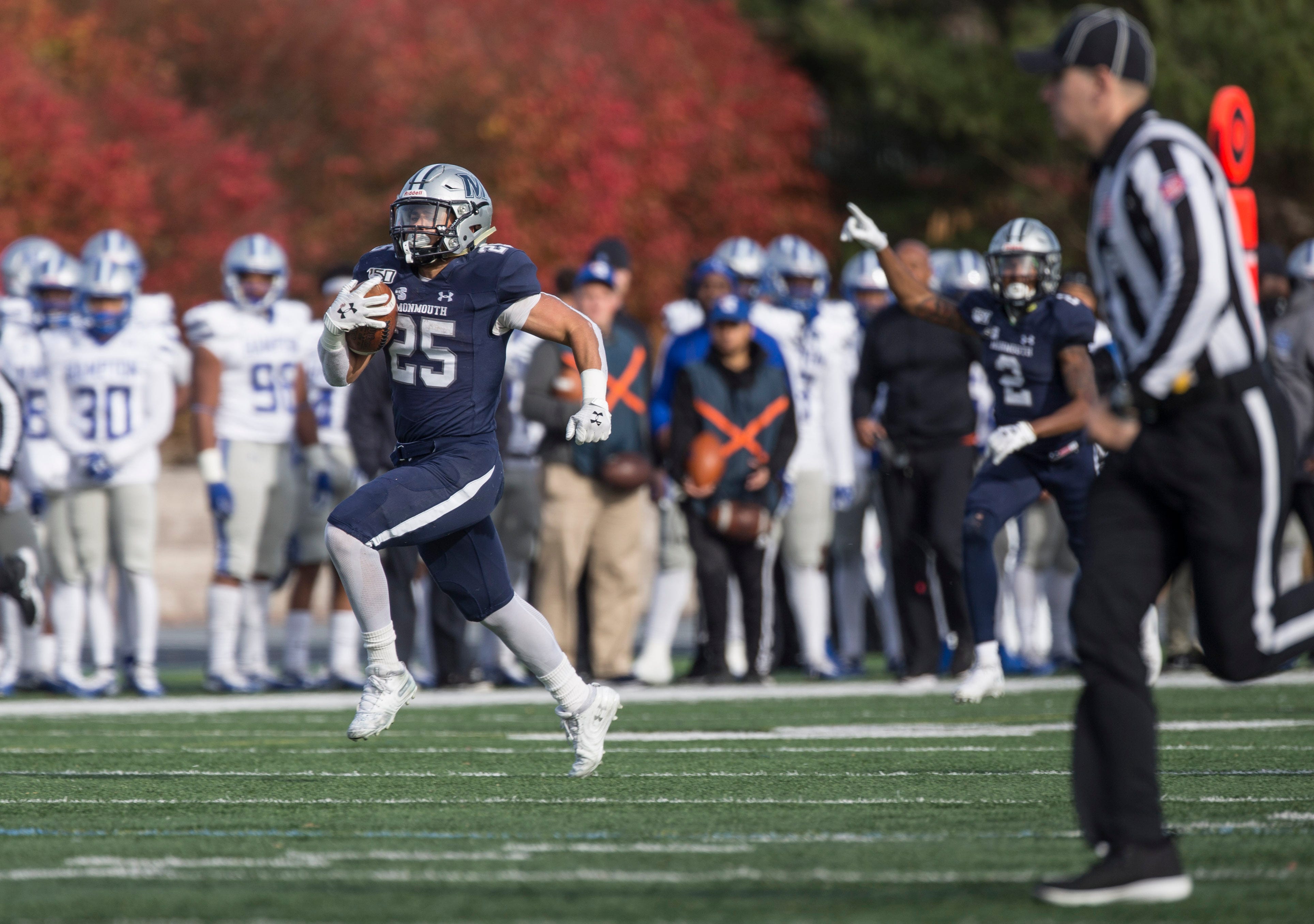 When Guerriero arrived on Monmouth’s campus in 2016, it was not as a member of the football team.

Guerriero went to Monmouth on a track scholarship after not receiving many football scholarships out of high school. He was a sprinter for the track and field program and dominated the MAAC Outdoor Championships, winning the 100m dash in 10.65 seconds and the 200m dash in 21.89 seconds.

Guerriero also won the 100m and 200m dash back in high school at the Bergen County Meet of Champions and was first-team all-county.