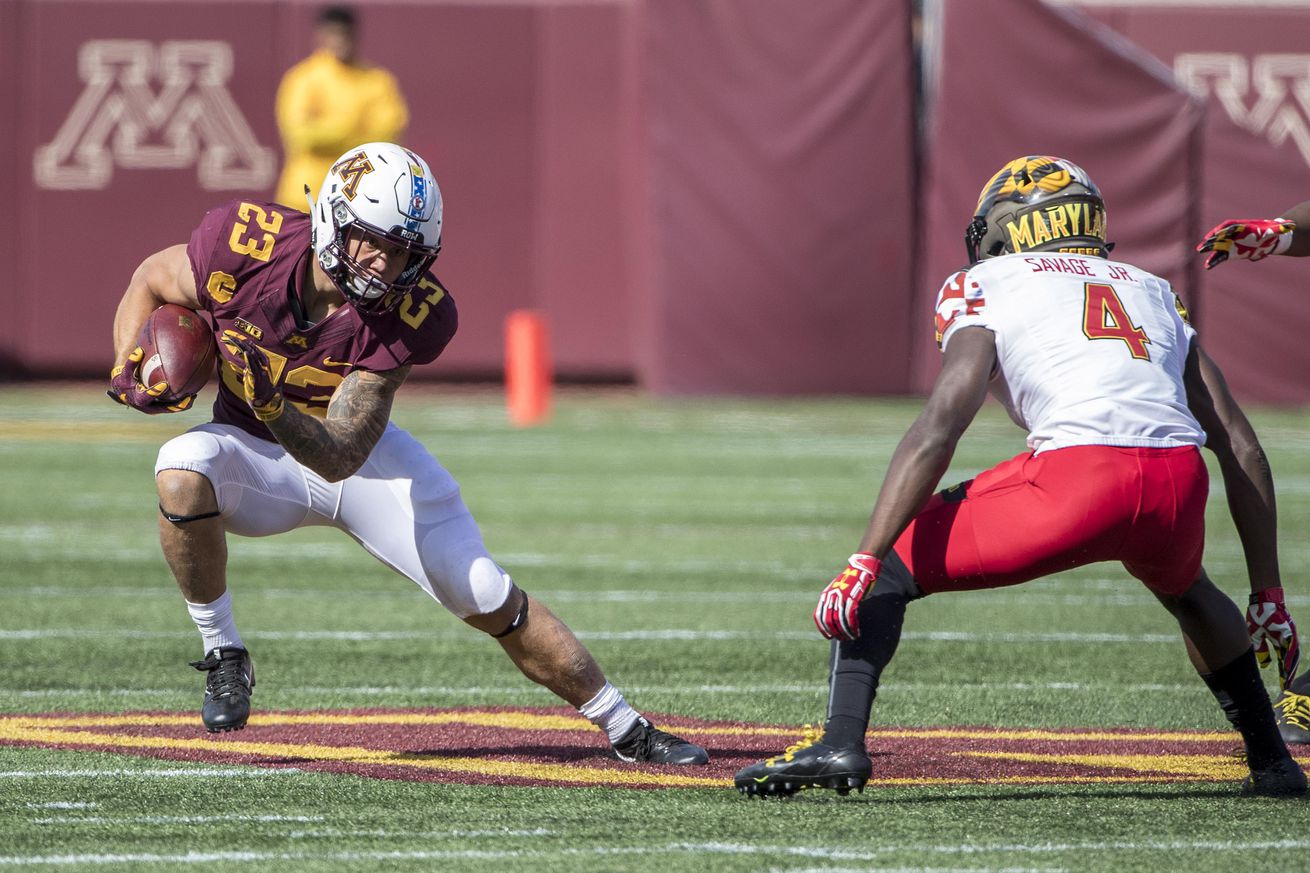 A superb athlete with tremendous hops, Savage is a safety prospect who can play anywhere on the field. He is tough and likes to lay the wood when he tackles. He plays a nasty brand of football that helps inspire those around him. He is adept especially in zone coverage where is able to close rapidly to make a play on the ball. He is fast and can cover from sideline to sideline in coverage or as a run defender. He has tremendous versatility to play as a single high safety, in the slot, against TEs or as a blitzer off the edge.

He was very productive with 170 tackles, 8 INTs (2 pick sixes) and 13 PBU in three years. He is confident. He reads the situation. Then he is off to make a play without hesitation. He is a violent tackler but usually wraps up to make a sure, powerful stop. He has a quick balanced pedal that is very smooth, and he can explode from the pedal in a heartbeat with plus closing speed. He is always “geeked up” ready to make a play. He is never idle, always on the move. His motor always runs hot. He is the perfect complement to Jamal Adams as a single high safety. He is an underrated cover safety and adds ball skills to his arsenal.

Savage is a gifted athlete who rivals Jamal Adams in confidence. He has the speed to cover the back end but can also play near the line of scrimmage or in coverage. He is smart and can read a play from deep safety or directly in front of him.

Here he is in off man coverage against the tight end with his team down by 14 and in need of a big play. Watch the TE as he comes off the line. He is taking a lazy stroll, He has no intention of going deep on the play, and Savage reads that right away.

The TE cuts at the 24 yard line but comes out of his break at the 26 yard line. This is what we call “drifting” in the scout world, and it allows Savage to cut right under him and make a pick six to get his team back in the game. Here it is from another view.

The QB exacerbated the problem by staring down the TE off the snap. You can see he never looks elsewhere. This is a nice read from off coverage and shows how confident Savage is in what he sees. The “safe” play is to allow the TE to catch the ball and make a quick tackle, but Savage uses his instincts and eyes to make a game changing play.

Here he is in off coverage on the tight end again who this time is running a 5 yard stop route. Again Savage can read the eyes of the QB and see he is throwing to a open man on another 5 yard stop route. Obviously someone ran the wrong route. You don’t have two of the same routes run next to each other.

The QB (Haskins) is so sure the route is wide open he throws it right away. He is under no pressure from the rush. Savage sees the throw all the way and comes off his man to reach into the passing lane and deflect the pass. You can see it better from another angle.

You can clearly see Savage break on the ball, and he has enough savvy to tip the ball up so his guys would have a chance to intercept it. These are the type of plays that special players make, the type of players who have instinctive qualities to change the game.

Here he is again but this time in run support, but he is again reading the play. He slowly approaches the line at the snap and can clearly see that no one is in pass blocking mode, and the power of the formation is to his side.

It’s a read option play, but there is no open lane for the QB so he just gives it off to the RB who is running left. This is Ohio State, not some FCS school. Savage wraps up the back easily for a 3 yard loss. He was near the line of scrimmage in run support, but he also did a great job of reading the play and making a sure tackle.

This next GIF is of two more plays from the same game both in succession. In both plays he is playing off coverage on the slot receiver. Remember, he is a safety who can come down and cover in the slot; he is not some slot corner. If the play is run or thrown to the opposite side of the field he will have to get back in deep coverage in case of a long run.

In both cases he reads the play well. The first play he breaks up the pass by closing quickly. This is the definition of “click and close” in scouting circles. In zone or off coverage how well a defender is able to stop his retreat and close on the pass is “click and close.” The first play was against KJ Hill, and the second play was against Parris Campbell who has elite speed. He keeps him to a minimal gain.

Here we go again with off coverage and a receiver who drifts on his route. This is like candy to a safely like Savage who can read patterns so well. You can see that Savage almost runs the pattern for him then breaks on the ball.

Savage has great ball skills and he can read a play, a receiver or a QB’s eyes, but a safety makes his money (especially a single high safety) as a sure tackler. You can’t miss or be wrong when you are the last line of defense.

On this play Savage is playing single high as a deep safety. This is a reverse, and you can see that the play is well defended. Yet no one is looking to make a tackle.

Savage comes around about five guys to close on the play and make a sure tackle for a loss. He didn’t go for the blow up tackle. He just took him down for a five yard loss.

This next play is from the same game, against the same player but on a different play.

This is a hard sure tackle against a shifty wide receiver. You can see Savage comes from nowhere. His speed is apparent. It is like he plays at a different level.

This next clip is to show you the difference in tackling technique. In order to be a good tackler you have to be quick, with speed and know how to break down and square up an opponent. You have to be under control, keep a stable base, and then explode into the tackle.

By the way, that was Noah Fant the All-World TE that Savage bought down. The first player came in too fast and without a wide base. His forward momentum didn’t allow him to quickly adjust to his left, and Fant went by him easily. You see Savage come in from Fant’s left, forcing him to the sideline and limiting his field. Savage breaks down to a stable base and forces Fant to make a move as Fant tries to take the edge. Savage cut him off.

This last GIF is of Savage doing what a safety is supposed to do, and that is tackle. I have shown you he can cover in space and make great plays on the ball, but a safety must be able to tackle and do it well.

Savage is a quality player who is being ignored by many in the Draft community because he went to a school like Maryland rather than some football factory. The reason Savage went to Maryland was as a HS junior he had a terrible accident and broke his femur. While many programs moved on elsewhere, Maryland never wavered and offered him a scholarship. He repaidd the loyalty which says something good about his character.

I for one want us to trade down in the 2019 Draft so we can rebuild our team. I love all three options at the top of the draft, but we need offensive line help badly, and to pick this kid with pick #68 to pair with Jamal Adams for the next decade is really appealing.

Remember this is a passing league and you need special players who can stop the run and cover the pass. Having two safeties who are special would be …special.

What do you think?