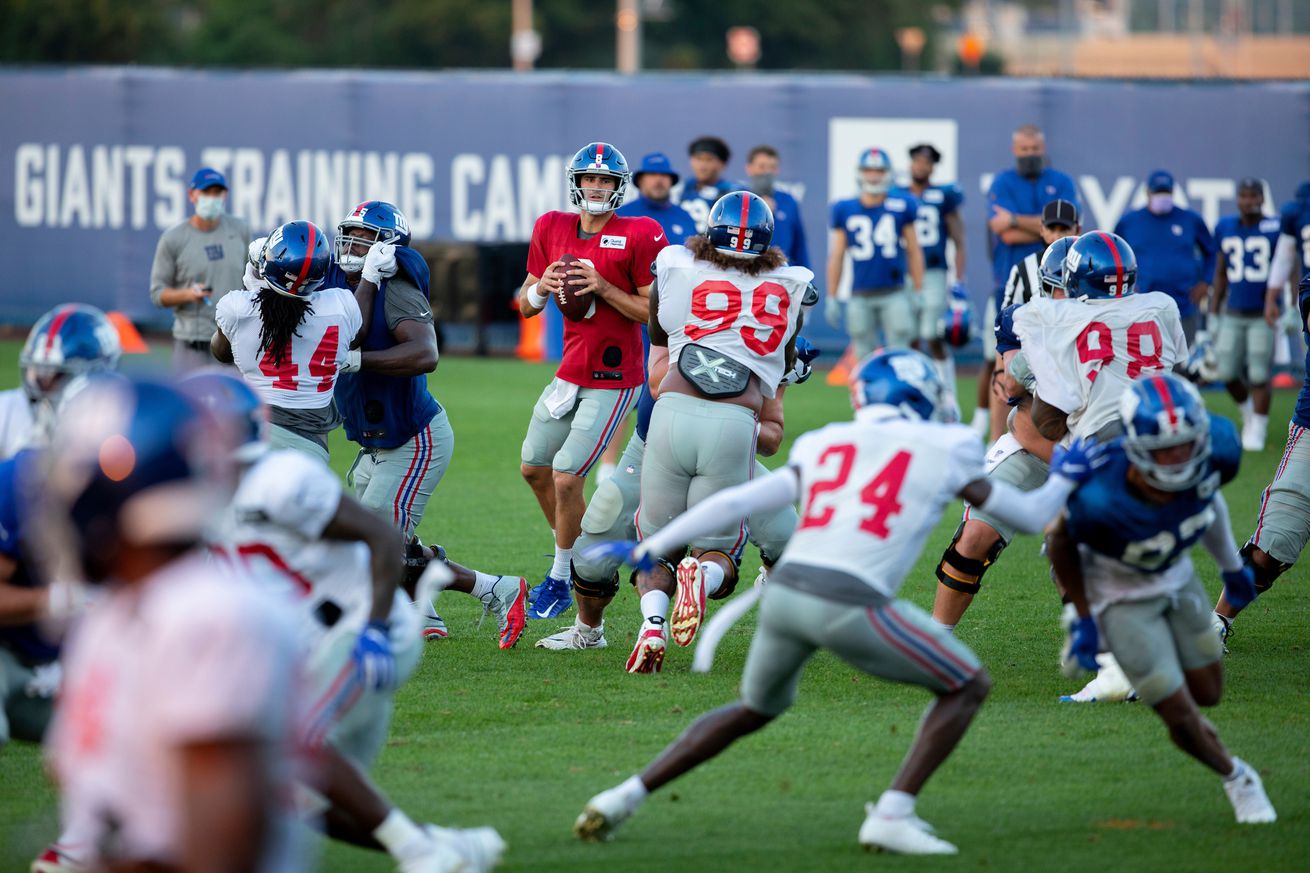 New York Giants coach Joe Judge seems to have found a way to take the attention off forcing players to run laps and participate in live tackling drills. Judge said Tuesday evening that the coaching staff has “talked about” letting quarterback Daniel Jones get hit a little bit in practice before the Giants’ Sept. 14 opener vs. the Pittsburgh Steelers.

Judge is fond of saying things like “You have to build in the football conditioning through playing football,” which is something he said on Monday.

Still, quarterbacks are treated differently. With good reason, of course, since the quarterback is an NFL team’s most important player. Coaches would wrap them in bubble wrap or one of those inflatable bubble balls if they could, but they obviously can’t practice like that. So, they wear red, non-contact, jerseys and generally cannot be touched.

The only exposure they generally get to contact before the regular season is in whatever limited number of snaps they play in preseason games.

Without those, Judge was asked if he would actually let Jones get hit in practice at some point.

I have no idea what form that might take. I can’t imagine, though, that it would be anything more than a handful of carefully orchestrated thud tackles. Or, whacks from a coach with a pad, a ploy sometimes used on running backs and wide receivers to simulate contact from a defender.

Judge is old school. At least as close to old school as he can be with today’s rules. He isn’t, though, crazy enough to put Jones at risk when he doesn’t have to.

Like a lot of other things with Judge thus far, this seems like much ado about virtually nothing.