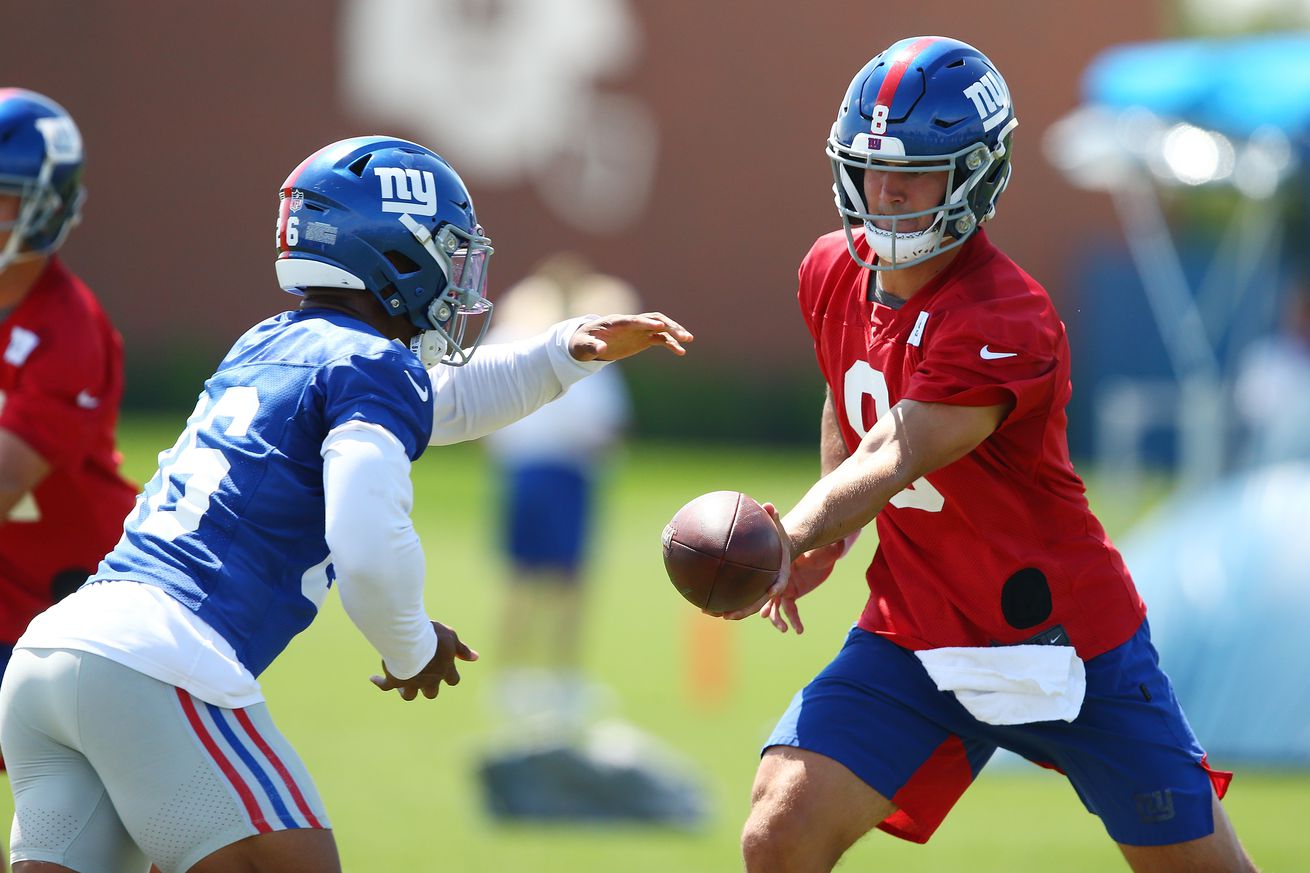 Everyone wants to know how their team will do in the coming season, and obviously fans of the New York Giants are no different.

Shiel Kapadia of The Athletic put together his feelings on how likely each of the 32 teams are to hit — or fall short of — their projected win totals. He based his piece on the Over/Under for each team set by William Hall Sports Book. The Giants were set at an Over/Under of 6 wins in 2020. From there, Kapadia split his predictions for the various teams up into various tiers of confidence, ranging from highly confident (“Empty out the piggy bank”) to little confidence (“Stay away, please, I’m begging you”).

His prediction for the Giants landed in his top tier of confidence, but probably not in the way Giants fans would hope.

The biggest concern when hiring a coach off the Bill Belichick tree is the coach will think he’s Belichick and behave like Belichick without having established any credibility in the locker room. Matt Patricia has been the best example in recent years. But Joe Judge might be coming for the crown. Sometimes it’s worth offering evidence-based analysis. Other times, it’s more helpful to point out that you will never forgive yourself if you take the over on a coaching staff that includes Jason Garrett, Freddie Kitchens and Judge.

I have two main thoughts on this. The first is on the advice to take the “under” with the Giants, and the second is on Kapadia’s justification.

I don’t have a problem with him taking the under with regards to the Giants. The team faces an absolutely beastly schedule, projected to be the second-hardest schedule in the NFL. They’re also facing one of the worst rest deficits of any team in the league as well.

They are facing a number of franchise quarterbacks, some of the best offenses in the NFL from a year ago, and some of the most dangerous defenses. It’s entirely possible that this team will improve from a year ago — and it won’t matter. We also need to recognize that the Giants are very young and will be relying on players with three years or less in the NFL at just about every position of importance. It’s fine to be optimistic, but we can’t ignore the fact that the Giants have questions at quarterback, offensive tackle, EDGE, cornerback, wide receiver, and center. Maybe the young guys will live up to expectations, but we also can’t ignore their potential to not pan out.

Now for Kapadia’s justification for taking the under: The Giants’ coaching staff.

His blurb could be read as a shot at the Giants’ coaches — in fact, that’s exactly how Ed said he took it when he passed this along to me. As with the Giants’ roster, I do think a certain amount of skepticism is healthy regarding Joe Judge and the rest of the Giants’ coaching staff. Judge is a true rookie head coach, never having managed a game at any level. Belichick/Saban disciples have a very defined track record when given the opportunity to coach their own teams, and it’s not a great record. Each of them has seemingly tried to “Be Bill” and none have succeeded, because Belichick is one of a kind. It’s understandable to worry that a coach with no experience will base his approach on what he saw from his most successful role model.

But it’s not right to just assume his failure and toss him in the dust bin preemptively.

Personally, I’m taking a skeptical but “wait and see” approach. I do live what I’ve heard from Judge, but I’ve also been burned by too many Giants coaches too recently. I’ve heard all about how the team is going to be tough, smart, hard-working, and physical. I’ve heard how the coaching staff is going to coach to the players strengths, and be teachers, and that they’re blue-collar “football guys.”

I heard all about that from Perry Fewell, and Ben McAdoo, and Pat Shurmur and James Bettcher. I’m not dismissing Judge’s chances to succeed where other Giants coaches, and coaches in his tree, have failed. I’m just saying: Show me. Give me an actual, tangible reason to believe.

That’s why I don’t have a problem believing the Giants will fall short of 6 wins — they haven’t shown they can do more than be a bit better than feeders since 2016. But to preemptively say the coaching staff will fail before giving them a chance to succeed isn’t a compelling reason for me.