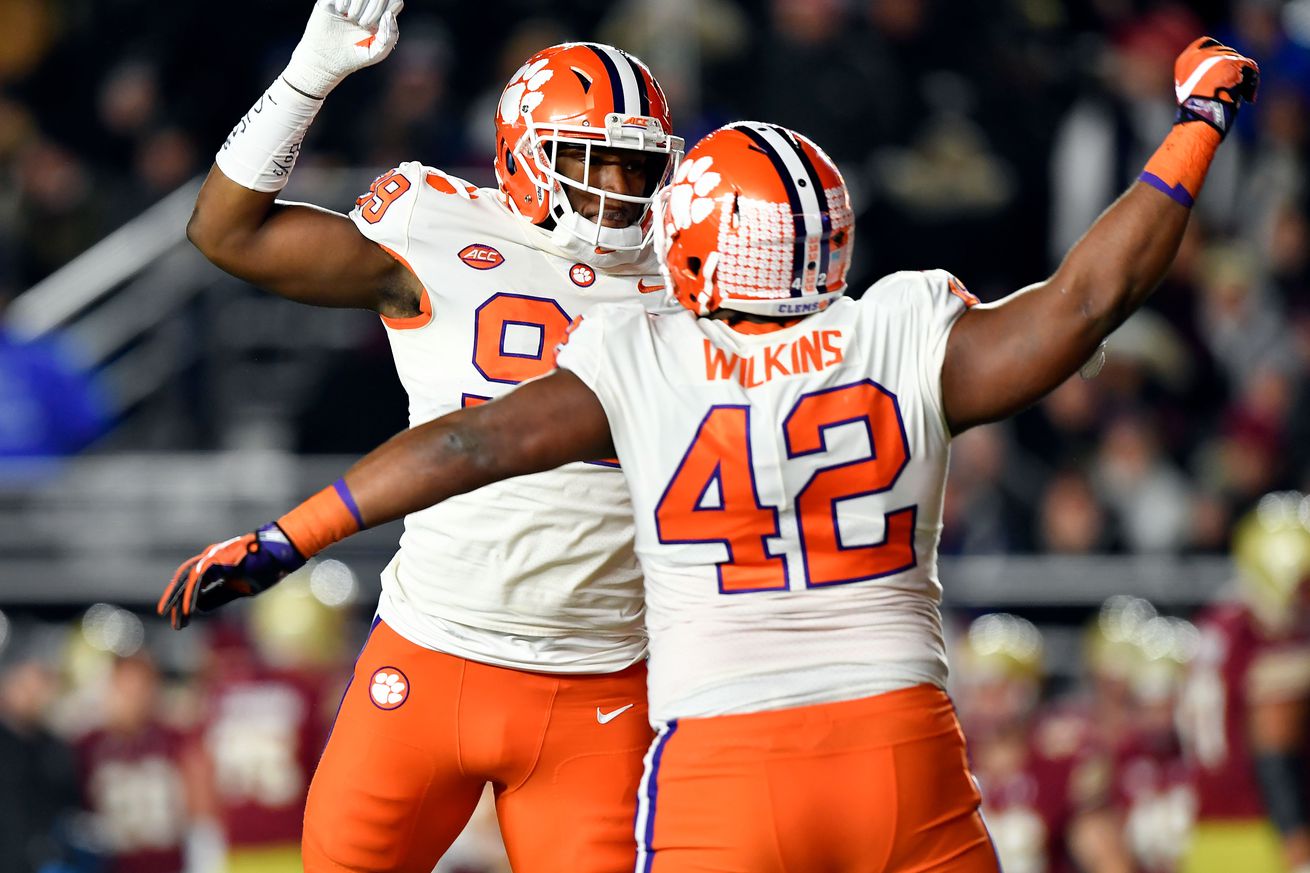 DT Christian Wilkins was a leader for Clemson. Could he do the same for the Giants’ defensive line?

It came as something of a surprise when defensive tackle Christian Wilkins elected to forego the 2018 NFL Draft and return to school.

Wilkins was regarded as one of the top prospects in last year’s draft and was almost a lock to go in the first round, but still he decided to keep Clemson’s defensive line together. The group believed that their team still had work to do and could lead their team to a championship in 2018, and as the leader of that defensive line, Wilkins couldn’t go running off to chase NFL riches.

They were right, and it was the Clemson defensive line, powered by Wilkins and Clelin Ferrell, who lead Clemson to a championship over an Alabama team which had steamrolled the SEC in the regular season.

Now he is in the draft, and the New York Giants are in search of talented, disruptive players for every level of their defense. It’s safe to assume that the Giants have some level of interest in all of the Clemson defensive linemen, so what could Wilkins bring to New York?

“Wilkins projects favorably to a three-technique role in a 4-3 defense where his leverage, burst, hand technique and flexibility can be used in a penetration-style role. With that said, he isn’t limited to that role and can function in a variety of techniques while offering playmaking upside against the run and pass. Wilkins does have some limitations because he doesn’t play with great extension and his processing skills can stand to improve. Wilkins has played in nearly 60 college games and should be able to step in right away as an impact starter. His football character and intangibles make him a culture-changing addition to an NFL locker room.”

Wilkins might be regarded as a natural 3-technique in a 4-3 front, but by no means is he limited to that role. Clemson played him all over their front, from a 4-3 defensive end to a 3-4 nose tackle, and he played well wherever they lined him up.

For the Giants he would be a 5-technique defensive end in their base defense and a 3-technique defensive tackle in their nickel packages, and should be disruptive whenever he is on the field. Wilkins has a very good (though not quite elite) first step to pair with polished hand usage and a chess player’s mentality. He has a solid reproitar of pass rushing moves and freely mixes them with his bull-rushes to set up offensive linemen later in the game. Wilkins also uses his agility well to attack unexpected gaps or execute TEX (Tackle/End Exchange) stunts.

Wilkins isn’t an athletic phenom like some linemen in this class, but he is athletic enough to give most offensive linemen trouble in one-on-one situations.

He probably shouldn’t be used as a two-gapping player in either a 4-3 or 3-4 front, but that shouldn’t be an issue in James Bettcher’s attacking 1-gap defense.

Finally, Wilkins is widely, and highly, regarded for his character and work ethic off the field and should be great presence in the locker room from Day 1. If he is still available when the Giants are on the clock for the 17th overall pick, the only reason the Giants shouldn’t give him heavy consideration is if they took one of the elite interior defensive line prospects at sixth overall.