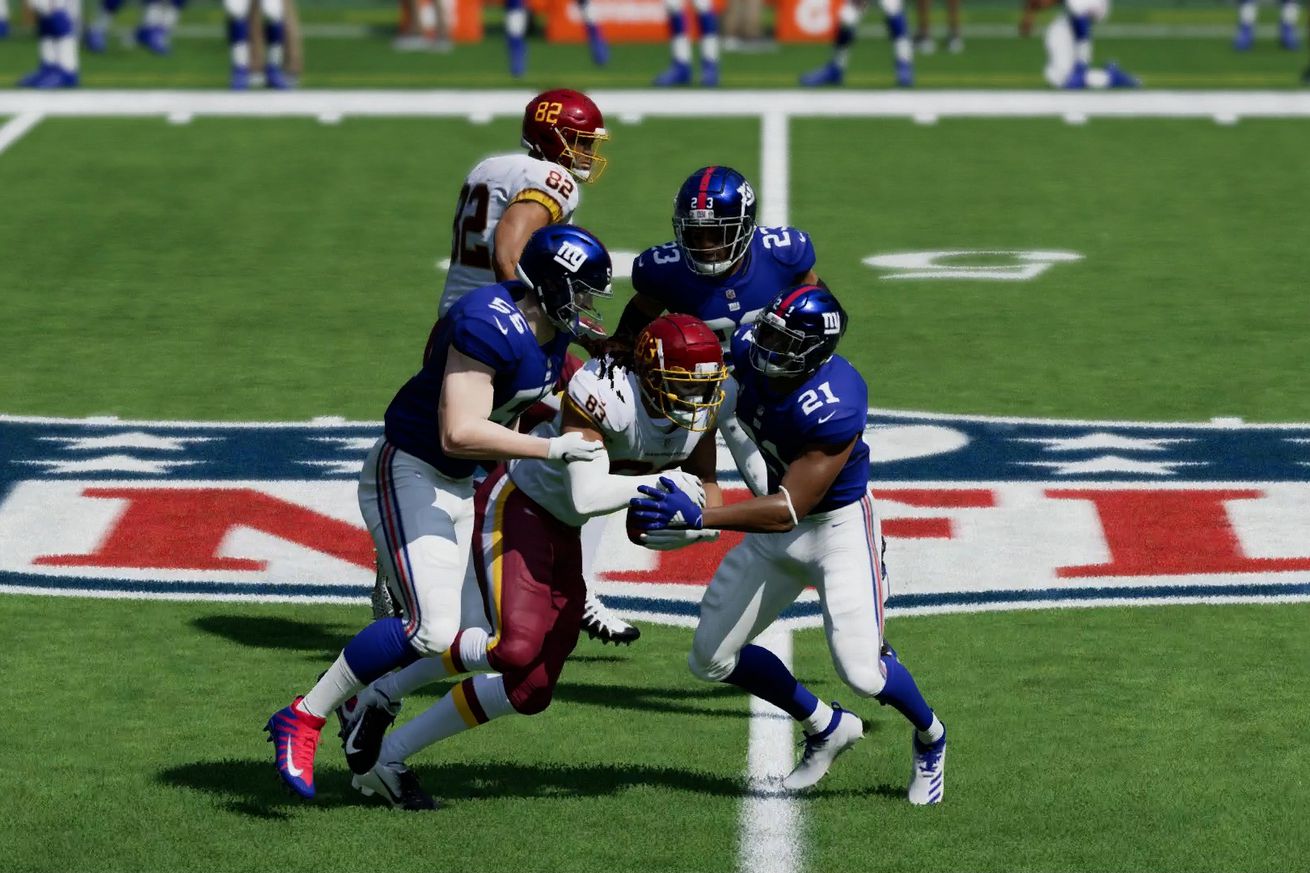 Will the Giants end their losing streak?

The New York Giants are finally favored in a game during 2020, against an equally struggling Washington Football team. To determine if the Giants can end their losing skid, I simulated this weekend’s matchup in Madden 21.

This game was a painful one for both offenses. The points were scarce, but the sacks and turnovers were plentiful. It took until the second quarter for a team to reach the end zone, despite Washington leading the entirety of the first thanks to a made field goal.

The scoring streak soon ended, set up by a long 55-yard reception. by Darius Slayton. Devonta Freeman eventually plunged into the end zone for a 1-yard touchdown.

The Giants wouldn’t expand their lead until the fourth quarter. Freeman reached pay dirt for his second touchdown of the day at the beginning of the fourth.

With a score of 14-6, Washington trailed the Giants by 8 with less than two minutes remaining. Kyle Allen almost pieced together a game tying drive, only to be tackled by Kyler Fackrell with no timeouts remaining. The clock ticked away, leaving the Giants victorious 14-6.

The Madden Sim is 4-1 predicting outcomes of Giants games on the year, and hopefully that accuracy is enough to predict the Giants first win.