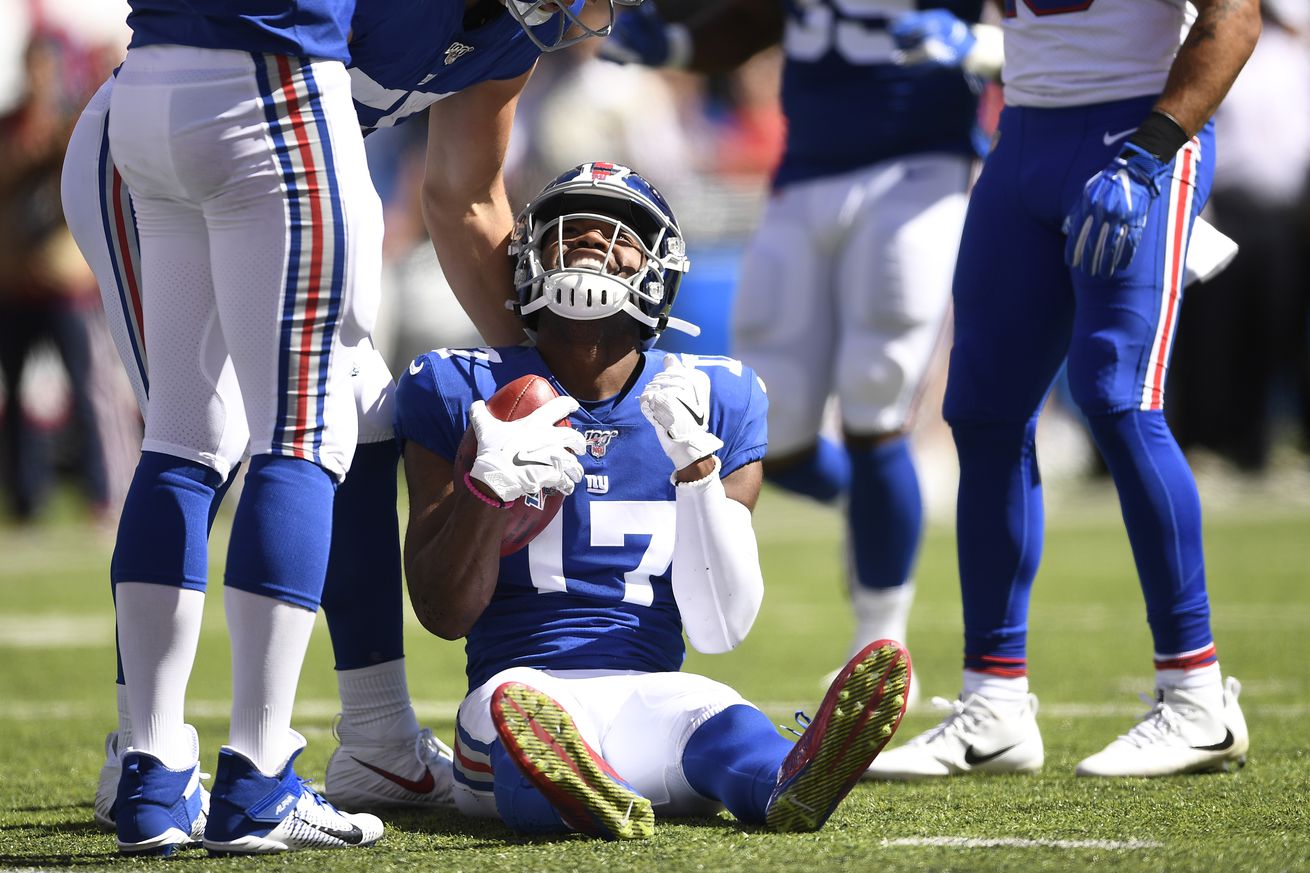 Calls that “the essence” of his job

A season ago, the New York Giants had one of the best pairs of punt gunners in the NFL with Antonio Hamilton and Cody Core. Now, Hamilton is a member of the Kansas City Chiefs and Core is on injured reserve after tearing his Achilles tendon.

So, what does special teams coach Thomas McGaughey plan to do? Mix up a big old pot of gumbo, that’s what.

“Any time you can create continuity that’s what you want, but sometimes you’ve gotta make due with what you’ve got,” McGaughey said. “For me as a coach, that’s my job. As special teams coordinator, that’s my job. That’s the essence of my job is to make the gumbo every week.

What skills does a gunner need?

There is always a question of who will kick, punt or long snap if one of those players gets hurt during a game. The possibility of losing some at one of those spots on a game day due to a positive COVID-19 test, complicates matters. What if you don’t have an extra kicker, punter or snapper on the practice squad?

“If we ever get caught in a pinch I don’t think it will be an issue.”

McGaughey admitted finding those “in a pinch” guys has been more important due to COVID-19.

“We always try to identify guys. A lot of these guys haven’t done some of these skills since high school, so you just never know because you’re always looking for backups in emergency situations. This year more than ever you want to do a better of identifying guys and trying to turn over every rock and see what kind of skills everybody on the roster has.”

McGaughey pointed out that Graham Gano has punting experience.

Gano handled both punting and placekicking duties for three seasons at Florida State. He averaged 42.1 yards on 148 punts, so handling that duty is certainly not foreign to him. Gano has punted eight times in the NFL – four for Washington in 2010 and four for Carolina in 2016.

What Gano brings to the roster

The Giants signed Gano last week to replace Chandler Catanzaro, who had taken over placekicking duties from Aldrick Rosas. McGaughey worked with Gano for several seasons with the Carolina Panthers.

“Graham brings a stability to the position,” McGaughey said. “Former Pro Bowl kicker and just a veteran player in this league. He brings experience, he brings leadership, and he’s a good person.

“I’m excited to have him here … Graham is Graham. He’s just a good man. He works his tail off. He’s a professional field goal kicker, that’s what he is. He goes about his business the way he’s supposed to.”

When the Giants have practiced punt return Golden Tate, Sterling Shepard, Darius Slayton and Corey Coleman — the team’s top for wide receivers — have been the returners.

“We’ve had starters out there before,” McGaughey said. “That’s a play-making position. You’re trying to put guys back there that are going to make plays.”

We haven’t see the Giants practicing kickoff return or coverage very much, though McGaughey said they would “ramp that up” in the coming days.

McGaughey wouldn’t reveal which players might be under consideration for that role.

“We’ve got a bunch of options,” McGaughey said. “We’ve got at least five or six guys that are out there working.”