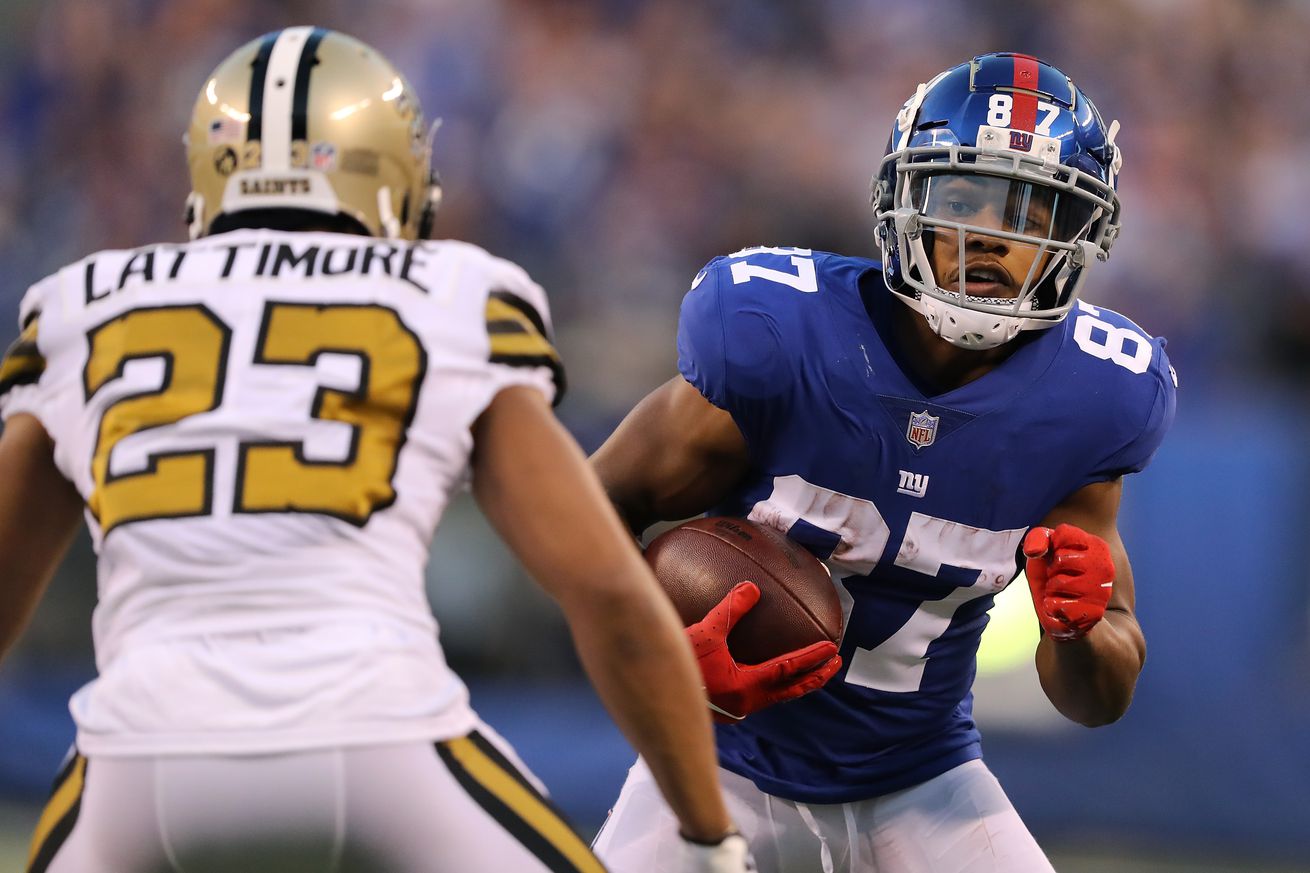 Wide receiver says he is ready for leadership role

Sterling Shepard admitted Monday that he was “a little shocked” when the New York Giants traded Odell Beckham Jr. to the Cleveland Browns, but that it was also a reality check for him.

“I think, but you sit back and you look at it, it’s kind of the nature of the business,” Shepard said. “That was a point for me to really sit back and realize that this is a business, and that’s just how things go sometimes.”

The business was recently kind to Shepard as he is received a four-year, $41 million contract extension to remain with the Giants.

“It came up kind of quickly. We got it done fairly fast. I think we went back and forth maybe three or four times, but it was all worth it — about a month and a half, two months. It was done fairly quickly,” Shepard said.

A few other takeaways from Shepard’s conference call with media, held the first day of the teams’ offseason workouts.

He will miss Beckham

“I will miss him in a lot of ways. I learned a lot from him on the field. That’s like a brother to me. That’ll never be lost, but just being able to talk to him on game days on what we see. That’s something that we did all the time. Just different things that we saw on the field, and how to go about handling them. He’s one of the best receivers in the game, in my opinion. It’s great to have that type of guy on your team that you could bounce ideas off of and share what’s going on through their eyes.”

“We definitely are similar when it comes to our game. I was pretty excited, to be honest. To have a veteran like that to be able to — Odell is gone and that was the guy that I bounced ideas off of. To have a guy that’s been in the league that long, and to have been around, it’s great to have people like that that you can talk to about the game. I was pretty excited, and I have no doubt in my mind that we will be successful. We’re both the type of guys that can play inside and outside, and I think coach will use us in a similar way that he used (Vikings WR Adam) Thielen and (Vikings WR Stefon) Diggs, and them. So, I don’t see that being an issue at all.”

On becoming a veteran team leader

“I think Odell going down kind of helped me with the leadership part of that. Being able to handle guys coming to me for some help on the playbook, or whatever it may be. I think that kind of helped me out the past 10 games with that aspect. It’s kind of different. You go from having a guy like Odell and having a guy like (former Giants WR) Brandon Marshall and those types of guys in the room, and now you’re the only one that’s kind of looked at for advice. Like I said, I feel like I have been prepped for that, and I’m ready for that.”