The New York Giants are not shy when it comes to revealing their plan for the offensive line. They are openly touting their rotation plan at both guard and tackle positions. Only center Nick Gates has taken every offensive snap this season.

On Sunday, Will Hernandez, who started the first 40 games of his Giants’ career at left guard, did not start against Philadelphia. Rookie Shane Lemieux did. Lemieux had started the past two weeks against Tampa Bay and Washington while Hernandez was sidelined on the Reserve/COVID-19 list.

Hernandez did get his left guard gig back on Sunday, but it took an injury to right guard Kevin Zeitler (concussion) in the fourth quarter for him to get into the game. Lemieux slid over to Zeitler’s spot and Hernandez came in at left guard and finished the game.

One of the reasons Hernandez was left out of the starting lineup on Sunday was the continuity and flow the line has settled into the past few weeks. They have been running to football very well and the plan appears to be working.

Perhaps they were just easing Hernandez back into that flow, or… Lemieux has played so well next to Gates and fellow rookie Andrew Thomas that the coaches felt there was no need to change back right now.

“These guys have done a real good job blocking. Run blocking, pass blocking, we’ve improved every week,” head coach Joe Judge dais after the game.  “I’ve been telling you guys that in every press conference we’ve had, you guys keep asking about what we see or what’s going on, I see a lot of improvement across the board. When you talk about the run game, I think we’ve found our identity in terms of what we are as a team. That doesn’t pigeon-hole us that we can’t do things outside of what we’ve already run, we’ll keep expanding on that and growing as a team within the playbook and within the game plan.

“I think it all starts up front, we’ve got runners that run the ball hard, the passing game keeps them honest, Daniel (Jones) being able to pull and run the ball out the back gate keeps them honest with some of the fast flow they can have to the ball with the running back; but to me, it all starts up front with the offensive line. Those guys have done a really good job coming off the ball, playing a physical style of football, and finishing blocks.”

There you have it. Hernandez will have two weeks to make his case and win his job back as the Giants head into their bye, but it looks more and more like they will continue with their rotation along the line that includes a three man rotation at tackle with veteran Cam Fleming and rookies Andrew Thomas and Matt Peart.

They could end up doing the same at guard now with Zeitler, Lemieux and Hernandez. 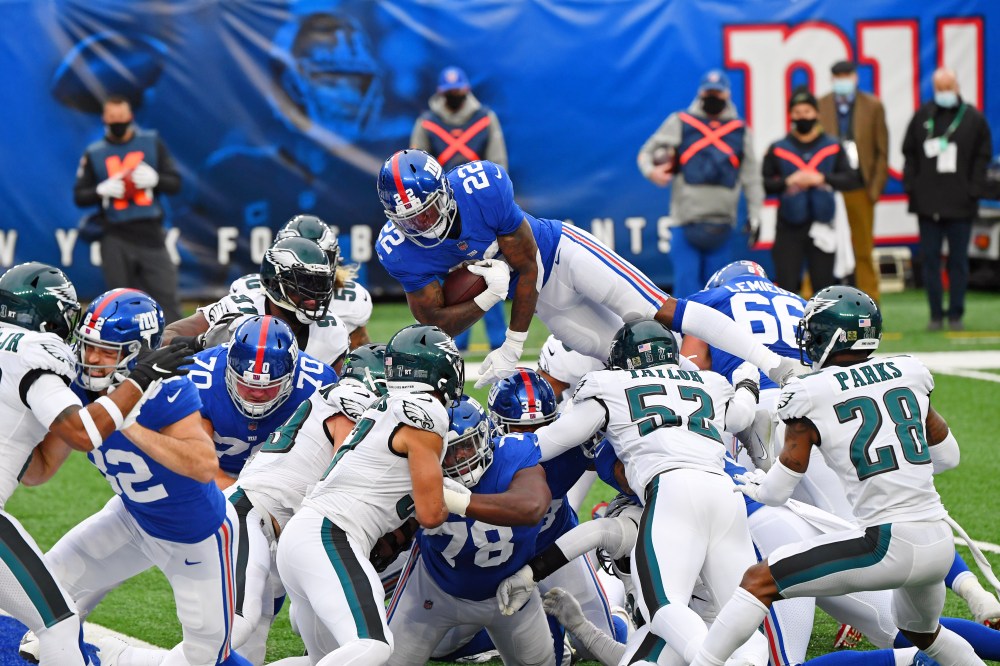