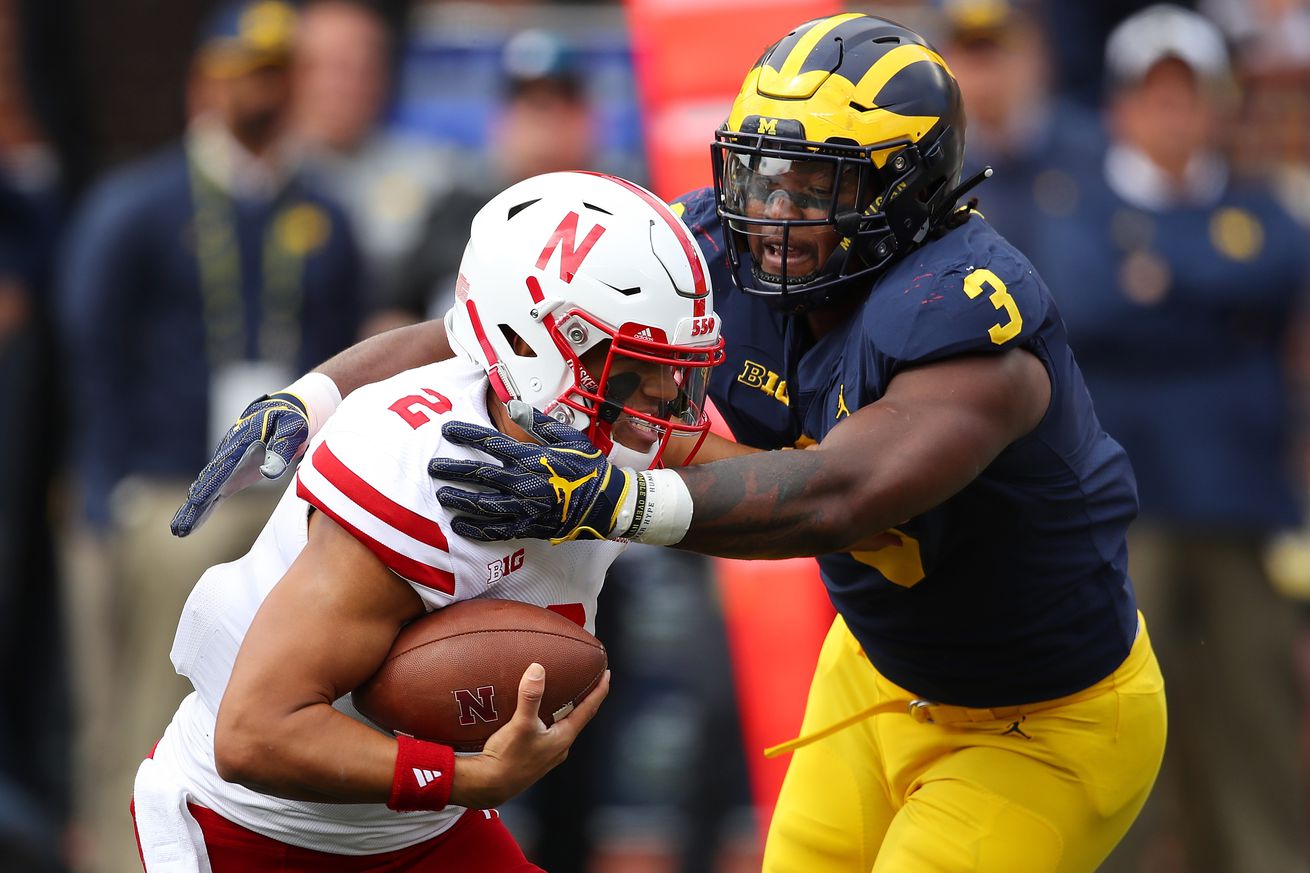 With the 17th overall selection in the 2019 SB Nation blogger’s mock draft yours truly selected Michigan defensive end Rashan Gary. Teamed with my earlier selection of linebacker Devin White at No. 6, the view here is these picks add a pair of exciting, high-ceiling defensive play makers to a Giants defense begging for players like that.

The mock to date

Why I chose Gary

Here is the explanation I offered to our flagship:

So many options here. Quarterback, of course, with Daniel Jones of Duke being a possibility as the heir apparent to Eli Manning. Offensive tackle, with Cody Ford of Oklahoma being a guy who would be an immediate starter at right tackle. Cornerback Byron Murphy of Washington, who would help upgrade a secondary that doesn’t have enough good players. Dexter Lawrence, the monstrous defensive tackle from Clemson who would — hopefully — make Giants fans forget about Damon Harrison. Garrett Bradbury of NC State, who would probably end up as the starting center.

There are probably some guys who deserve consideration here who I have neglected to mention.

To be honest, none of those picks would probably be “wrong” — although folks who hate the idea of picking Jones at 17 would disagree. No worries, though, Jones haters, I am going with Gary. To be honest, he was in consideration for me at No. 6, and I think will be in the discussion for Dave Gettleman and Co. in that spot when the real draft arrives. As this mock unfolded, I was watching and hoping Gary would fall to 17. He did, and I’m not passing him up.

I know there are concerns about him not producing enough in college, but this guy is an absolute elite athlete for the position and the ceiling with him is off the charts. The Giants really need to come out of this draft with a player who could elevate their pass rush, and if he hits, Gary would do that.

Here is how SB Nation draft analyst Dan Kadar reacted to the selection:

This pick should get a high grade simply for not taking [Daniel] Jones. Will Gettleman be that wise on Day 1 of the draft? If he is, he’ll be faced with several intriguing options just like in this mock draft.

The choice of Gary, while a risky one, is worth the gamble at No. 17. His level of talent is so high it outweighs his relative lack of production at Michigan. In three seasons, Gary had only 10.5 sacks. But at 277 pounds, he has the speed and movement skills of a player 40 pounds lighter. This is a smart value, need and upside choice, but there is risk in taking Gary.

In their newest podcast, Chris Pflum and Dan Pizzuta react to the choice of Gary. Let’s just say they are not pleased.