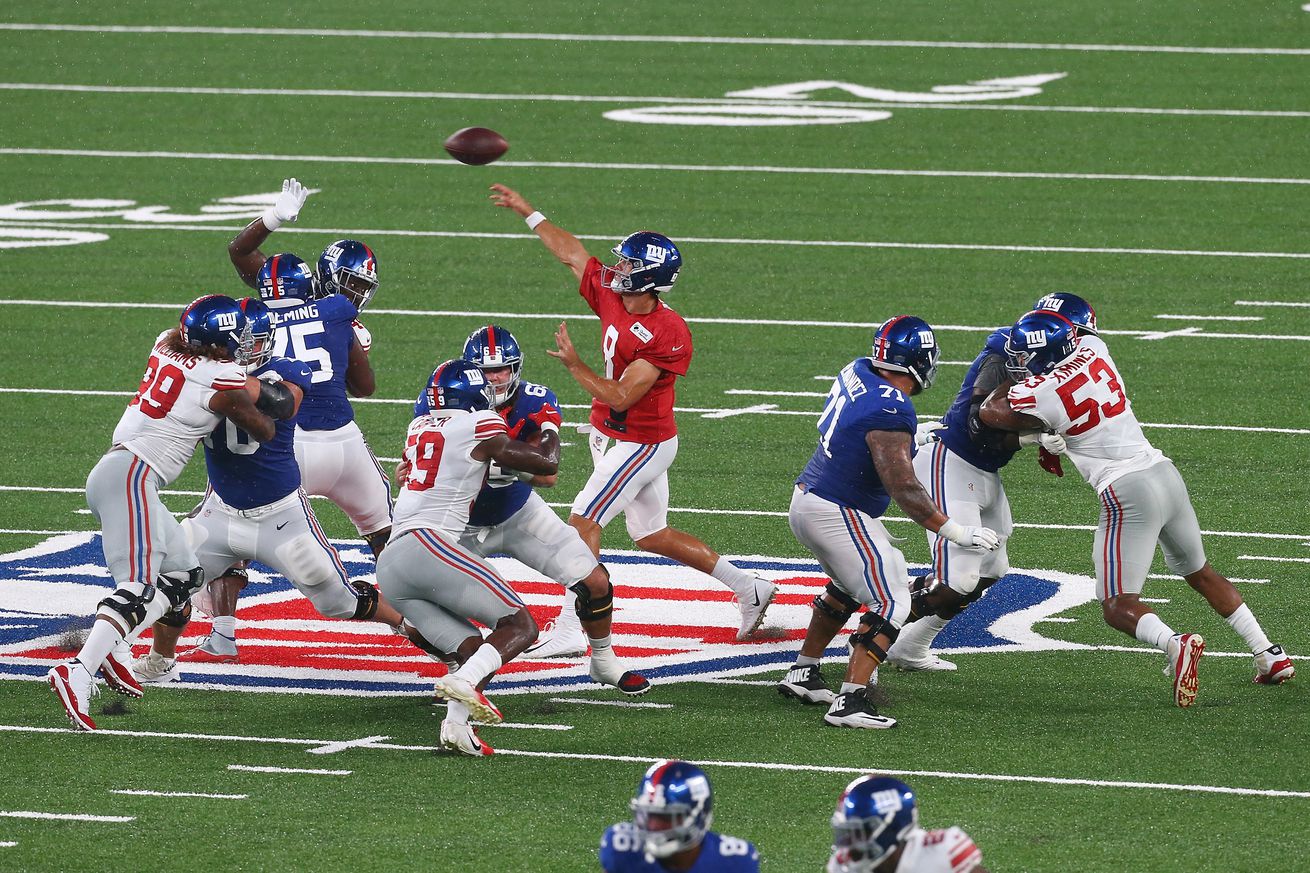 Stats and analytics have been a part of football for a long time. The concept of EPA (expected points added) was first pioneered back in 1971, and it was the New York Giants who hired Ernie Adams, one of the first major analysts to look for statistic trends, in 1979.

(Fun fact: it was Adams who convinced the Giants to hire his good friend Bill Belichick. The two have been all but inseparable ever since.)

But as data and computer programs to quickly, efficiently, and accurately model that data are becoming more widespread, analytics has become a burgeoning industry in team facilities as well as among fans. While advanced analytics will never replace film study, they do give us nuance and context we might not otherwise pick up, as well as help to correct for biases in our analysis.

The NFL got into the act in 2015 with the advent of Next Gen Stats. However, with the NFL’s access to its own players, they have been able to take a different track than anyone else and have GPS technology sewn into players’ uniforms. That ability to know precisely where players are on the field at all times, how fast they’re moving, and where they’re going gives them the ability to derive data and stats that just are not available anywhere else.

Each year the data and how Next Gen Stats uses it have gotten more and more advanced. They recently released a preview of what they have in store for 2020.

If you read our Summer School post on the the analytics of running the football, you might recall me mentioning the winning submission to the 2020 Big Data Bowl. As a quick refresher, the 2020 Big Data Bowl saw the NFL challenge teams of analysts and statisticians to predict the outcome of running plays based on snapshots of data generated by Next Gen Stats.

The winning submission found that by using NextGenStats’ GPS data at the moment of hand-off and converting the 21 non-quarterback players on the field into vectors and feeding the data into a neural network, they were able to predict the outcome of any running play with surprising accuracy.

Next Gen Stats’ newest offering brings that capability to the people. By using their proprietary GPS data and the methods pioneered by the 2020 Big Data Bowl winners, Next Gen Stats is able to estimate how many yards a running back should get on a given play, and then compare that to how many they actually do get.

That will give us an insight into how well, or poorly, a given back is performing, and with more nuance than simple yards per carry. It will also give us the ability to tease out the impact of the offensive line from the running back.

GPS trackers aren’t just for running backs, you know. They’re for everybody. And Next Gen Stats is using their ability to track player movement to trace receivers’ paths on the field. They’re then using software to recognize just what routes the receivers are running.

That will allow Next Gen Stats — and us — to go beyond simply looking at average depth of target or yards per catch and actually look at how receivers are performing on individual routes.

Updated expected yards after the catch

Next Gen Stats is taking an existing stat (xYAC) and upgrading it with their new capabilities.

The previous xYAC model used machine learning to estimate the probability for yards after catch based on historic data points. As Next Gen Stats themselves put it when the stat was introduced in 2018:

The upgraded stat uses the same method as their Expected Rushing Yards stat. Next Gen Stats will feed the velocity (speed and direction) of the receiver and every player into the area into their neural networks to predict just how many yards a receiver should get on a given play and compare that to how much they actually do pick up. That will let us know just how good a receiver is with the ball in his hands.

Their revamped modeling is also enabling a new weekly feature from Next Gen Stats:

Keep an eye out this season for a weekly video across NFL digital platforms featuring Most Improbable Touchdowns of the Week — which combines Completion Probability and Expected Yards After Catch for pass plays and Expected Rushing Yards for run plays.

If you think back to out post-game coverage last year, you might recall that we based our “plays that changed the game” on the win probability added by individual plays.

Next Gen Stats is now going to be giving Win Probability Added to fans live in games.

The NGS team has developed our own Live Win Probability model that evaluates the likelihood of either team winning at any moment between plays in the game. The model, trained on every historical play in the last 10 seasons, looks at the score differential, down-and-distance, time remaining, timeouts remaining, expected points and team quality. New for the 2020 campaign: Fans will be able to track Live Win Probabilities for every game this season at nextgenstats.nfl.com.

The addition of live win probability and the EPA (expected points added) it’s based on will give us a lens through which we can examine coaching decisions or player performance that might not show up in Ye Olde Box Score.

This is another existing stat that Next Gen Stats is updating with new methods. They had previously calculated the probability of a field goal attempt being converted based on things like distance, weather conditions, and whether it’s being attempted in a dome or open air stadium.

They’re updating that method by… Well… I’ll let them explain.

Using a modeling technique called ensembling, our new and improved Field Goal Probability model uses a blended estimate of the same logistic regression model used in 2019, with an additional xgboost model (non-linear, tree-based method) that does a better job of predicting longer field goals (55-plus yards) than the logistic regression.

By letting (I’m guessing) noodly trees do the maths, Next Gen Stats says they (and we) will be able to better judge just how likely a kicker is to make a long field goal. That could give us insight into whether or not it was more advantageous for a coach to decide to go for it on fourth down or attempt the field goal.

Finally, the folks at Next Gen Stats are upgrading their live view of games. These are the stripped down animations with numbered dots representing players you sometimes see around football-Twitter. Next Gen Stats uses their player tracking data to precisely place each player on the field at any given instant during a play, show their paths throughout the play, as well as show their speeds relative to each other.

It might look boring, but the stripped-down view of play can help reveal nuances that get lost in the flying bodies and chaos of game tape.

Next Gen Stats is upgrading their live view by including live win probability, drive charts, big-play highlights, dropped passes, and a variety of other advanced metrics.