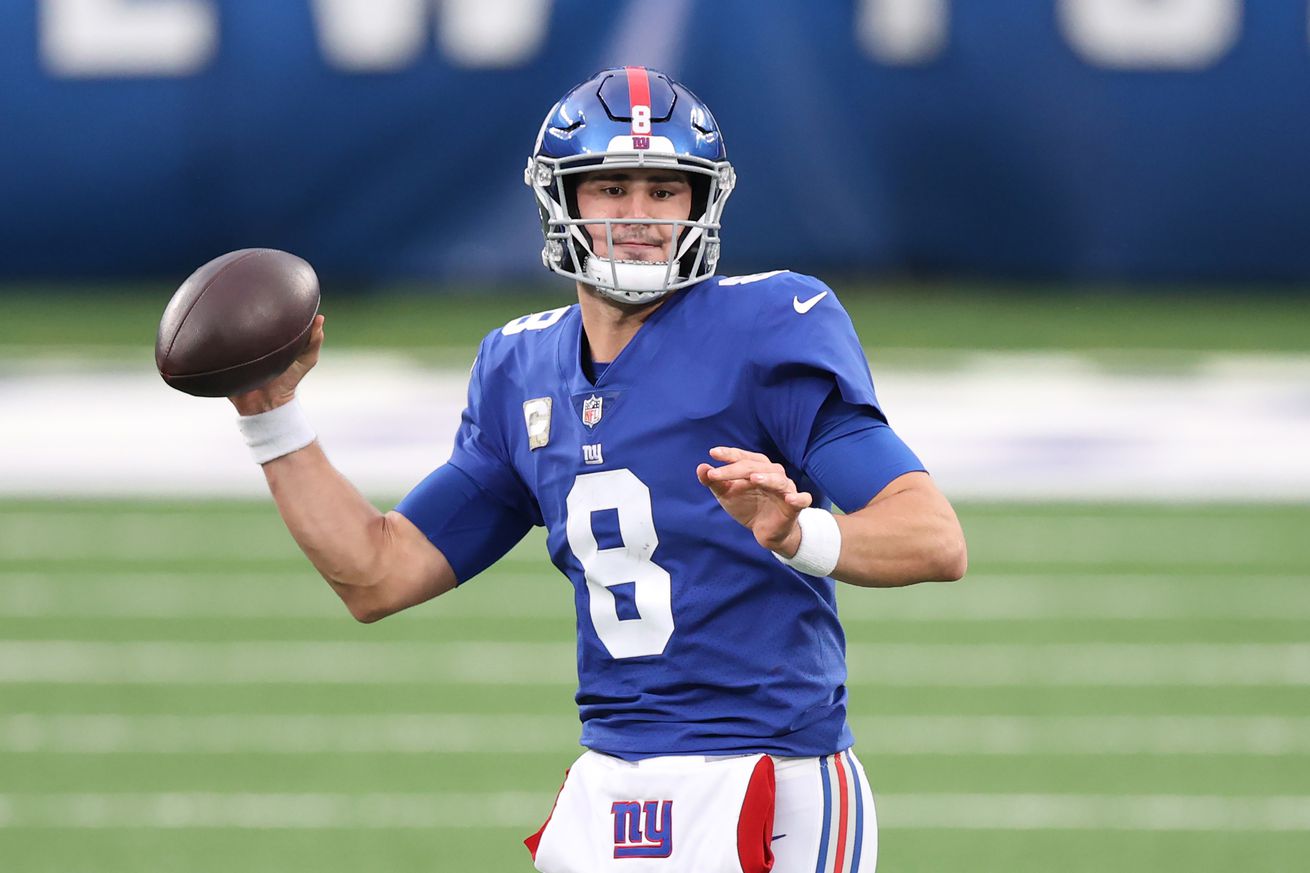 Let’s take a look at the numbers

How do this week’s Pro Football Focus grades match up with our Giants–Eagles ‘Kudos & Wet Willies?’ Let’s find out.

I’m never fond of judging quarterbacks by their PFF grades, but Daniel Jones posted the best grade of any Giants’ offensive player this week, an 84.2 overall. Also, I feel validated in writing that despite the modest passing yardage (244) and lack of touchdown passes this may have been Jones best game as a pro. Jones posted a 94.1 QBR, best among all quarterbacks on Sunday.

By the way, this number below is pretty darn good.

Daniel Jones is the Giants highest graded player from yesterday’s game with an 84.2 overall.

That’s Jones’ highest game grade of his career as he continues to shred from clean pockets.

Guard Kevin Zeitler (77.1) with only one pressure allowed in 32 pass-blocking snaps was playing his best game of the season before leaving after 59 snaps with a concussion. Will Hernandez came on for Zeitler, playing 12 snaps.

I know everyone keeps wondering why Cameron Fleming is playing the majority of snaps at right tackle while Matt Peart just gets a few plays. In 63 snaps on Sunday, Fleming had a solid 63.8 grade and did not allow a single pressure in 31 pass-blocking snaps. Peart played only 10 snaps, but allowed a hit and a pressure in five pass-blocking snaps and finished with a poor 26.2 pass-blocking grade. So, first real bump in the road for the rookie third-round pick.

Andrew Thomas was a mixed bag. He had a poor 40.0 run-blocking grade, his worst of the season, that weighed heavily on his 49.7 overall grade. Thomas, though, graded at 64.0 in pass protection, giving up a sack and four total pressures. If you recall the sack, I’m not killing him for it. It came on the Giants’ first offensive play when Jones, with nowhere to throw, held the ball far too long.

In the ‘ugly’ department, we once again have to talk about Shane Lemieux and his leaky pass protection. Lemieux had a 14.2 pass-blocking grade, giving up a sack and six total pressures in 36 pass-blocking snaps. That kind of work makes you think Hernandez has to get more than 12 snaps when the Giants come back from their bye week.

He didn’t have a “loud” game, but defensive tackle Dexter Lawrence ended up as the Giants’ highest-graded defensive player at 72.5. Lawrence had a sack, two hurries and a run stop.

Cornerback James Bradberry (69.5) was next. Bradberry gave up just two completions in eight targets. Jabrill Peppers (69.3) had an active day with six tackles, three for stops.

This was an ugly game for Martinez, probably his worst as a Giant. He hs just four tackles and a team-worst 29.3 overall grade.