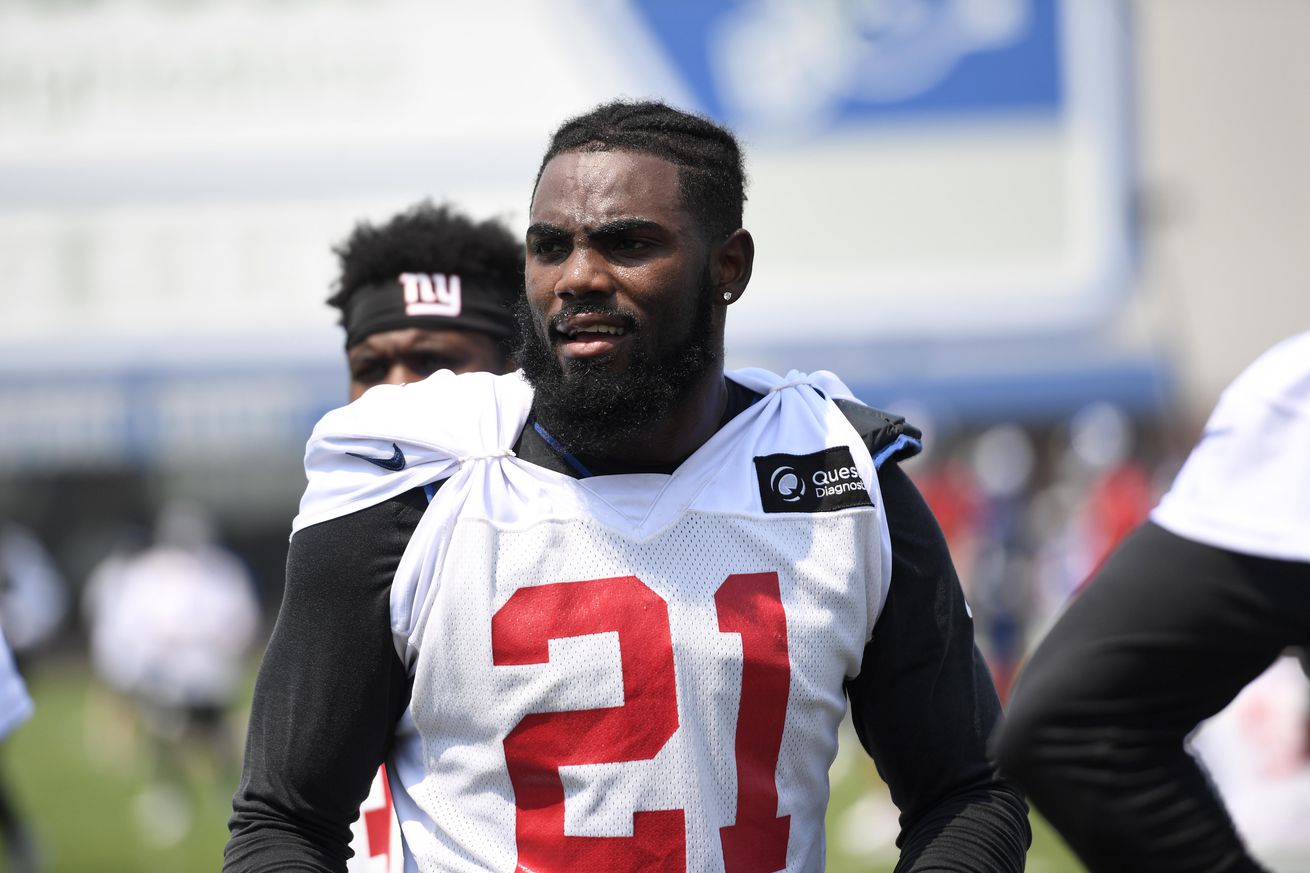 Plus thoughts on Gettleman’s unwillingness to share his plan, Kyle Laueltta and much more

Something has been gnawing at me now for quite a while, and it’s this opinion that the Giants got nothing in return for letting safety Landon Collins walk out the door.

While I get it that we live in an instant gratification society, there is also a school of thought that says, “Good things come to those who wait.”

So not only does that count for something, but it could end up being a very valuable bargaining chip if the Giants need to move up in the first round next year for their next franchise quarterback.

Not knowing the 2020 draft order, it’s impossible to begin calculating what it would take for the Giants to move up to get the quarterback of their choice.

What we can probably safely say is that it’s going to take a package of picks to move up.

This package will likely need to include their first rounder and potentially one of the two third-round picks they are scheduled to have next year (plus my guess is if they have to go very high up in the order, it could cost them their 2021 first-rounder, but I’m getting a little ahead of myself there).

The point is that it’s inaccurate to say that the Giants let Landon Collins walk away for nothing.

I get it that there are some who said that if the Giants knew they were going to move on from Collins last year, why not get something at the time.

But if they weren’t going to get anything close to what they were looking for (reportedly a second-round pick), it really didn’t make sense to move him.

By exercising some discipline and waiting, now the Giants have a head start on extra draft assets for 2020, assets that will definitely come in handy.

Giants general manager Dave Gettleman scoffed when he was asked to outline what his plan is for shaping the Giants 2019 roster and beyond, refusing to divulge it.

If you want to know why Gettleman is being tight-lipped, look no further than what happened to the franchise in 2016.

That year, one of the worst kept secrets was that the Giants were very much interested in acquiring either outside linebacker Leonard Floyd or offensive tackle Jack Conklin in the draft.

Because that information somehow made its way out of the team’s headquarters, the Bears leapfrogged over the Giants to take Floyd, and the Titans added insult to injury by leapfrogging ahead of the Giants to grab Conklin.

The Giants, meanwhile, ended up having to settle for cornerback Eli Apple with the 10th overall pick — a player that, according to some draft analysts, was more of a late-first, early second-round prospect.

As I recall, then general manager Jerry Reese was roasted in the court of public opinion (and not in a good way) because the team’s intentions somehow made it outside of their East Rutherford headquarters.

That, ladies and gentlemen, is a big reason why Gettleman has declined to share his plan.

You can point to last year and how Saquon Barkley was another classic example of a worst-kept secret, but that circumstance was different in that the Giants had the No. 2 overall pick and the chances of someone leapfrogging ahead of them to grab Barkley were virtually nonexistent.

Gettleman claims he has a plan that will continue to take shape in the draft, where it’s believed the Giants will use their abundance of picks to plug a massive number of holes on the roster at right tackle, defensive line, edge, off-ball linebacker, safety, and cornerback.

So yes, there is a plan, and once the draft class takes shape, the picture will hopefully be a lot clearer.

It’s rare, but not impossible, that a quarterback drafted on Day 3 turns into a quality starter capable of taking his team to the Promised Land.

Tom Brady, a sixth-round pick in 2000, is the most famous example who accomplished this. So too is some guy by the name of Kurt Warner, an undrafted free agent who got his start in the Arena Football League but who won a Super Bowl with the St. Louis Rams in 2008.

So yes, there are exceptions to the rule, but for the most part, franchise quarterbacks come in the first round — and the earlier, the better.

Which brings us to Kyle Lauletta, who came from a small school program and who was further behind the 8 ball than some of his contemporaries in last year’s class.

There were a number of people who thought Lauletta might be the heir to Manning’s throne. In retrospect, that was a pretty high expectation for a guy who was expected to go all out on getting up to speed as quickly as he could only to show that he still had a long way to go when he flopped in a late-season game against Washington.

I think it speaks volumes that the Giants re-signed Alex Tanney, who took zero regular game snaps for the Giants last year, to a two-year contract.

Head coach Pat Shurmur will tell us that Tanney has NFL experience, but according to NFL.com, Tanney has attempted just 14 passes in his pro career, completing 10 for 99 yards and 1 touchdown.

That’s just a smidgen more regular-season game experience than what Lauletta has.

Given all the clues, I think it’s plain as day that Lauletta isn’t a lock to be on this roster on opening day, especially if the Giants draft another Day 3 prospect to develop.

I do think that Lauletta will get the opportunity to compete this summer, assuming he doesn’t have any more missteps along the way.

But if there was ever any hope that he might one day succeed Eli Manning as the starter (and I don’t believe there was), that hope is probably gone.

Keep an eye on Evan Engram

I often am asked who I think will lead the Giants in receptions and receiving yards in 2019 now that Odell Beckham Jr is no longer with the team.

Engram, in my opinion, took the biggest leap forward of any of the Giants’ receiving targets, an occurrence that gets overlooked thanks to him having missed five games last year due to injuries.

But let’s take a closer look at just what kind of major strides Engram made from Year 1 to Year 2:

And do I really need to tell you what he’s been able to do when Beckham hasn’t been in the lineup?

Ok, if you insist.

To be clear, Beckham is a generational talent, which as we know doesn’t grow on trees. But this notion that the Giants passing game is doomed without him appears to be overblown so long as Engram stays healthy.