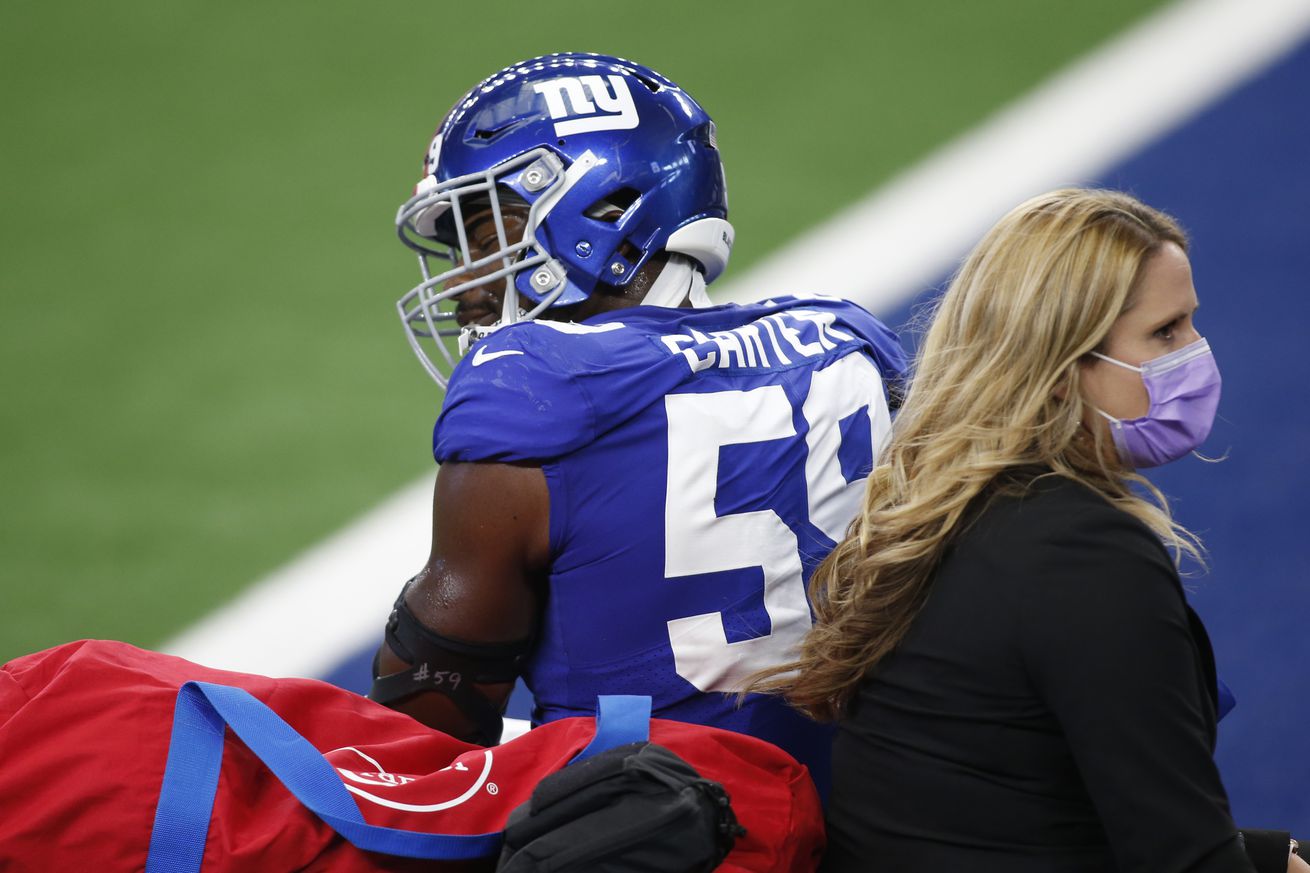 Lorenzo Carter is carted off the field on Sunday. | Tim Heitman-USA TODAY Sports

The New York Giants, as feared, have lost edge defender Lorenzo Carter for the season with a torn Achilles tendon.

Carter, a third-year player who had a sack and 15 tackles in four-plus games, went down in the first quarter of Sunday’s loss to the Dallas Cowboys. In need of game-changing play makers on defense, the Giants had still been hoping to see Carter become one.

“We’re going to miss having a guy like that out there,” said head coach Joe Judge, confirming that Carter is done for the season.

The Giants were already playing without second-year edge defender Oshane Ximines, who was placed on IR late last week with a shoulder injury.

Per Art Stapleton, the Giants had former Miami Dolphins outside linebacker Trent Harris in for a workout last week, and he is currently ongoing COVID-19 testing with the possibility of being added to the Giants’ roster. An undrafted free agent out of Miami, Harris played in 11 games with three starts for the Dolphins in 2019.

The only experienced edge defenders the Giants currently have are Kyler Fackrell and Markus Golden.