Kadarius Toney wore No. 1 during his time at Florida but when he arrived in East Rutherford, New Jersey this offseason, the New York Giants assigned him No. 89.

League rules changed shortly thereafter, allowing players to wear untraditional jersey numbers at various positions. However, despite that change, Toney stuck with his issued No. 89.

Why? Well, Toney explained on Friday.

Giants vs. Cowboys: 3 causes for concern in Week 5 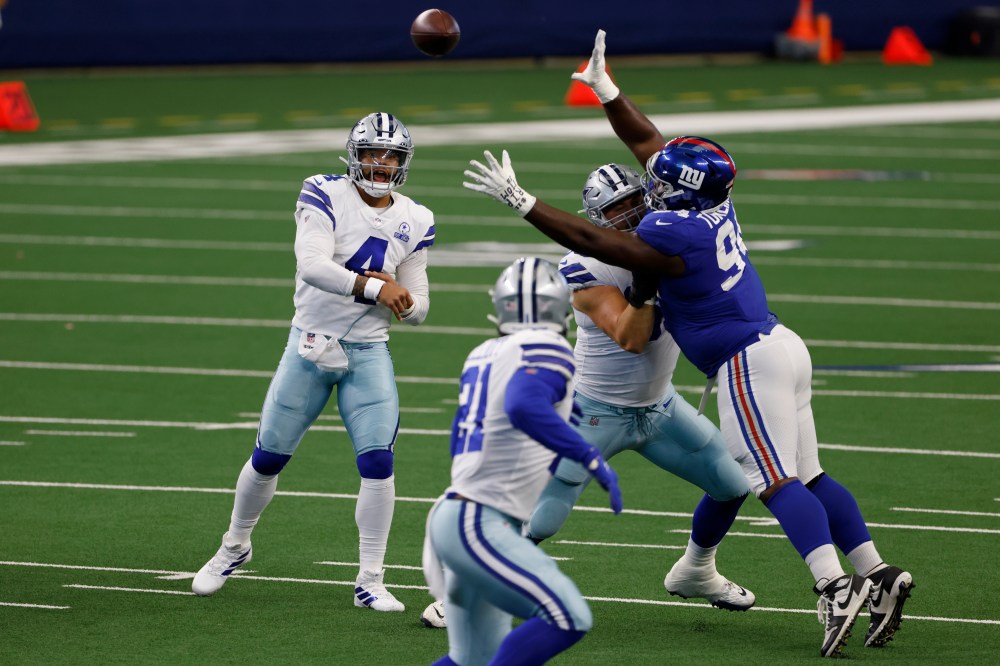 “I’m just blessed to have a jersey. You know most people don’t have one, so I can’t do nothing but be thankful for it right now,” Toney told reporters.

Although Toney still has the option to switch his jersey number, he apparently intends to stick with it.

“No, not really,” Toney said when asked if he thought about changing it. “It’s not a big deal. When you’re out their playing, the number doesn’t make the person, the person makes the number.”

That’s the right attitude to have and something Giants fans will undoubtedly be happy to hear.

After a rough start to his Giants career, Toney has begun to settle in both on the field and off of it. By all accounts, he was misunderstood early on and is far more personable than it initially came across. And back on the field, he’s every bit as electric as advertised.

Toney is the latest coming of the “Human Joystick.”

“It was just me out there just going out there wanting to play and just do what I can. I didn’t really think too much of [the nickname], but now, I kind of thank [Jim McElwain], you know what I’m saying? Because it’s kind of like a brand as far as me just playing the way I play. It’s kind of a brand I guess you could say,” Toney said.

Toney also knows that nickname is not exclusively his own. In a revelation that will please head coach Joe Judge, it turns out Toney is well-versed in NFL history.

“Dante Hall, wasn’t it? Yeah, I’ve seen the way he played. I’ve seen a lot of similarities. It’s really a privilege to even be compared to somebody like that. Him or Percy Harvin, like it was at Florida and just stuff like that. It’s just an honor to be even in the same boat as those guys, so I’m really thankful for that,” Toney added.

With Sterling Shepard and Darius Slayton both out in Week 5 due to hamstring injuries, it will once again be the John Ross and Kadarius Toney show this Sunday. And if last week’s appetizer was any indication of the things to come, the Human Joystick, wearing No. 89, is going to put on quite the show.