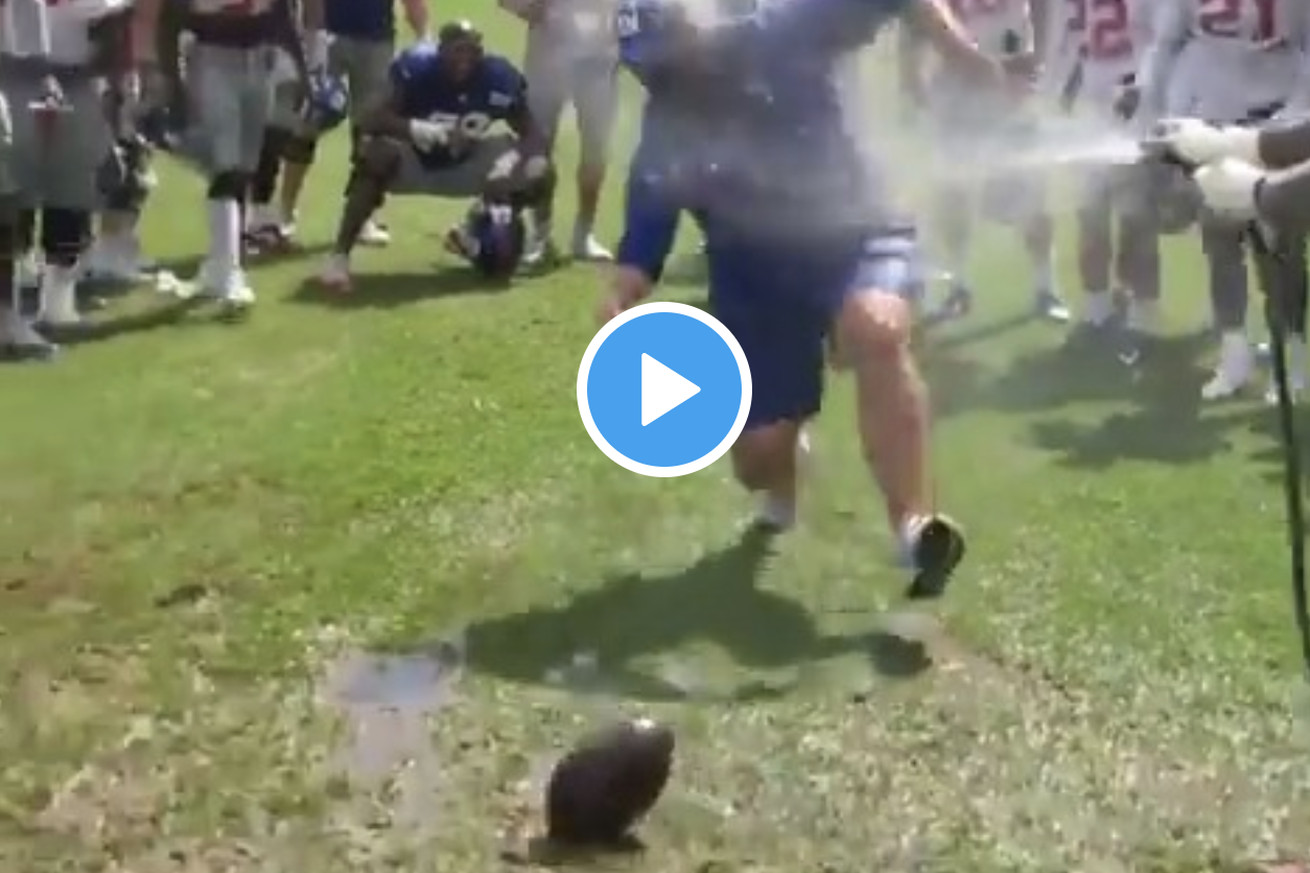 And takes a jab at Bill Belichick in the process

During his Wednesday videoconference with the media, New York Giants coach Joe Judge looked none the worse for wear after his Tuesday afternoon slide through the mud to recover a “fumble” during a ball security drill.

Given a chance to ask Judge a question during the media session, yours truly took a moment to kid Judge about avoiding landing on the injury list. The coach laughed, but I’m not completely sure he appreciated my sense of humor.

“You saying I’m not a good athlete?” he asked.

Judge was proud of his form during the drill.

“It means I’ve still got it in terms of ball security,” Judge, who played at Mississippi State, said. “I’m not going to let that thing slip away.”

“This part of camp right here you’ve gotta go ahead and change it up a little bit. We’ve been staring at each other too long … at this point they all want to hit me, and that’s OK with me. We’ve gotta make sure we keep it light sometimes.”

The drill is one that the New England Patriots run, and was apparently suggested on Tuesday by defensive coordinator Patrick Graham, another former Patriots assistant.

After his slide on Tuesday, Judge took a jab at Patriots coach Bill Belichick when asked if he had ever seen Belichick participate in the drill.

“No, but he doesn’t have near the ball security technique I do, so I wouldn’t put it on camera, either,” Judge said.

So, yes, there is a biting, light-hearted side to the Giants’ coach.