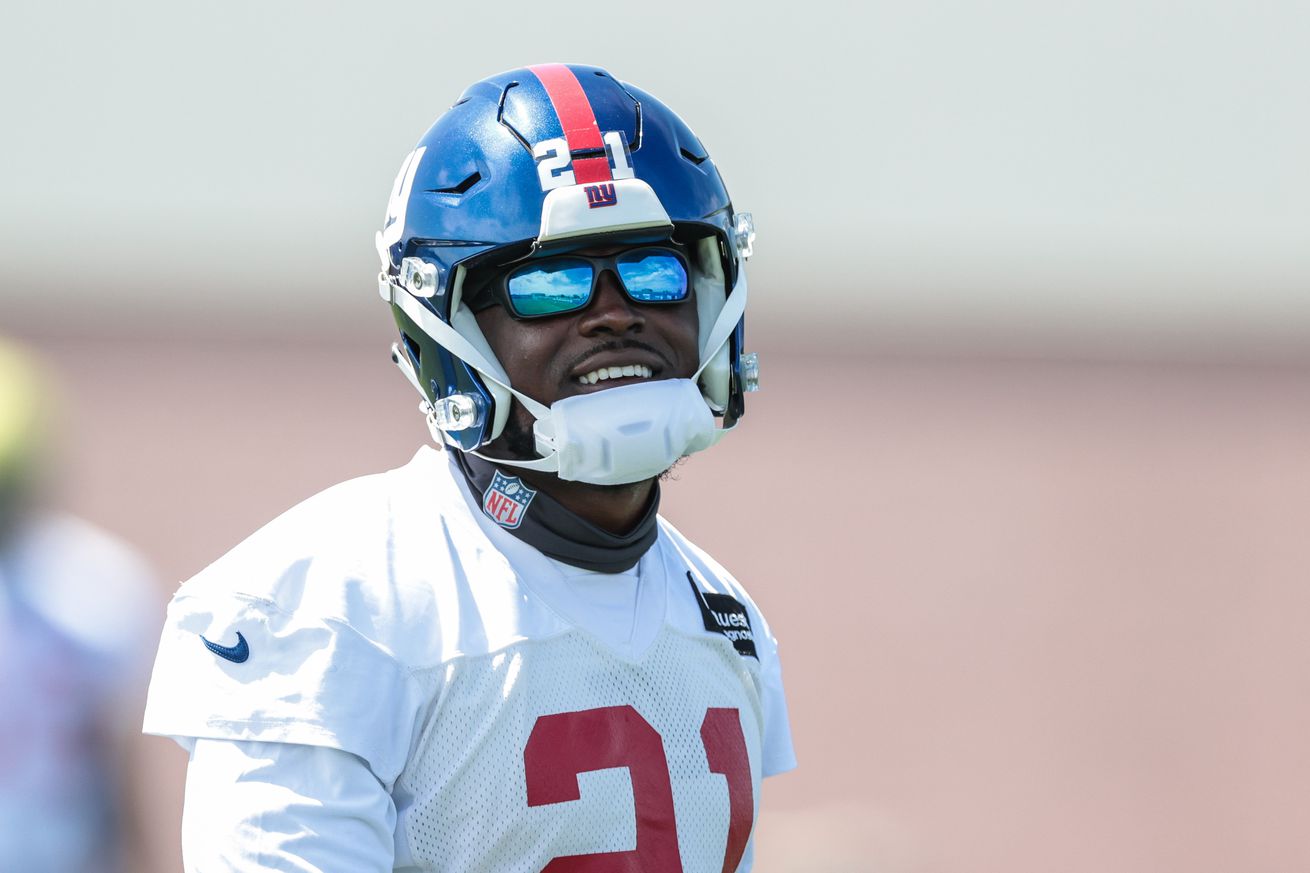 Peppers talks to the media following the Giants’ final scrimmage

The start of the New York Giants 2020 season is just about a week and a half away. Their final intra-squad scrimmage is in the books and it’s time for the team’s brass to make some difficult decisions on the final roster.

Safety Jabrill Peppers doesn’t have to worry about making the roster — his spot is assured and he figures to be one of the most important players on the Giants’ defense. Defensive coordinator Patrick Graham likes to run creative defenses with exotic blitz packages, and Peppers’ versatility should be a vital part of Graham’s scheme.

Peppers spoke on a variety of subjects, most notably building team chemistry and his camp battles with TE Evan Engram.

The Giants have made several additions to their secondary following the injury to rookie safety Xavier McKinney. The Giants have signed cornerbacks Brandon Williams and KeiVarae Russell, as well as traded for CB Isaac Yiadom. But the biggest (and most anticipated) addition is veteran DB Logan Ryan, and Peppers is certainly excited to line up next to his fellow New Jersey native.

“Obviously, I’m a Jersey guy, he’s a Jersey guy. I don’t know him personally, but obviously I know of him, heard of him. He’s had a very productive career wherever he’s been at. I definitely think it’s a great acquisition and he’ll definitely help the team.”

The Giants have done quite a bit of tinkering and shuffling with their roster over the weeks. And given the (to risk understatement) difficult nature of building a football team in the midst of a pandemic, it’s reasonable to wonder how much that impacts the team’s chemistry. Peppers noted that the Giants’ players have made a conscious effort to welcome all the new additions.

Peppers said, “Football is the ultimate team sport. Obviously the better you know the guy next to you, the better you want to play for him. I think we’ve done a great job, even though we are maintaining our distance, we’ve done a great job of getting to know one another. Even tracing back to the spring, having Zoom calls and everybody on text chains or getting to know the new guy. We have a policy, well not a policy, but the guys do a great job of whenever we get a new guy in the building, go up to him introduce ourselves. Make conversations, get to know that guy and make him feel welcome, that’s our thing. I think we’ve done a pretty good job of that regardless of the circumstances.”

How facing off against Evan Engram has helped him

Tight ends have been the bane of the Giants’ defense for years now. Whether it is Jason Witten, Zach Ertz, or Blake Jarwin, or pretty much any other tight end to line up against the Giants over the last decade or so, they have found success.

The Giants are clearly hoping that Peppers versatility and athleticism will finally put an end to the painful images of the tight end freely running open.

They’re also hoping that lining up across from the Giants’ own nightmare mismatch of a tight end will help Peppers improve.

“Obviously I don’t need to talk about the elite qualities he possesses,” Peppers said of his teammat. “Seeing him every day definitely helps me. A tight end that has 4.4 speed, quick, can go up high point the ball, great breaks, great routes, it’s only going to make me better. I take the challenge head on each and every day. I know he does as well, to just go out there and compete because we know we are going to make each other better. That’s the beauty of it. All those guys, Kaden, Toilolo, myself, Chand ( Sean Chandler), Julian Love, just the constant competition knowing that we’re pushing each other to get better. I think it will definitely show on game days.”

Of course, Engram did get one on him, scoring a touchdown in Thursday’s scrimmage with Peppers in coverage. Perhaps predictably, Jabrill insists that he was going easy on his teammate and it shouldn’t count.

“You guys know, if that’s live, that’s a tackle,” he said. “We’re a week away, I’m not going to do anything to clip his heels or anything because we need that guy. People who know the circumstances know that’s a tackle. It’s an offensive league, we know that. They want to see points scored. We know what we’re up against, it is what it is.”

“In my book that’s a tackle,” Peppers added with a laugh.