The New York Giants seem to be moving in the right direction after winning three of their last five games, which has led to head coach Joe Judge’s squad owning second place in the NFC East after a dreadful 0-5 start.

And legendary former Giants head coach and Hall of Famer Bill Parcells has taken notice. He recently told Bob Glauber of Newsday that the 2020 team has him “fired up” and he appears to be a big fan of Judge.

“I’m fired up about them,” Parcells said. “They’re getting better. They’re improving. I like their coach. I just know he has established some law and order, and I think that’s a good thing.”

One thing that has remained constant with the Giants this season has been their defense, which is no doubt an underrated unit. Parcells sees the improvement the team is making in that area as well.

“Defense is improving,” Parcells said. “That’s good coaching. They seem like they know what to do. They’re certainly behaving better and they’re getting more things done and they’re playing with confidence. That’s all good. I like what I’ve been seeing.”

Quarterback Daniel Jones’ athleticism is another thing that stands out to Parcells.

“I like [Jones] athletically,” he said. “Big son of a gun runs around there. I like him.”

Judging from the enthusiasm with which Parcells speaks about Judge and Co., it’s clear the Giants are doing something right.

Watch: Giants’ Sterling Shepard was mic’d up in Week 10 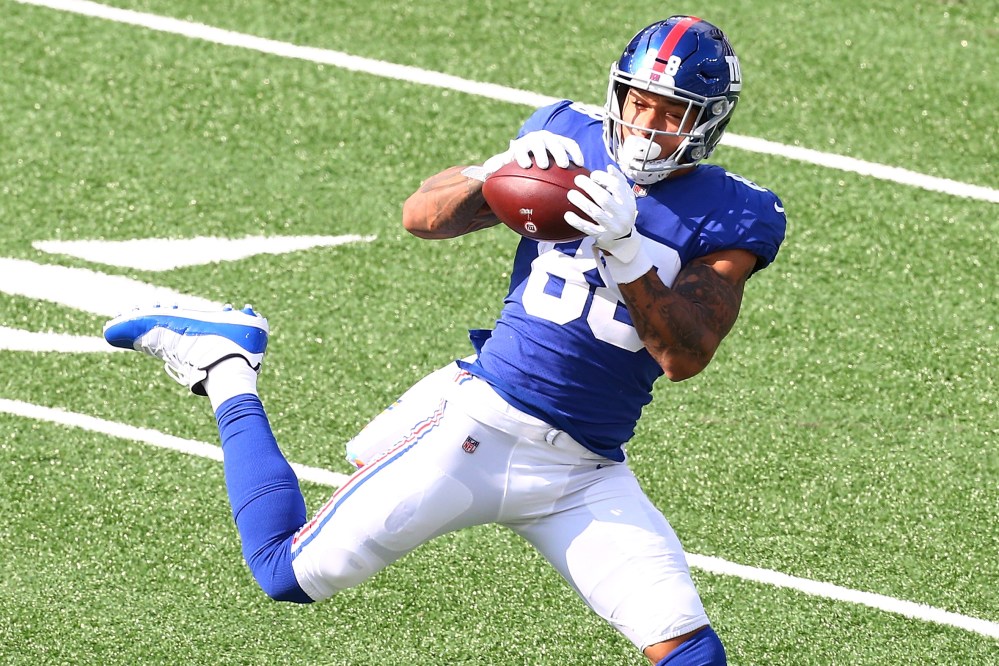