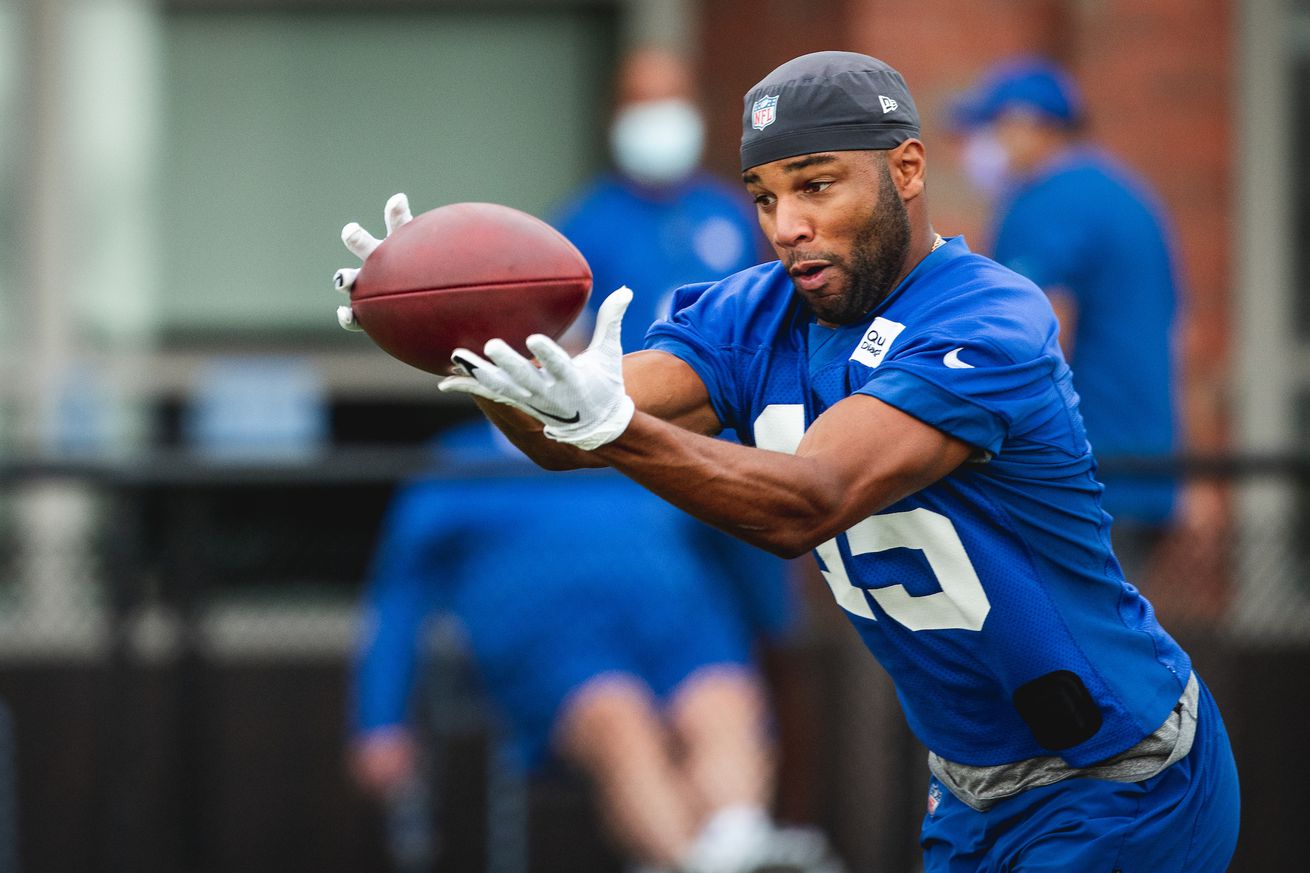 Tate has an apparent hamstring injury

The Giants have less than two weeks left to prepare for their Sept. 14 season opener vs. the Pittsburgh Steelers.

Judge did not confirm that Tate is dealing with a hamstring injury, just that he would “stay behind with the trainers and kinda get a look at something.”

The 32-year-old Tate is part of the Giants’ Big Three of wide receivers along with Sterling Shepard and Darius Slayton. Tate caught 49 passes in 11 games for the Giants last season.

Judge also said that COVID-19 testing protocol will prevent the Giants from getting newly-signed cornerback Logan Ryan on the practice field this week.

Linebacker Blake Martinez worked on the side. Defensive back Montre Hartage and defensive lineman RJ McIntosh were back at practice Tuesday after leaving Monday’s workout early. Rysen John and Jaquarius Landrews were reportedly riding stationary bikes at the beginning of Tuesday’s practice, usually an indication they would not be practicing.