The New York Giants currently have one open spot on their 90-man roster and while that was expected to go to safety Nate Ebner, the team is still actively holding workouts.

On Tuesday, the Giants had three players in, including running backs Mike Weber and Tyler Ervin, as well as defensive back Jordyn Peters.

The 27-year-old Ervin (5-foot-10, 192 pounds) was a fourth-round pick of the Houston Texans back in 2016. He’s also spent time with the Baltimore Ravens, Jacksonville Jaguars and, most recently, the Green Bay Packers.

The 23-year-old Weber (5-foot-10, 211 pounds) was a seventh-round pick of the Dallas Cowboys in 2019. He’s also spent time with the Kansas City Chiefs and, like Ervin, spent part of the 2020 season with the Packers. He has never appeared in an NFL game.

Finally, the 22-year-old Peters (6-foot-1, 201 pounds) signed with the New York Jets as an undrafted free agent out of Auburn earlier this offseason. However, he was released when the team signed veteran offensive lineman Morgan Moses.

None of the three players were immediately signed to a contract. 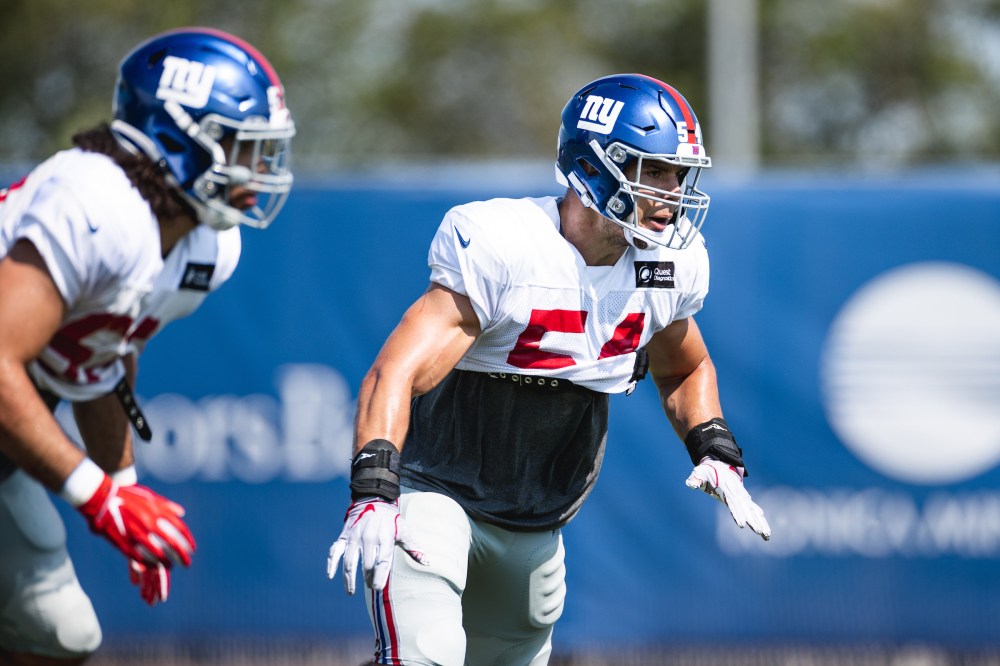