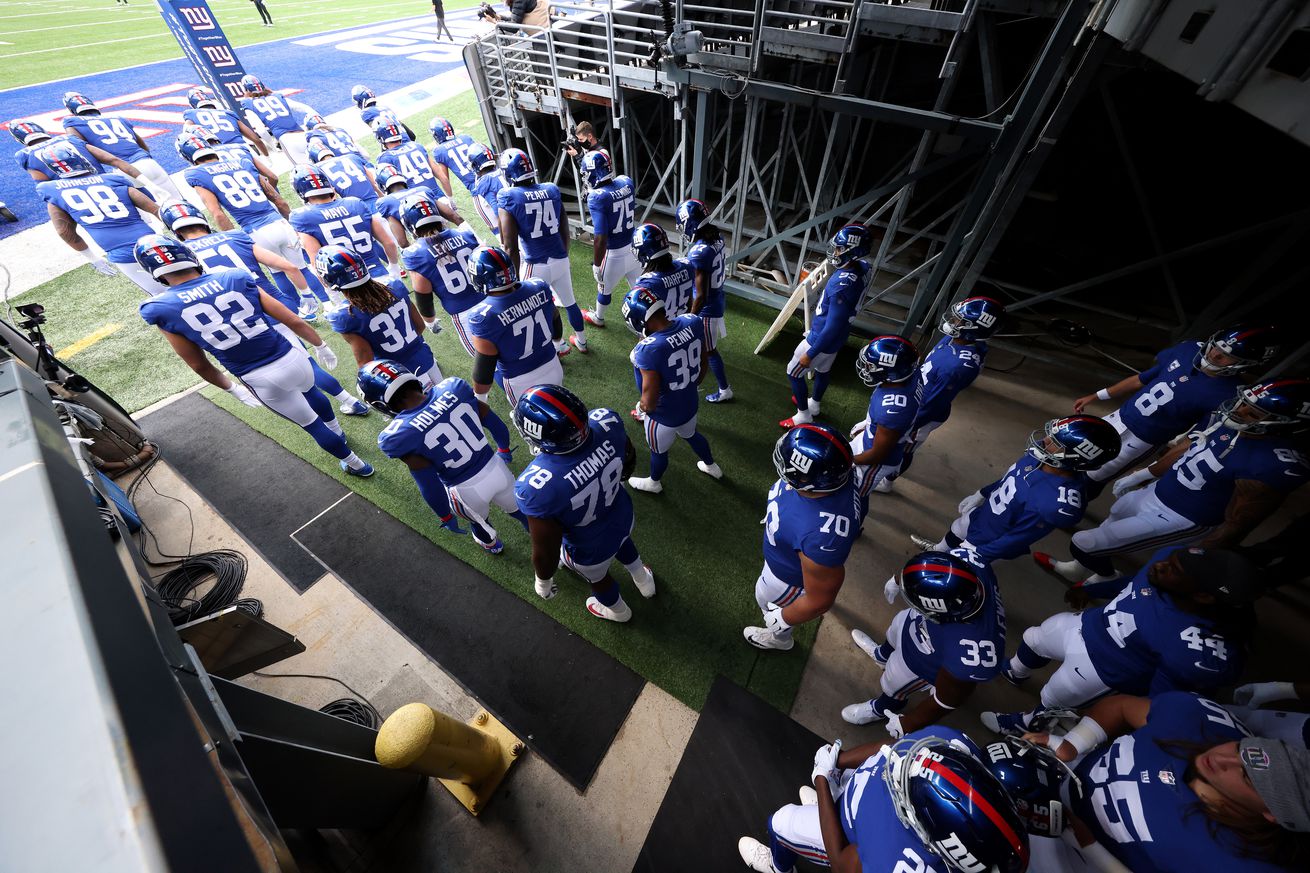 The New York Giants lead the Washington Football Team, 13-10, at halftime of their NFL Week 6 clash at MetLife Stadium. This is the Giants’ first halftime lead of the season.

The 0-5 Giants led, 10-0, after the first quarter. They scored on a 33-yard Graham Gano field goal and a 23-yard Daniel Jones to Darius Slayton pass. That was Jones’ first touchdown pass since Week 1.

The Giants got a 20-yard Gano field goal in the second quarter, but a Dustin Hopkins field goal and then a 5-yard Kyle Allen to Logan Thomas pass with only :13 left in the half brought Washington closer.

For Washington, 1-4, quarterback Allen completed 16 of 21 for 151 yards with a touchdown and an interception.

The Giants started Matt Peart at left tackle instead of Andrew Thomas, but Thomas returned to the lineup in the second quarter.

The Giants will get the ball to start the third quarter.

Use this for your second-half discussion thread.