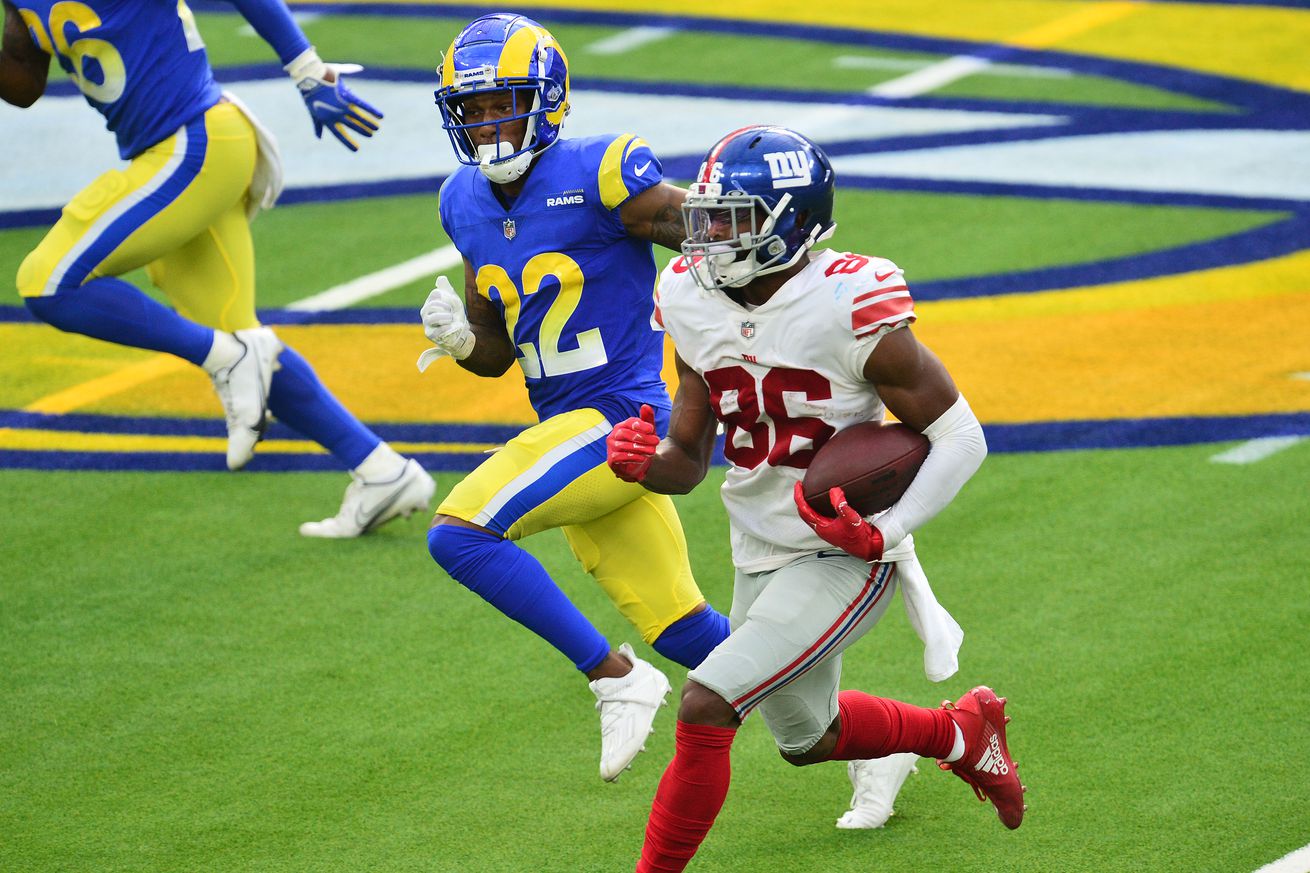 The New York Giants have released their final injury report before their Week 6 meeting with the Washignton Football Team, and a couple names stand out.

The Giants have listed both wide receiver Darius Slayton and defensive lineman Dexter Lawrence as “questionable” for the game after both were limited in practice. The Giants also added safety Adrian Colbert to the injury report as “questionable” on Friday.

The Giants have enough depth along the defensive line that they can survive the loss of Lawrence. The Giants still have a good defensive line rotation between Dalvin Tomlinson, Leonard Williams, B.J. Hill, and Austin Johnson.

Wide receiver is a thinner position on the Giants’ roster, and the loss of Slayton would have a definite impact on the Giants’ game plan — particularly as Sterling Shepard remains on the injured reserve. Head coach Joe Judge said that he expects Slayton to play, but that the team will be listening to the trainers and make the ultimate decision in Slayton’s best interest.

Further down I-95, the Washington Football Team took guard Brandon Scherff off of the IR and appears to be fairly healthy heading into the game.