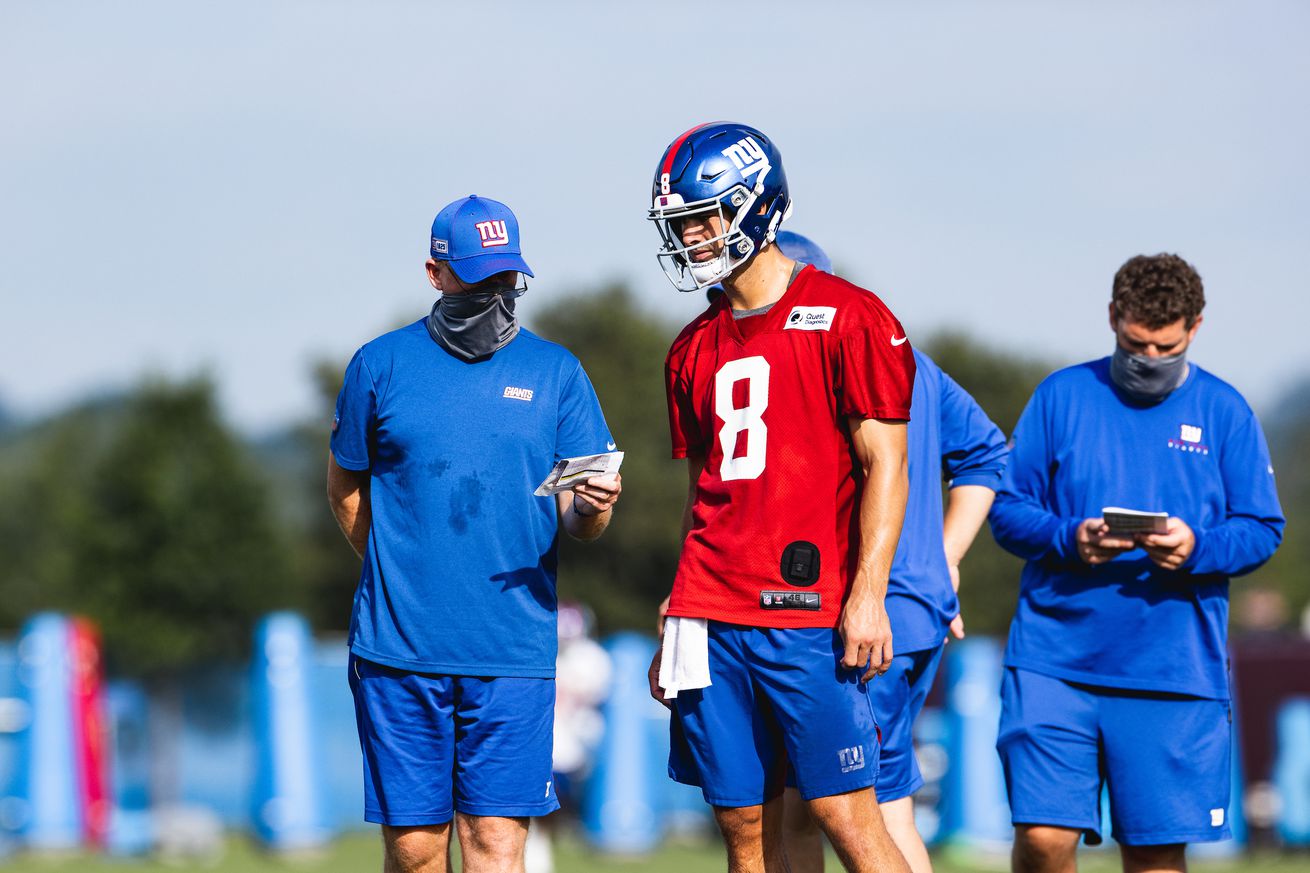 Well, we made it.

It was a long journey, but we have arrived on the cusp of the 2020 NFL season. New York Giants fans, however, must wait a little longer to see their team in action, as they kick off Monday night against the Pittsburgh Steelers.

What can Daniel Jones, Jason Garrett and company expect to see from the Pittsburgh defense, and how should they attack it?

Any time an offense prepares to go up against the Steelers’ defense, it is time to break out the single-high coverage beaters. Historically, the Steelers have been a heavy Cover 3 team, and until recently that took the form of spot-dropping into zone coverage looks. That led to some difficulties against teams like the New England Patriots, who often found ways to carve up those coverages. For more on this you can check out a meaty article from Alex Kozora diving into this topic.

In the past few seasons, however, defensive coordinator Keith Butler has moved away from these spot-dropping coverages and mixed in more man and pattern-match designs. But single-high coverages (Cover 1 and Cover 3) are still the basis of the Steelers’ defense. According to charting data from Pro Football Focus, the Steelers were in some sort of single-high defense more than the league average, ranking tenth in the league in overall usage.

Often when people think about attacking Cover 1 and Cover three – usually termed “middle of field closed” coverages given the presence of a safety in the middle of the field – people think of four verticals. Such designs should certainly be in the game script for Jones on Monday night. Take a look at one such design:

There is a four verticals design executed out of a 3×1 alignment, along with some notations for potential single- and double-high coverages. You can see how against single-high – with the free safety noted in red – that defender will be bracketed by the inside vertical routes. The tight end runs the “bender,” aiming for the opposite hashmark, while the middle trips receiver sees that the safety is in the middle of the field (“closed,” therefore making the MOFC adjustment) and stays vertical.

If, however, the defense is in some sort of two-high scheme, the route from that middle receiver changes. He’ll try and split the safeties – drawn in blue – and cross the face of the nearest safety.

Along the boundaries, those receivers will get and stay vertical if they can, but if they face big cushions or bail technique, they can cut those routes off as comebacks working back towards the football.

But there is another route design that should be in the game plan.

This is another deeper passing concept that is ideal to attack single-high coverages, but can also work against Cover 4 looks. In this design, a vertical route (often a go route, sometimes a deep corner route or even a post) is paired with an out route. Here is one way to execute this design:

Here, the Z receiver runs a straight go along the left sideline, while the X receiver runs the deep out route from the slot. The go route works to pull the cornerback vertically, and the out route then works into the area vacated by that defender.

Watch this example from the Buffalo Bills against the Steelers from last season:

The Bills run a Sail concept to the left side, with the boundary receiver running the go route and the inside receiver running the out pattern, just like the diagrammed example. Pittsburgh shows a two-high safety look before rotating into a Cover 1 Robber look, dropping a safety down to try and take away crossing routes. As you see, the vertical route along the sideline pulls that boundary defender downfield, creating space for the out pattern.

This play from Baker Mayfield and the Cleveland Browns against the Steelers shows us the same principles at work:

On this play the Browns run a three-level Sail concept. The go and the out routes from the previous clip are present, but with the back releasing to the flat the quarterback now has a third level to attack. That extra level is in place to potentially “high/low” the curl/flat defender in a traditional Cover 3 look. If that is what the Steelers were running here, meaning either a safety or a linebacker would be dropping to cover the flat, that defender would have a running back in front of him (the “low”), and the out route over the top of him (the “high”). Mayfield would read that defender and throw off his movement.

Here, however, the Steelers again show Cover 2 before dropping into a single-high coverage using man principles. The vertical route draws the cornerback, and the out route from Jarvis Landry works into that vacant area for the completion.

You can even set up this concept with routes from opposite sides of the formation. Look at this example from the New York Jets against the Steelers from their Week 16 matchup last season:

The concept is essentially the same, with the combination of a crossing route and a post route. The post route pulls the cornerback while the crossing settles into the area vacated by that defender. The only drawback to running this design is that it takes a lot of time for the crossing route to get into that spot of the field. If pressure is getting to the quarterback, it might make more sense to leave this design on the play sheet.

Everybody loves four verticals, and against heavy single-high teams like the Steelers you can expect to see that design in Week 1 from the Giants. But on Monday night also look for these Sail concepts, that are another way to attack such coverage schemes.