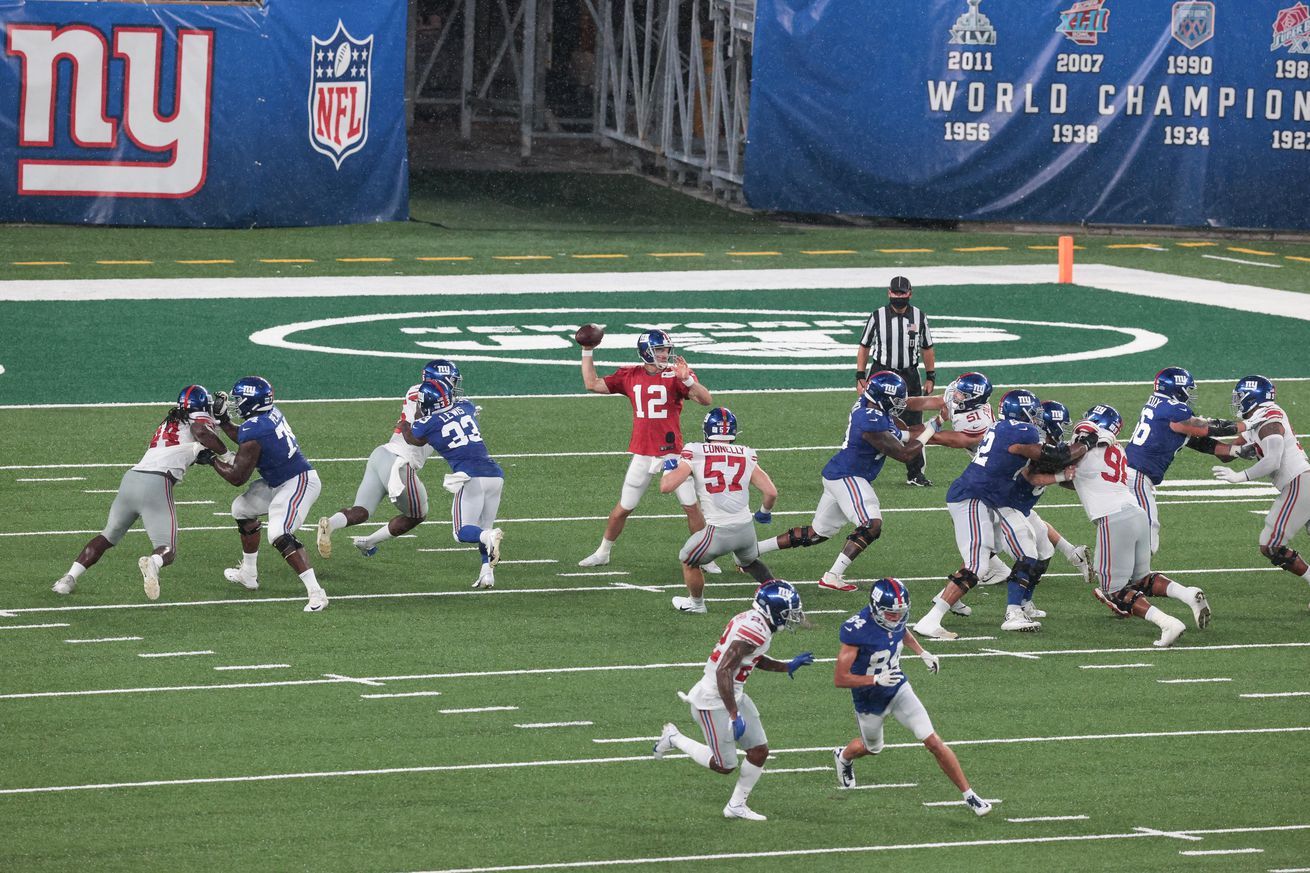 They are, however, coming

Joe Judge and the New York Giants know what time of year it is. With cut down day this Saturday, it’s the time when hard decisions are going to have to be made about players’ livelihoods, and no one looks forward to it.

“This time of year is tough on the players. It’s tough on the coaches as well,” said Giants’ rookie head coach Joe Judge. “You’ve got a lot of players right now wondering where they’re at … we’re in the business of trying to keep as many good football players as we can.”

Judge is having to cut players for the first time.

“That’s the unfortunate part of the business, and that’s a reality for every coach and player in the NFL. It’s not an easy thing to do,” Judge said. “No one likes to sit there and have to tell a player that they’re going to have to move on from them at that point in time. It’s not a fun part of the job. It’s not something you enjoy.”

Judge pointed out that this is a difficult time not only because of the looming roster cuts. The Giants are also trying to finish training camp, and beginning to turn their attention to preparations for their early-season games.

“This is a time of year where we’re preparing for a lot of different scenarios, game-wise, roster-wise … in a perfect world you keep as many of your players as you can every year. That’s just not the reality of it.”

There have been rumblings, including here, about the Giants looking at adding veteran defensive backs like Prince Amukamara or Logan Ryan. Judge wanted to keep the focus on the players currently on the roster.

“We’ve got one more week right now to really look at these guys and evaluate them and see what kind of progress they can make,” he said.

Judge said that is is important when constructing a roster to be able to see not only what players are today, but to be able to project correctly what they might become.

“You can’t survive on pacifiers. You can’t have a guy out there just because he knows what to do right now and may have a general edge of somebody just based on some experience. Ultimately you have to see the upside of somebody and what you can develop him into,” Judge said.

“It’s important not to go ahead and build your entire roster based on where it is right now. It’s important to look long term. Where are they going to be Week 6, Week 8, Week 10. How is each individual going to progress and what do we think our unit os going to look like by the end of the year.”

#NYG Golden Tate left practice with what could have been a hamstring. Blake Martinez, who had been out with an undisclosed injury (per Joe Judge), did not finish practice today. RJ McIntosh was injured (possibly foot/ankle). Judge talked before practice so we may not get updates.

Linebacker Jaquarius Landrews and tight end Rysen John also did not practice. Defensive back Montre Hartage was also apparently injured at practice. Hartage may have a quad injury. We will get you more on all of that when and if it becomes available.

Love to see it: RB Sandro Platzgummer got popped in a no-tackling drill by LB Devonte Downs. Who came from sideline to the defense of the international pathway player? Saquon Barkley! He chirped in Downs’ ear for a few seconds before center Nick Gates joined.The sign of a leader.

Andrew Thomas sent Devante Downs tumbling with great block out in front of a Saquon Barkley run in space during an early team period.