The Giants have agreed to re-sign wide receiver Russell Shepard, as he indicated himself in an Instagram post. 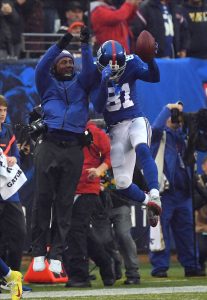 Shepard, 28, spent the first five years of his career in the NFC South, playing for the Buccaneers and Panthers before inking a one-year deal with the Giants last offseason. The former undrafted free agent had never been much of an offensive force, as he’d reached career highs in receptions (23) and yards (341) during the 2016 campaign. Shepard’s first season in New York wasn’t much different, as he posted just 10 catches for 188 yards and two scores.

Last year, Shepard’s one-year deal with the Giants had a base value of $1.25MM and contained roughly $750K in incentives. Details of his new pact haven’t been announced, but Shepard likely inked a similar accord.